Racism and Police Violence in Chicago: Q&A With Flint Taylor 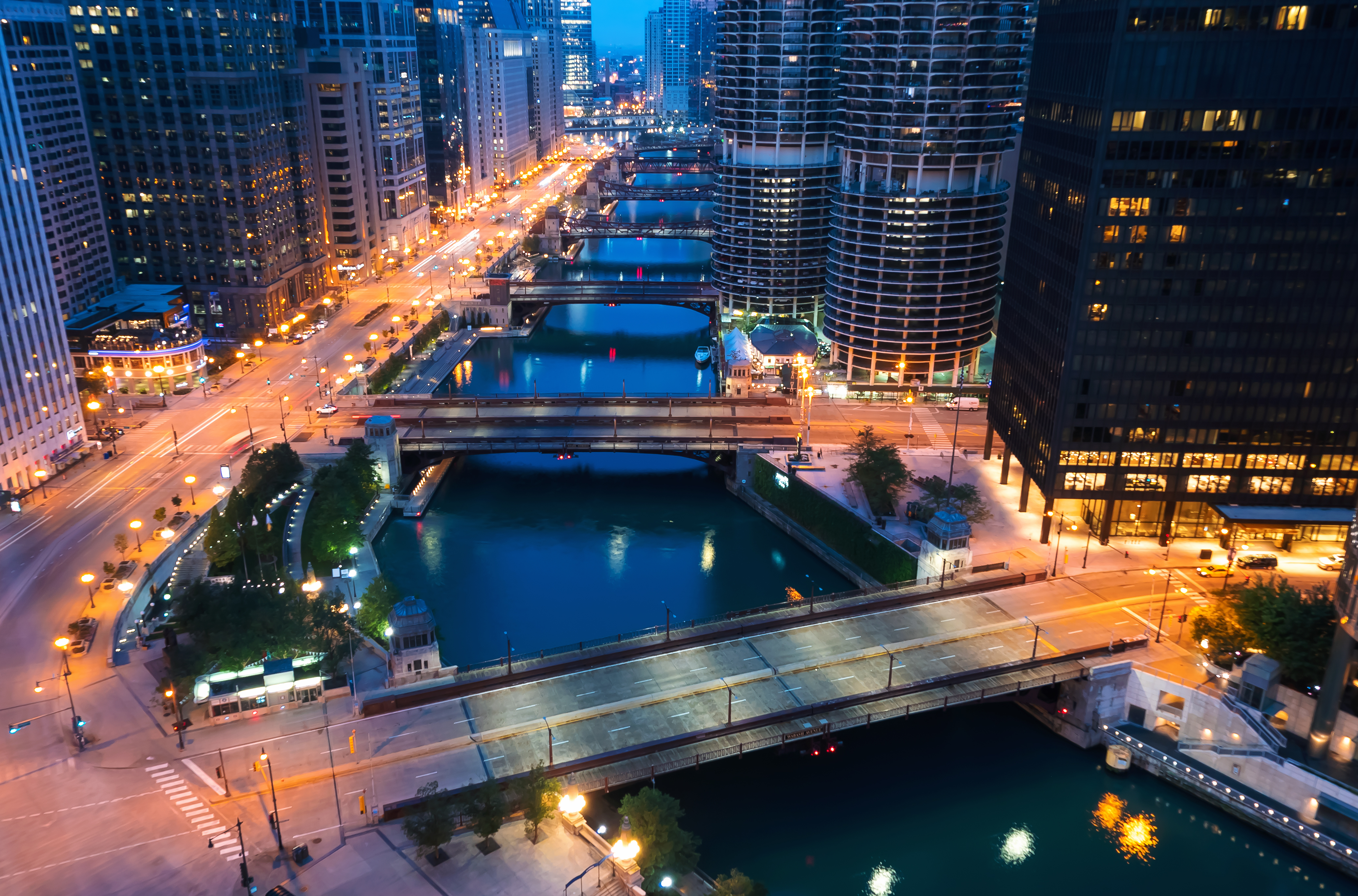 Editor’s Note: Attorney Flint Taylor of the People’s Law Office in Chicago, who was a 2018 recipient of the Chicago ACS Chapter’s Abner Mikva Legal Legends Award, has recently published a book, titled The Torture Machine, Racism and Police Violence in Chicago. Given the historical and current significance of this book to both the legal and human rights communities in Chicago and nationally, we are republishing, with the permission of Democracy Now!, an edited portion of the March 20, 2019 interview that Taylor did about the book, and his 50 years of work fighting against racism and for justice, with  DN!’s co-hosts Amy Goodman and Juan Gonzalez. Taylor will be discussing his book at several locations in Chicago during September, will be presenting at the CUNY School of Law on the afternoon of October 3rd and participating in a book panel at the Shomburg Center at 6:30 that evening. For more information about Taylor’s appearances, to purchase a copy of his book, or to schedule an appearance at your school or bookstore, please contact Haymarket Books at https://www.haymarketbooks.org/

AMY GOODMAN: We look at the Chicago Police Department’s long history of violence against African Americans, from the murder of Black Panther Fred Hampton to the reign of torture overseen by commander Jon Burge. The brutality of the Chicago police force is laid bare in a new book by leading civil rights lawyer Flint Taylor. It’s called “The Torture Machine: Racism and Police Violence in Chicago.” The book exposes decades of corruption and cover-ups in the Chicago Police Department. We speak with Flint Taylor, who has represented survivors of police brutality in Chicago for nearly half a century. Flint, welcome back to Democracy Now! Why did you name your book The Torture Machine?

FLINT TAYLOR: Thank you, I named it The Torture Machine for two different but related reasons. First of all is rather obvious. On the cover, the torture machine, that was the electric shock box that the notorious Commander Jon Burge and his men used on many African-American suspects over that 20-year period that you just mentioned. But also “the torture machine” refers to Chicago’s machine, the notorious political machine, often known as the Daley machine and the Democratic machine, here in the city, which not only countenanced this torture, covered it up, but also was involved at the highest levels of the police department and, yes, the State’s Attorney’s Office, when Richard M. Daley was the state’s attorney of Cook County—were involved in this conspiracy, this scandal, that has gone on for so many decades in this city.

JUAN GONZÁLEZ: Well, Flint, I want to, first, congratulate you on the book. It is really a riveting account. It’s almost a forensic analysis of decades of collusion between judges, politicians, prosecutors and the police to basically engage in systemic human rights violation. But you start the book with an incident that, for many young people today, is not even part of history, but it’s not often covered history. And you make the statement that the killing of Fred Hampton and Mark Clark really was a seminal moment in the development of Chicago, in the modern history of Chicago. And I’m wondering if you could first give us a sense of why you believe that’s so,

FLINT TAYLOR: On December 4th, 1969, 14 Chicago police officers working under the control of the state’s attorney of Cook County—at that time, Edward Hanrahan—raided a West Side apartment where Black Panthers were sleeping. And one of those Black Panthers was the chairman of the Black Panther Party, Fred Hampton, a charismatic young leader, who was targeted not only by the police, but by, it turns out, the FBI. And that raid, which was covered up, was claimed to be at first a shootout, was later shown to be a total shoot-in. And then, over the years, as we and others were able to litigate a case in federal court, we were able to show not only that this was a vicious, racist attack on the Panthers and its leadership, where two men were killed and many others wounded, but it was part and parcel of the FBI’s COINTELPRO program, the counterintelligence program devised and implemented by J. Edgar Hoover over the years, which in the late ’60s targeted the Black Panther Party, and specifically Fred Hampton in Chicago, and, in fact, that the raid on the apartment was part of this COINTELPRO program.

JUAN GONZÁLEZ: And, you make the point in your book that that was the beginning of the mass resistance of the black community that eventually led to the election of Harold Washington as the first black mayor of Chicago. . . . [Film Clip about Hampton case shown] . . .  And so, Flint, the reality was, as you document in your book, that this was actually a direct assassination and that there was a long struggle, on your part, to—because you were there. You were able to get to the house the very day that Hampton was killed. Could you talk about this conspiracy to kill one of the rising radical leaders of the black community?

FLINT TAYLOR: Well, we see now—and it was uncovered during our trial in the ’70s—that the COINTELPRO program targeted black liberation organizations and leaders. And they specifically named targets—Dr. King, Stokely Carmichael, Rap Brown, Elijah Muhammad—and pointed to Malcolm X, as well. And as the Panthers rose and became powerful, first in Oakland and later in Chicago—as you can see from the clip what a charismatic, young leader, at 21, Fred Hampton was—Hoover and his people focused on the Black Panther Party and, specifically in Chicago, on Fred Hampton.

They had an informant in the Black Panther Party by the name of William O’Neal. He sketched out a floor plan that showed where Hampton would be sleeping. They went to the apartment. They supplied that floor plan to the police—the FBI did. They went to the apartment in the early-morning hours. And Fred was asleep. It appeared that he had been drugged by O’Neal or some other agent. And he was murdered in his bed.

Over the years, we uncovered documents that showed this floor plan. That was all covered up, as well. It showed that the FBI took credit for this raid as part of its COINTELPRO program. And it showed even that O’Neal, after the raid, was given by Hoover and the people in Chicago a $300 bonus, what we later called the “30 pieces of silver” for the informant, O’Neal, for setting up the raid. So, he was receiving from Hoover a bonus for the success of the raid at the same time he was serving as a pallbearer in Fred Hampton’s funeral.

AMY GOODMAN: Flint Taylor, you pursued this case civilly for 13 years. What came out of it?

FLINT TAYLOR: Well, a lot of what I’ve just mentioned came out of it. The narrative shifted over the years, thanks to the community, thanks to the Panthers and thanks to the lawsuit that we filed. And as you could hear from the clip, the position that the police took—and they thought they were going to get away with it scot-free—was that this was a shootout, that these were vicious Black Panthers, all of that. Well, because we and the Panthers went to that apartment, we were able to show that it was a shoot-in. We were able to change the narrative to the fact that it was an unjustified and violent shoot-in by the police. But over the years, as we were able to join the FBI in the case, we were able to uncover these FBI documents that showed that, yes, it was not just a murder, it was not just a shoot-in, but it was an assassination. It was a political assassination straight from Washington and the FBI.

JUAN GONZÁLEZ: Flint, very shortly after the murder of Fred Hampton, you got involved in another case of the Wilson brothers, and which began the uncovering of the Jon Burge scandal, that, again, would take you decades, really, to finally get some measure of justice.

FLINT TAYLOR: Yes. The Wilson case arose in February of 1982. Two white police officers were shot and killed. The two black perpetrators had escaped. And the city of Chicago, under [Mayor] Jane Byrne and Police Superintendent Brzeczek, set out on the most vicious and terroristic manhunt in the history of the city. They terrorized the black community. They kicked in doors. They dragged people out of their houses. If they thought that they had some information about the killings, they tortured them. They tortured them with suffocation. They tortured them with all kinds of medieval types of torture. They finally found the two people who the eyewitness identified as the persons who were involved in the crime. And the person who was identified as the shooter was Andrew Wilson.

Andrew Wilson was taken back to a police headquarters on the South Side of Chicago. And this notorious commander, who at that time was a lieutenant in charge of the manhunt, by the name of Jon Burge, led the torture of Andrew Wilson that included electric shock with the torture machine, that is mentioned and depicted in my book, and suffocation with a bag. They handcuffed him across an old, ribbed steam radiator and electric-shocked him so that he was burned across his chest. And they also burned him with cigarettes, beat him and got a confession from him.

This came out at that time, but nobody really cared. The state’s attorney of Cook County, Richard Daley, was informed specifically by a doctor and the police superintendent about this torture, and he chose to do nothing about it. Because he did nothing about it, Burge was able to, in the next 10 years, torture another 75 individuals—all African-American men.

And a few years after that, Andrew Wilson, who had been sentenced to death, filed a pro se complaint in federal court challenging his torture and suing Burge. That’s how we got involved. During his trial, an anonymous police source, who we later dubbed as “Deep Badge,” started to give me information that laid out exactly the map of what had happened, the systemic nature of the torture, the fact that Daley and his surrogates were involved, that the police superintendent, that the mayor were all involved.

And we followed that map, basically, for the next 20, 30 years, even as we sit here today, to uncover evidence that supported the idea that this was a systemic torture. This was something that sent people to death row. This was something that convicted innocent people. And, ultimately, all of this led to Burge’s firing. It led to, many, many years later, his conviction for obstruction of justice for lying about the torture. And, of course, it led to the remarkable reparations that the city of Chicago granted to the survivors of police torture and their families here a couple of years ago.

AMY GOODMAN: Flint Taylor, we’re going to break. This is Democracy Now! Flint Taylor, attorney with People’s Law Office, known as the PLO, has represented survivors of police torture in Chicago for nearly half a century. His new book, is The Torture Machine: Racism and Police Violence in Chicago.