ACS > ACS Blogs > Expert Forum > This blog is part of a Black History Month series celebrating the contributions and achievements of African Americans.

Public Service Means to "Go Where the Problems Are" 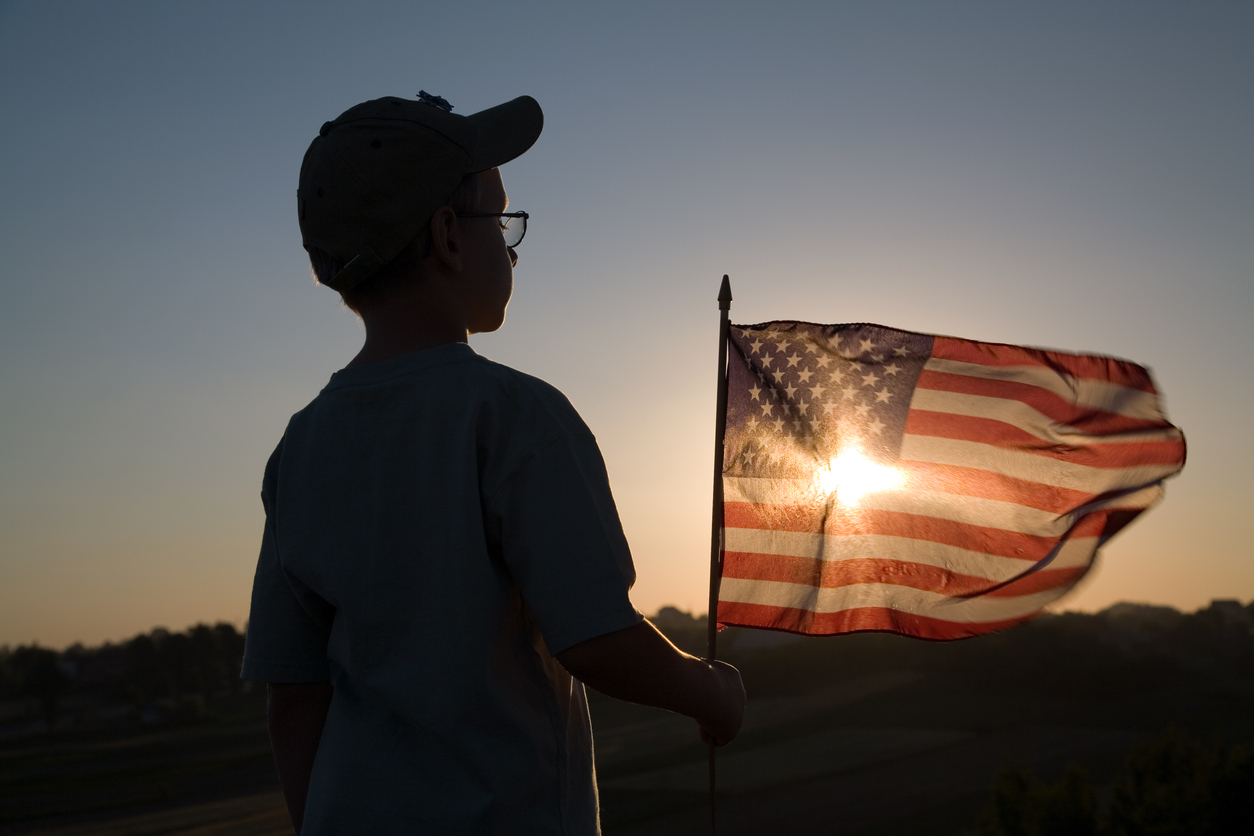 My passion for social justice began with my family history. My father marched at Selma with John Lewis. He participated in “Freedom Summer” in Mississippi to register Black voters and build freedom schools. He desegregated his community college. His father—my grandfather—was a Montford Point Marine, one of the first Blacks to serve in the Marine Corps. My mother counseled students in public schools for three decades. Her mother—my grandmother—worked as domestic help for white families during the Jim Crow era.

My family routinely discussed what citizenship meant to us. It is about active service. The idea that we should do something greater than ourselves and make the world reflect not what it is, but what it ought to be.

With those values firmly rooted, this Black kid born in a small town in Mississippi would go on to attend some of the most elite schools in the country. But the value of making a difference in the lives of others, especially in the arena of civil rights, would be a fire that would continue to burn in me. I played football at Stanford but also led campus protests to protect Black studies programs. I studied abroad at Oxford, but I also interned in the White House Office of the Chief of Staff. I was one of the first Black editors in chief of a journal at the University of Virginia Law School, but I also helped create the Law School’s Center for the Study of Race & Law.

My educational journey taught me an important lesson: personal achievement and service can go hand-in-hand. And you don’t have to wait until you arrive at your destination in order to create your legacy. Rather, each of us can make a positive difference wherever we are, right now.

I began my legal career clerking for two esteemed federal jurists: Judge Carl E. Stewart on the U.S. Court of Appeals for the Fifth Circuit and Judge Alexander Williams, Jr. on the District Court for the District of Maryland. I am the first person in my family to attend law school. Clerking provided me with two lifelong mentors.

After clerking, I began my career in public service through a post-graduate fellowship. I was fortunate to be selected as a Francis D. Murnaghan Fellow, a fellowship named after a former Fourth Circuit progressive jurist. I worked at the Public Justice Center, a Baltimore-based anti-poverty nonprofit dedicated to impact litigation, in its appellate section. During my fellowship, I argued an appeal against a major company for wage abuse and testified before a state legislative body against the state’s felony disenfranchisement law.

I believe public service lawyers should “go where the problems are,” meaning they should be on the front lines of the major social injustices of the day. In 2006, the major civil rights issue of the day was the reauthorization of the Voting Rights Act, perhaps the most important civil rights legislation in America. Voter suppression was and continues to be a problem. I desired to be on the front lines of the fight to combat voter suppression, so I joined the powerful Senate Judiciary Committee. I spent the next four years working as a counsel to Senator Patrick Leahy, the chairman, focused on civil rights, judicial nominations, criminal justice reforms.

During my time on the Judiciary Committee, I helped to negotiate the passage of major social justice legislation. From reducing the sentencing disparities between crack and powder cocaine from 100 to 1 to 18 to 1 to passing the first civil rights protections for the LGBTQ community in the form of a hate crimes statute to enacting into law a bill arming the Justice Department with stronger tools to pursue unsolved, decades-old murders of civil rights activists, I had the chance to work on issues that make a far-reaching impact. In addition, I advised on the confirmation hearings of hundreds of judicial and executive branch nominees, including the historic confirmation hearings of Justices Sonia Sotomayor and former Attorney General Eric Holder.

I next began working at the Justice Department’s Civil Rights Division. I served in the Appellate Section where I briefed and argued civil rights appeals. I am particularly fond of having argued against the Alabama State Solicitor General, where I successfully defended the constitutionality of a civil rights statute. Soon, I joined the Division’s front office to advise on civil rights policy issues. In this role, I advocated before members of Congress and their staffers on civil rights priorities and defended the Division in congressional investigations.

In 2013, I became a federal prosecutor in Seattle. Prosecutors have significant discretion in our justice system to bring or dismiss charges and advocate for appropriate sentences. Motivated by a desire to work from the inside to fix our justice system, it was an honor to serve alongside dedicated career prosecutors.

After the police killing of Michael Brown in Ferguson, Missouri, I believed this was my generation’s Selma moment and I returned to Capitol Hill to once again “go where the problems are” and make a difference. I served as Senator Cory Booker’s senior counsel, where I led all of his criminal justice reform work. I helped to negotiate legislation that would turn into the landmark First Step Act, the first time that Congress would take on mass incarceration and attempt to reduce mandatory minimum penalties that drive over-incarceration. I also worked on legislation addressing police misconduct and helped enact into law a bill on “ban the box” to ensure returning citizens are not discriminated against in federal jobs.

I later became Senator Feinstein’s legislative director. I supervised legislative assistants and served as the principal policy advisor to the Senior Senator for California. I also served as chief of staff to a freshman member of Congress where I helped to establish a new congressional office, led multiple congressional offices, and advised a member of Congress on her political, communications, legislative, and in-district agenda.

My legal journey has been deeply influenced by people along the way who molded my passion for social justice into a deeper understanding of the historical and political context of injustice. I am thankful to have learned from scholars, like Clayborne Carson and Lucius Barker, who taught me to see our brilliant, yet unfinished, multi-racial democracy not as it is, but as it could one day be. “We the People…in order to form a more perfect Union” are not just words from an old parchment whose value no longer resonates. Rather, it is a call to action that serves to inspire the present. And each of must do our part to make this Union more perfect.

I became a lawyer because I was moved by the actions of civil rights lawyers before me. I admired people like Charles Hamilton Houston who created the legal strategy to end legalized segregation to Thurgood Marshall and Constance Baker Motley who fought to end America’s Jim Crow legacy to A. Leon Higginbotham whose seminal book Shades of Freedom described both the potential of the law to either eliminate or perpetuate racial injustice. I recall Mr. Houston’s profound statement that a “lawyer is either a social engineer or a parasite to society,” and I desired to use my legal career to become an agent of social change.

Even in the private sector, I have continued to fight the good fight. Following the police killing of George Floyd, who was from my hometown of Houston, I once again wanted to “go where the problems are” to work on the issue of police reform. As a counsel at a global law firm, I represented a national civil rights nonprofit organization in advocating before Congress for the passage of the George Floyd Justice in Policing Act, the major legislation that passed the House of Representatives last year seeking to reform how we do policing in America. I have also counseled nonprofits on civil rights and criminal justice reform legislation.

As activism on police violence and justice reform sweeps our nation, we face a moral imperative to reimagine our justice system. We lock more people behind bars than any place on Earth. We have more people of color behind bars or on supervision than all the slaves in 1850. And we strip millions of people of their basic civil rights, including the rights to vote, serve on juries, and to be free of legal discrimination in jobs, housing, and public benefits. To paraphrase Professor Michelle Alexander, the notion that once a person commits a crime, they are rendered permanently disposable is the very idea that has rationalized mass incarceration.

We are all complicit when we tolerate injustice. Yet, we remain agnostic to the powerful forces that allow mass incarceration to devastate communities and destroy human potential. Perhaps the most harmful racial implication of mass incarceration is that it frames Black people as the problem. We define Blacks as criminals when they stand at the bus stop, sit with friends in a local coffee shop, jog in a suburban neighborhood, or simply walk home from work. This must cease. We must move away from sympathy to action. We must move from thinking of reforms to thinking about reimagining policing, which requires that we ask ourselves a basic but fundamental question: what does society want police to do? And we must recognize, as police have been telling us for decades, that we require them to do too much. In the end, how we choose to fix or not fix our broken justice system—which undermines basic human dignity—is the human rights challenge of our time.

One of my heroes, Rep. John Lewis, once said that “Democracy is not a state, it is an act.” This means that we must choose to actively participate in ensuring our democracy lives up to its promises. That is why I believe in the American Constitution Society’s mission to promote progressive values is needed now, more than ever. As we celebrate Black History Month, I have every confidence that ACS will continue to lead the way in promoting the progressive values that continue the centuries-long struggle to create a truly inclusive democracy.

Roscoe Jones is a counsel at Gibson Dunn. He has advised three US Senators and a member of Congress. He teaches at the University of Michigan and Yale Law Schools and taught at the Harvard Kennedy School and Georgetown University Law Center. He serves on the Board of the American Constitution Society