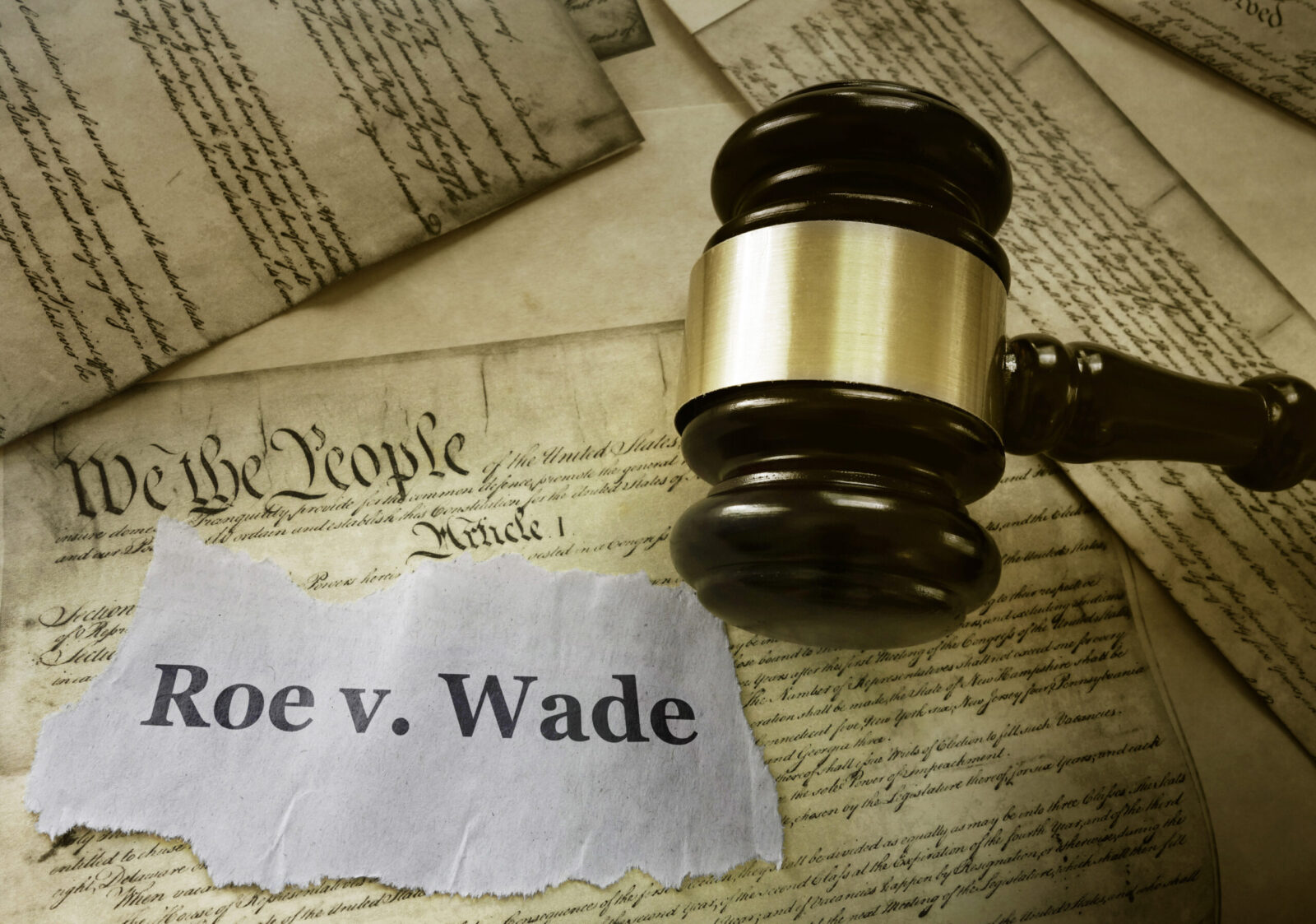 On September 1, the U.S. Supreme Court allowed a Texas law known as Senate Bill 8 (SB8), that bans abortion after embryonic cardiac activity can be detected (typically at 6 weeks) to go into effect. Not since Roe v. Wade was decided in 1973 has the constitutional right to abortion been in such dire peril as it is now, along with the nearly fifty years of precedent built upon Roe. As grim as this new reality is for abortion, what this says about the state of our highest court could be equally damning for other core constitutional rights.

Texas is not the only state to have passed a so-called “heartbeat bill,” so why is this one particularly dangerous?  Let’s start by noting that six weeks is before most people even realize they are pregnant, much less have the opportunity to receive abortion care from one of few providers in the state by the state-imposed deadline.  As a result of SB8 taking effect, Texas abortion clinics are estimating that they will be forced to turn away about 80 percent of all patients.

But more alarming, SB8 goes further than simply banning abortion. It turns private citizens into bounty hunters, incentivized by a $10,000 bounty from the state to turn in anyone who helps a pregnant person obtain an abortion in violation of SB8. Today, in the state of Texas, abortion is essentially banned, and the state has turned its citizenry into state-sponsored vigilantes.

As Ian Millhiser noted, “SB8 is unlike most other laws in that it was written to prevent courts from blocking it before it takes effect.”  Anti-abortion activists designed one of the most restrictive bans in the country, empowered private citizens to recklessly enforce it, and created a procedural trap door through which ultra-conservative judges can escape without technically overturning Roe.

Our highest court was given the opportunity to stay the law, preventing it from taking effect while legal challenges worked their way through the court system. It took nearly 24 hours for the Court to formally announce that it was, instead, allowing SB8 to remain in place, in an order released in the dead of night on what is called the “shadow docket.”

The shadow docket is what Professor William Baude has defined as “a range of orders and summary decisions that defy its normal procedural regularity.” For a majority of justices on our highest court to not just nakedly disregard fifty years of precedent, but to do so on the shadow docket, is particularly damning and telling of how far this conservative majority will go to reshape jurisprudence according to their political whims.

The Court’s decision on SB8 completely disregards the real impact that this law will have on pregnant people, particularly marginalized people. As many commentators have noted, pregnant people with financial means will retain access to abortion by being able to travel out of state. Instead, SB8’s greatest harm will be to pregnant people of color and other pregnant people who are marginalized and lack the resources to cross state lines to access an abortion. As Justice Sotomayor wrote in her dissent, “a majority of Justices [] opted to put their heads in the sand” about this real-world impact and hide behind procedural fig leaves.

With the Supreme Court’s unwillingness to protect Texans’ constitutional rights, other conservative state legislatures are expected to enact similar bills. State legislators in Florida already announced that they intend to pass an identical bill. We are in unchartered territory for the twenty-first century.

Abortion advocates sounded the alarm early on when the Court took up Dobbs v. Jackson Women’s Health Organization on the sole question of “whether all pre-viability prohibitions on elective abortions are unconstitutional.” Now they and many more legal scholars believe that the Court’s treatment of SB8 bodes poorly for what is to come later this term.

In 2019, Chief Justice Roberts was the deciding vote in preserving Roe, but his concurring opinion in June Medical Services v. Russo opened the door to even greater regulations on access to abortion care.  Since 2019, Justice Amy Comey Barrett replaced Ruth Bader Ginsburg on the Court, creating a conservative super majority wherein Chief Justice Roberts is no longer the deciding vote. With five ultra-conservative justices now on the Court, the wheels may be fully off. This week, these five justices gutted Roe by allowing SB8 to go into effect, and they will soon have the opportunity to formally overturn Roe when the Court rules in Dobbs later this term.

This new reality did not come about by happenstance. These recent blows to reproductive rights are the result of a decades-long campaign by anti-choice conservatives. Since the decision in Roe was first announced, anti-choice activists and donors have targeted state legislatures and the federal judiciary with ruthless efficiency. Senator Mitch McConnell’s machinations, often flying in the face of senate history and democratic norms, enabled then-President Donald Trump to appoint three anti-choice justices, who now make the difference in these cases.

McConnell and Trump’s unwavering commitment to overtaking the federal judiciary did not stop with the highest court in the land – the pair flooded lower courts with anti-choice judges, flipping the balance of power of many circuit courts in the process. With strangleholds on these levers of power, buttressed by gerrymandering, voter suppression, and unlimited dark money, anti-choice advocates launched what Representative Ayanna Pressley has described as a “coordinated, systemic attack” on reproductive rights, particularly the right to abortion care.

Even while Roe remained respected precedent before now, the Court has been increasingly willing to allow restrictions on access to abortion, turning the right to abortion into a right in name only for many.  As anti-choice advocates won majorities at the state legislative level, they have passed more and more restrictive abortion laws, called TRAP laws (short for Targeted Restrictions on Abortion Providers). These laws seek to impose strict regulations on abortion providers, which experts say go “beyond what is necessary to ensure patients’ safety,” with the effect of driving abortion providers out of business and thus practically restricting access to abortion care in that state. Many states have also passed “trigger laws,” laws which would immediately ban abortion in those states in the event that Roe is overturned.

Federal courts matter for reproductive rights. The Right has understood this for decades and has finally succeeded in flipping the table to where many federal courts are anti-choice enforcers. Without changes to our judiciary, including Supreme Court reform, the courts may soon serve more to obstruct reproductive rights than to protect them. As long-time advocates Kitty Kolbert and Julie Kay have said, “we need to stop banging our heads against the supreme court’s marble walls.”

Federal legislation could codify Roe, make medication abortion more accessible, end the prohibition on federal funding for abortion care, and make many other improvements to increase access to and better protect the right to abortion, but such legislation would currently need to make it past a filibuster in the 50-50 Senate. As federal courts prove hostile to reproductive rights, advocating for abortion care will become increasingly tied to advocating for filibuster reform, voting rights, and independent redistricting.

Progressives should not give up on the courts, however. While the focus is currently on abortion rights, if a majority of justices are willing to disregard Roe, one of the most well-known and enduring precedents of the modern era, it is hard to imagine what precedent is safe. Any legislative win will be vulnerable if progressives’ pro-choice strategy does not include and achieve Supreme Court reform. To advance progressive policies, whether they be reproductive rights, voting rights, or labor rights, progressives must support and advocate for Supreme Court reform.