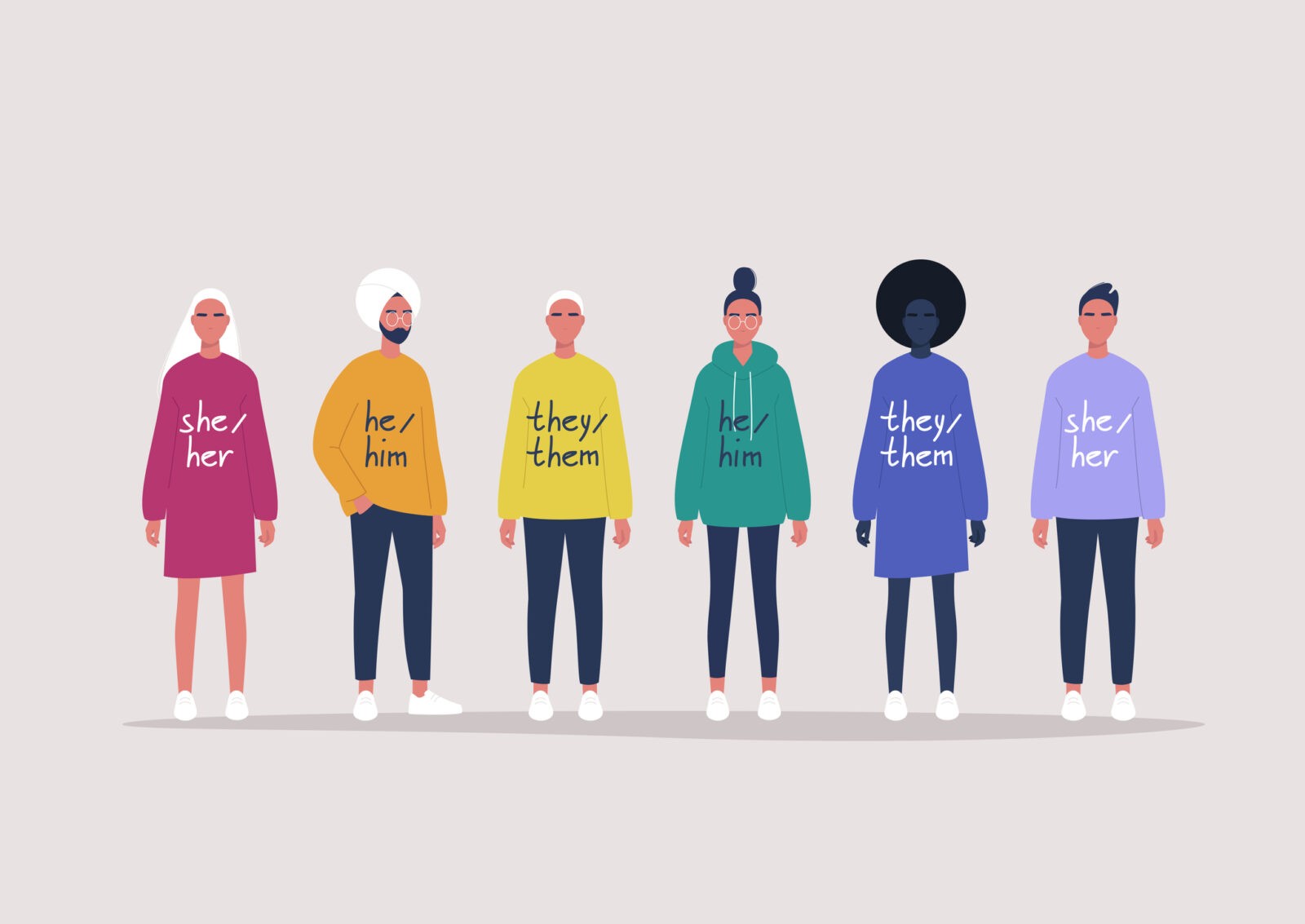 Is a college professor free to insult a transgender student by denying her gender identity, then escape discipline by invoking “academic freedom”? According to a recent decision from the Sixth Circuit U.S. Court of Appeals, Meriwether v. Hartop, the answer is yes.

The Meriwether opinion is not only wrong in its conclusion; it is, as I will explain, disingenuous and a classic example of motivated reasoning. If you want to see what federal courts look like when they are controlled by activist-conservative judges who bend law to carry out their own agendas, you could find no better example than Meriwether.

First, some background. As part of its anti-discrimination policy, Shawnee State University in Ohio requires a teacher to honor a student’s designated honorific and pronouns. Nicholas Meriwether is a Shawnee State philosophy professor and an evangelical Christian. He believes “God created human beings as either male or female” and that sex “cannot be changed, regardless of an individual’s feelings or desires.” “Jane Doe” was a student in Meriwether’s class. Doe appeared outwardly male but identifies – and asked to be addressed – as female.

Based on his religious beliefs, Meriwether refused to address Doe using “Ms.” or feminine pronouns. The school investigated and gave Meriwether a written warning. Meriwether sued Shawnee State under, among other theories, the First Amendment. The district court dismissed his claims, but the Sixth Circuit reinstated most of them.

From the outset, the Sixth Circuit tells us Meriwether is about “academic freedom.” The term occurs 16 times in the 32-page opinion, and the court devotes substantial discussion to academic freedom cases from the Supreme Court and lower courts.

Academic freedom is a peculiar area of law, because it is grounded both in constitutional principles and in the unique traditions of universities and the academic profession. It refers principally to a faculty member’s freedom to engage without undue interference in research or creative activity, and to convey the fruits of those labors through writing, teaching, or public service. Academic freedom overlaps with, but also diverges in important ways from, the free-speech law of the First Amendment.

Unlike many rights, the theoretical justification for academic freedom is not individual liberty, but rather social good. According to the foundational and influential declaration issued in 1915 by the American Association of University Professors, academic freedom exists so that universities may “promote inquiry and advance the sum of human knowledge,” educate students, and “develop experts for various branches of the public service.” Moreover, academic freedom protects scholarly expertise, not mere personal (or religious) opinions. Accordingly, the AAUP declaration explains,

The liberty of the scholar within the university to set forth … conclusions, be they what they may, is conditioned by their being conclusions gained by a scholar’s method and held in a scholar’s spirit; that is to say, they must be the fruits of competent and patient and sincere inquiry.

All this makes clear why Meriwether is not, in fact, about academic freedom. Meriwether’s views about transgender people and pronouns are not grounded in his scholarship or academic expertise; they were not “gained by a scholar’s method.” Rather, as his Complaint makes clear, they are based solely on “the Bible” and his “sincerely held religious beliefs.” Meriwether’s objection to Shawnee State’s policy was personal, not professional; religious, not academic.

Moreover, because a university has an educational mission to accomplish, academic freedom does not make a professor like Meriwether a law unto himself just because he’s in a classroom. If assigned to teach political philosophy, he cannot choose to lecture on Mozart or math or the Book of Romans. He may be required to take attendance, or provide a syllabus, or teach on Fridays. There is no “academic freedom” objection to such regulation of conduct.

Why, then, does the Sixth Circuit insist “academic freedom” is at stake here? One reason might be that it lends gravitas to Meriwether’s position – which is simply that he wants his Biblical views and religiously motivated speech to prevail in the classroom. Understood that way, he has no First Amendment argument.

Another explanation is that the three judges on the panel – two appointed by Donald Trump, all generally acknowledged as conservatives – were eager to jump into the culture war over campus political correctness. Meriwether has acknowledged that he’s waging this fight to challenge what he calls a “leftist” campus culture “firmly in the grip of identity politics.” He has the backing of a prominent Christian legal group. The Sixth Circuit apparently wants him to know they have his back.

In all the ways judges can slant an opinion, spin precedent, and employ rhetorical devices to reach the conclusion they want, the Meriwether panel flaunts its biases. The court privileges Meriwether’s identity as a “devout Christian” and portrays him as a persecuted victim, while it displays no regard for the student’s rights over her identity. (In fact, the court suggests she should have been happy with Meriwether’s “compromise”: using only her last name, while he still used the respectful “Mr.” or “Ms.” for other students.) The court paints the university as a bully and slights the school’s interest in creating a classroom environment where transgender students are not demeaned. It warns darkly against colleges becoming “enclaves of totalitarianism.” All this favoritism and posturing, like the court’s misuse of academic freedom, makes Meriwether less a piece of adjudication than a manifesto.

To be sure, free speech on campus needs robust defense today more than ever (and for that reason I am proud to be a founding member of the new Academic Freedom Alliance). But by creating a professor’s religious right to demean the dignity of his students, then dressing it up with the noble label of “academic freedom,” the Sixth Circuit harms the cause of genuine academic freedom.

If the Sixth Circuit’s first erroneous premise is that Meriwether has a right to enact his religious beliefs in the name of academic freedom, its second erroneous premise is that Shawnee State’s policy represents the imposition of “orthodoxy” (a word which appears seven times in the decision) on a contested cultural issue. In requiring professors to address students consistent with their gender identity, the university, according the court, violated the First Amendment by compelling Meriwether’s speech and imposing a substantive political viewpoint.

The Meriwether court is not wrong when it observes that pronouns are the subject of political and cultural controversy, and that they can “convey a powerful message implicating a sensitive topic of public concern.” But it goes off the rails when it insists that Shawnee State “silenced a viewpoint,” “punished a professor for his speech,” and sought to “compel ideological conformity.”

What the court calls a “pronoun policy” is also a policy about honorifics – the term for prefixes like “Mr.” or “Ms.” The Oxford dictionary defines an honorific as a “title or word implying or expressing … politeness, or respect.” And so, the university’s policy is best understood as creating a respectful, and thus more effective, classroom. Requiring that a professor defer to an honorific requested by a student, based on the student’s self-concept of their own gender, is a small way of mitigating the hierarchical environment of an academic community. It is a ministerial requirement (that is, a duty that does not involve the exercise of professional discretion) analogous to neutral, general requirements that a professor call roll or provide a syllabus.

No, the Meriwether court counters, the pronoun policy is not neutral and ministerial, because “titles and pronouns carry a message. The university recognizes that and wants its professors to use pronouns to communicate a message: People can have a gender identity inconsistent with their sex at birth.” Let’s assume the anti-discrimination policy is indeed informed by that view (which, by the way, represents accepted scientific thought, not mere woke diktat). Still, it does not logically follow that the school’s motive is to compel its professors’ speech.

This is a variation on the argument, made in the Masterpiece Cakeshop case by the same lawyers who now represent Meriwether, that in furnishing a cake to a gay couple in compliance with an anti-discrimination law, the baker was somehow endorsing same-sex marriage. But just as “[n]o one looks at a wedding cake and reflects, ‘the baker has blessed this union,’” no reasonable student would think a professor obeying Shawnee State’s anti-discrimination policy was expressing a personal view on the science or philosophy of gender. In the language of First Amendment doctrine, this case is not about “speech on a matter of public concern.”

With its sermonizing about a “pall of orthodoxy” and “struggle over the social control of language,” the Sixth Circuit’s opinion obscures a number of crucial points. There is no evidence Meriwether was told what he could or could not teach in the classroom, as long as it was drawn from his academic expertise. There is no allegation the university dictated the actual content of Meriwether’s teaching or class discussions.

Stretching to tie the anti-discrimination policy to teaching, the court insists that Meriwether’s desire to call his students by what he terms “biologically appropriate pronouns” is an essential part of the classroom “free exchange of ideas.” That critical leap of logic is unpersuasive, and it betrays the court’s own tendentious activism. The Sixth Circuit courtroom is also a place where ideas are vigorously exchanged. But courts enforce rules of decorum, and you are not free to express your views about opposing counsel’s argument (or the judges) by calling them by whatever name you personally deem “appropriate.”

Even more significant, there is no allegation Meriwether was forbidden from complaining about the policy in an op-ed column, a meeting of the Faculty Senate, or an article in a professional journal. (Those things would be speech on a matter of public concern and protected by academic freedom.) In short, in no meaningful sense did Shawnee State “silence” his speech or “stifle debate.” It just said Meriwether could not invoke his religion to insult his students’ dignity while addressing them in the classroom.

A portent for the future?

In siding with Meriwether, the Sixth Circuit validated a claim that is hypocritical. Meriwether claims a privilege for his own freedom of conscience on a deeply personal matter (his religious beliefs). Yet he demands the right to use those beliefs to override someone else’s freedom of conscience on the deeply personal matter of their own gender identity. What gives him the right to do that? Can that really be with the First Amendment requires?

Professor Andrew Koppelman calls Meriwether an example of “religion always wins” jurisprudence. Without vigorous analysis and criticism of the activism we see in Meriwether, it is the sort of jurisprudence we may see more of from courts where Republican appointees feel free to bend the law to advance their own ideology.