Pride: An Opportunity to Pause and Reflect 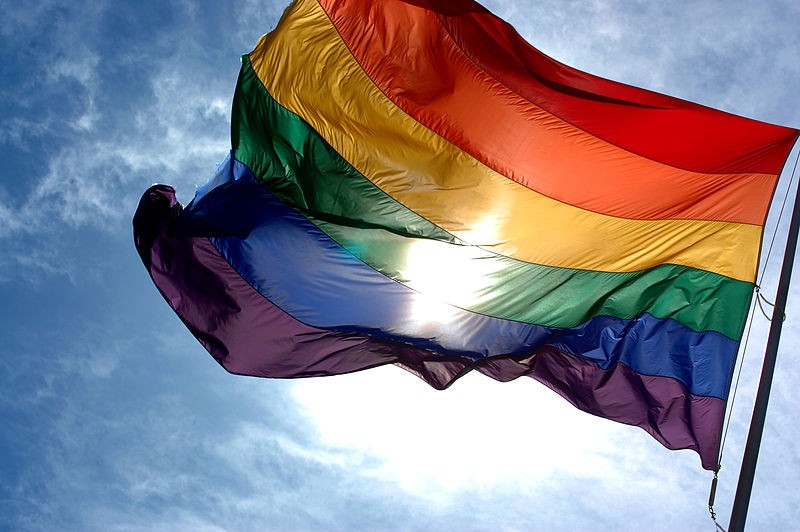 When I was asked to write a comment about what Pride month means to me and Dwayne, my partner in life and love for 16 years, I was admittedly stumped at first. We often breeze through June without really considering its importance. But Pride offers a good opportunity to pause and reflect on our relationship and careers in the broader context of the LGBT movement.

Dwayne likes to joke that he learned all of my flaws on our first date. Red flag number one? I had just moved back to Arkansas and ended a relationship, so I was more or less living out of my car and couch-surfing. Not a great look for someone trying to impress. Second warning sign? I asked the restaurant to split the tab for dinner. Nobody wants to date a cheapskate. But the flashing red light? When our conversation kept going until midnight, I told Dwayne that I had to make a choice: I had the LSAT the next morning, so I needed to either end the date and take the test, or keep chatting and skip the LSAT. I skipped the LSAT, and sixteen years later, our conversation is still going strong — I also like to point out that those same stories also show that I am resilient, frugal, and spontaneous? But I digress.

Dwayne and I ended up going to law school together at the University of Pennsylvania (although he deferred his first two years to do Teach for America). Neither of us had lawyers in our family — indeed, neither of my parents graduated high school, much less college — so neither of us had the slightest idea about what we were doing. We managed to make decent grades. But more importantly, we made lasting friendships and learned incredibly valuable lessons, in part through our involvement with two groups: Lambda Law, the LGBT-affinity group, and ACS.

In Lambda, we found a group of smart, involved, confident LGBT folks who wanted to make a positive change in the world with their careers. Lambda gave us a sense of belonging, something new for two gay boys from the wrong side of the tracks in Arkansas. Lambda also taught us the value of activism. We protested the military’s discriminatory Don’t Ask, Don’t Tell by doing “sit-in” interviews with the military recruiters. We marched in support of gay rights.  We celebrated during Pride month. Lambda also organized academic panels on gay marriage, an idea that was but a twinkle in Justice Kennedy’s eye at the time. Being surrounded by folks with a shared sense of identity and similar experiences helped us get more comfortable in our own skin.

ACS gave us a different sort of education. Prior to law school, we were not familiar with ACS. We only knew that we had progressive values and wanted to practice those values in our careers. Enter ACS, a group we learned about from a friend. As first-generation law students, ACS helped foster a connection to a wider community of like-minded law students and lawyers. The group was filled with people from varying backgrounds who were all working together to advance progressive goals. ACS taught us the importance of coalition-building. (Side note: ACS also gave me and Dwayne our first (and last) opportunity to do some legal advocacy together when we participated in the Constance Baker Motley Moot Court). With its wide-ranging network of advocates in legal jobs that run the gamut, our participation with ACS helped us envision ourselves as public servants. And ACS’s far-reaching community gave us contacts and a road map for how to get there. So, after two years at law firms, we both joined the government — me as a prosecutor, Dwayne at the Department of Justice’s Civil Rights Division. Since then, Dwayne has joined the ACLU.

Many people comment that Dwayne and I are an odd pairing — a federal prosecutor and an ACLU attorney walk into a bar is a good start to a joke. Those folks do not know me or Dwayne very well. Although we sometimes disagree about how to approach a particular problem, we share the same values across the board. Indeed, I’m not sure how a 16-year relationship could survive if we did not.

The same is true about how we view our roles as attorneys. To be sure, Pride is a chance to get together with friends for some light-hearted fun. But Pride also feels like more, a chance to reflect on the beauty of our community’s diversity, our resiliency, and our hope. Pride invites us to honor the progress that we have made as a community, as well as recommit to the hard work that still lies ahead. The law has been critical to advancing LGBT rights, and Dwayne and I are proud to be a part of the legal community that will no doubt continue to play an important role going forward.

So happy Pride, ACS! Shower the world with glitter, rainbows, and unicorns this month — but then get back to work because the job is not done yet!