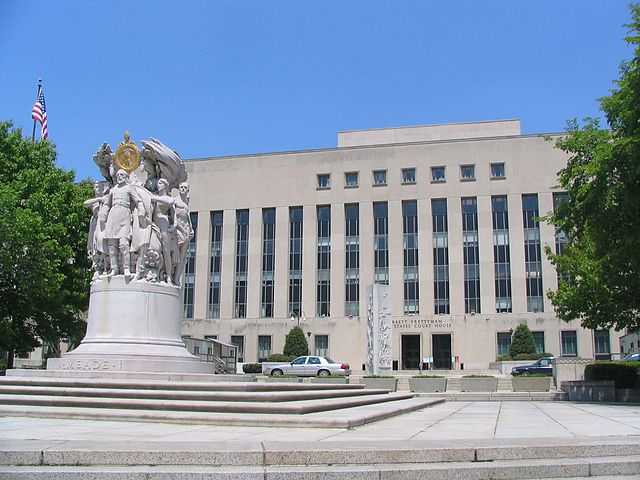 *This piece was originally posted on Take Care.

Yesterday, lawyers for Paul Manafort, President Trump’s former campaign manager, filed a civil suit in the U.S. District Court for the District of Columbia, seeking to void the appointment of Robert S. Mueller III as special counsel, set aside Mr. Manafort’s indictment, or, at the very least, curtail Mr. Mueller’s authority to investigate whatever business dealings of Mr. Manafort were unrelated to the 2016 presidential campaign.

Among other charges, Mr. Manafort was indicted on October 27, 2017 on allegations of conspiracy to launder money, conspiracy against the United States, being an unregistered agent of a foreign principal, and making false and misleading statements under the Foreign Agents Registration Act.

Yesterday’s filing marks a lawsuit destined to go nowhere.  A New York Times story characterizes the suit as “a clever legal maneuver” either to force Mr. Mueller to reveal new details about the investigation (which would not appear so clever if the details are damning) or to help undermine Mr. Mueller’s credibility through a “protracted” challenge to the legitimacy of his authority.

Mr. Manafort’s complaint contains two counts. The first alleges that Rod Rosenstein, as acting attorney general, ignored the Justice Department’s regulations on the appointment of special counsel by giving Mueller blanket authority to prosecute federal crimes coming to his attention in the course of investigating Russian efforts to interfere in the 2016 election, even if those crimes were wholly unrelated to the campaign. Conferring such authority supposedly violated a Justice Department regulation that would require special counsel to “consult with the Attorney General, who will determine whether to include . . . additional matters within the Special Counsel's jurisdiction or assign them elsewhere.”

The second count alleges that, even if the order appointing Mr. Mueller was proper, it covered only crimes that would come to special counsel’s attention because of his own investigation. According to the complaint, the October 27, 2017 indictment of Mr. Manafort raised only “stale allegations DOJ must have been aware of for nearly a decade.” Mr. Manafort asserts he himself had voluntarily made the Justice Department aware of many of the relevant facts in 2014.

The latter count, as Marty Lederman has written, seems to be predicated on a non sequitur. Even if Justice Department attorneys were aware years ago of many of the facts ultimately relevant to the Manafort indictment, this would not “demonstrate that evidence about Manafort’s dealings with Ukraine did not ‘arise . . . directly’ from the Special Counsel’s probe into ties between Russia and the Trump campaign.”

Moreover, whether or not Mr. Manafort’s alleged crimes were sufficiently related to the Russia investigation to fall within Mr. Mueller’s jurisdiction would seem to be entirely a matter within the discretionary determination of Acting Attorney General Rosenstein. In other words, if the Acting Attorney General is satisfied with Mr. Mueller’s conduct, that would be enough as a matter of law to legitimate the Manafort prosecution. Indeed, Mr. Rosenstein’s judgment on the matter would seem to be a paradigmatic example of what the federal Administrative Procedure Act calls “agency action committed to agency discretion by law,” and therefore, not reviewable in a civil lawsuit at all.

The first count would seem a more fundamental challenge to Mr. Mueller’s authority insofar as it alleges that the May, 2017 order granting him jurisdiction exceeded authority the Justice Department had granted the Attorney General through its special counsel regulations. The problem with this theory, however, is that the measure of Mr. Rosenstein’s authority to empower Mr. Mueller is not the Department’s regulations, but the Department’s statutory authority to appoint special counsel.

There is simply no indication that Mr. Mueller proceeded against Mr. Manafort without consulting the Acting Attorney General and getting his imprimatur. Indeed, Mr. Rosenstein’s testimony before Congress on December 13, during which he stated he had seen no good cause to dismiss Mr. Mueller, strongly implies the contrary.

The Manafort suit faces at least two additional problems. First, as both Josh Blackman and Steve Vladeck have argued, a complaint about the lawfulness of a federal prosecution needs to be addressed through a defense motion in the criminal case, not in an ancillary civil action.

Second, to the extent Mr. Manafort relies on Justice Department regulations as limiting the authority of Mr. Rosenstein or Mr. Mueller, he runs into the embarrassment that the Special Counsel regulations conclude with this sentence: “The regulations in this part are not intended to, do not, and may not be relied upon to create any rights, substantive or procedural, enforceable at law or equity, by any person or entity, in any matter, civil, criminal, or administrative.”  In other words, the Department could be sued on the basis of the Special Counsel regulations only if departing from their terms violated the Constitution or a relevant statute. No such violation is apparent.

Perhaps the oddest thing about Mr. Manafort’s complaint, however—also noted by Professor Blackman—is that, even if his theories had merit, the legal violations he asserts could be easily cured by appointing another special counsel under a different order, who could then proceed with the exact same prosecution based on the exact same facts. A court might think such fastidiousness appropriate if the complaint rested on concerns of constitutional dimension. Manafort’s does not. The court is not likely to take long in so deciding.