On the Path to Gender Equality: From the 19th Amendment to the ERA 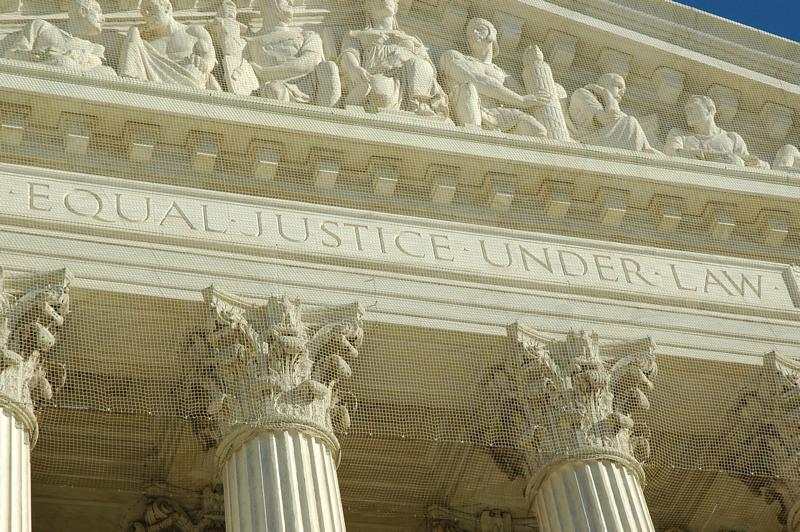 This year, the American Constitution Society honors the suffragists, who 100 years ago completed an arduous, decades-long journey to amend the Constitution and advance women’s rights in the United States.  In reflecting on their work, we are reminded that for many in the movement, access to the vote was not the final goal.  Rather, they viewed suffrage as a critical tool to address pervasive gender inequality.  In the century since ratification of the 19th Amendment, true equality for women and non-binary individuals has yet to be achieved but the fight has continued.

The History of the ERA: From Proposal to Ratification

First introduced by suffragist Alice Paul in 1923, the Equal Rights Amendment (ERA) provides that “[e]quality of rights under the law shall not be denied or abridged by the United States or by any State on account of sex.” Paul sought to build upon the success of the suffragist campaigns to further amend the Constitution and greater expand the constitutional protections for women.  She noted, “[w]e shall not be safe until the principle of equal rights is written into the framework of our government.”

While Congress would take up Paul’s amendment that same year, it would be fifty years before it passed the ERA and sent the amendment to the states for ratification with a deadline of 1979.  Congress subsequently extended this deadline by three years, but no further states ratified within that timeframe. Recently, however, advocates and activists have successfully pushed to achieve ratification in three additional states. On January 27, 2020, Virginia made history and became the 38th state to ratify the ERA, satisfying the final requirement for amending our Constitution found in Article V.

Before legislators in Virginia had taken their final vote, legal challenges were already under way. In December 2019, with newly-elected Virginia legislators indicating interest in ratification, the Attorneys General of Alabama, Louisiana, and South Dakota brought a preemptive suit in the District Court of Alabama claiming that not only did the ERA fail to be ratified by the required 38 states, only 30 states had actually properly done so as “[f]ifteen States had not ratified it, and five States had ratified but rescinded their ratifications.” Three weeks before Virginia took its final vote, the Department of Justice issued a slip opinion concluding “that Congress had the constitutional authority to impose a deadline on the ratification of the ERA and, because that deadline has expired, the ERA Resolution is no longer pending before the States.”  The next day, Equal Means Equal filed suit in the U.S. District Court of Massachusetts seeking to compel the Archivist of the United States to record Virginia’s ratification and recognize the ERA as the 28th Amendment. Following Virginia’s ratification, the Attorneys General of Virginia, Illinois, and Nevada, states that had ratified the ERA after the extended Congressional deadline expired, also brought suit against the Archivist in the U.S. District Court of the District of Columbia, claiming that “Article V does not empower Congress to dictate when a State may consider—much less ultimately ratify—a proposed amendment.”

This case eventually subsumed the Alabama case, with the Attorneys General of Alabama, Louisiana, and South Dakota joining as intervenors and dropping their separate action.

Plaintiffs in the Massachusetts case similarly argue that the deadline for ratification imposed by Congress, and subsequently extended by a simple majority vote, is an extra-textual provision, is untethered to the amendment itself, and is a “constitutional nullity.” Others have urged Congress to answer the question themselves and remove the deadline, noting that ”doing so would eliminate the argument that the validity of the Equal Rights Amendment depends on something other than Article V of the Constitution.”  In February, the House of Representatives voted to remove the deadline imposed by the 95th Congress, but the bill has now stalled in the Senate despite bipartisan support.

Despite key legislative protections found in the Equal Pay Act and Title VII, women still earn only 82 cents for every dollar made by men and the disparity is even greater for women of color.  And while the Violence Against Women Act created a federal system for addressing sexual violence and domestic abuse, Congress has failed to reauthorize the Act at a time when demand for the system has dramatically grown. Moderate gains have been made through the courts. In 1973, the Supreme Court recognized a constitutional right to choose to have an abortion, although some experts note the key holding of Roe has become a right in name only for many women. In the case of constitutional sex discrimination claims, the Supreme Court applies intermediate scrutiny to claims of constitutional sex discrimination. Many advocates believe that “there are lingering legal and policy inequities the ERA would help rectify—among these, workplace discrimination, including on account of pregnancy; paid family leave; and increased protection from violence and harassment.”

This federal patchwork of laws, regulations, and judicial doctrine provides women and non-binary individuals protection under the law, but the strength of that protection is subject to the whims of those in power at any particular moment. The Trump Administration, for example, has been actively hostile to recent gains made for gender equality – attempting to roll back regulations designed to decrease the wage gap, abandoning plaintiffs with gender discrimination claims midway through litigation, and the list goes on. Put simply, the legal tools currently available to redress gender equality are not sufficient.