No Law School Should be Named for John Marshall 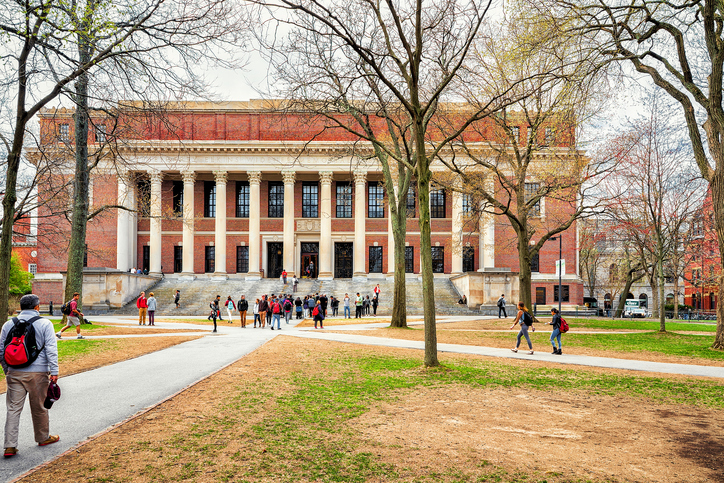 Chief Justice John Marshall may be the most influential judge in American history. He authored many decisions that shape our democratic republic even today. As a result, three law schools are named in his honor. But Marshall has another, darker, legacy—that of a slave lord who bought and sold other human beings to support his plutocratic lifestyle. Even worse, Marshall allowed his slaveholding interests to taint his work as a judge. He undermined the rule of law by ignoring precedent in cases involving slavery. He engorged power and unjustly enriched himself. Thus his full legacy, though complicated, is one we should not honor. No schools of law should bear his name.

Marshall served as Chief Justice of the United States from 1801-1835. Early in his tenure he authored the single most important judicial opinion in American history, Marbury v. Madison (1803), which established judicial review. By giving the Court power to declare legislative acts and executive actions unconstitutional, he in a sense became an unnamed co-author of all subsequent landmark constitutional decisions. Without Marbury, there could be no Dred Scott nor Brown. Hard to overstate his influence.

We celebrate his legacy in many ways, most notably, by having named three law schools in his honor, in Chicago, Cleveland, and Atlanta. Law professors tell students at these schools, many of them Black, that their careers, to be spent in the pursuit of “equal justice under law” as engraved on the Supreme Court building, will underscore Marshall’s legacy.

But does equal justice denote John Marshall’s true legacy, if we move beyond Founding Era hagiography? What about Marshall’s practice of routinely perverting the law in favor of slaveholding interests, against the rights of enslaved people? What about his legacy as corrupt judge who undermined the rule of law? Is he truly a role model for law students or anyone else?

The Rule of Law Defined

John Adams said ours is a “government of laws and not of men.” The rule of law had replaced the “divine right of kings.” But what does “rule of law” mean?

A legal maxim that defines the rule of law is: “no one should be a judge in their own cause.” In other words, a judge shouldn’t decide a case if they have a conflict of interest.

A classic example of this maxim is Dr. Bonham’s Case (1610). The Royal College of Physicians charged Dr. Bonham with practicing medicine without a license. The College tried Bonham in its own court and found him guilty. It imprisoned him and fined him. It proposed to pocket half the fine. But Sir Edward Coke reversed the decision.

Coke went on to equate the common law with the law of the land. Dr. Bonham’s Case thus stands for the principle that any Act of Parliament that is against reason may be voided through common law. John Marshall restated the principle in Marbury: “A law repugnant to the Constitution is void.”

John Marshall’s Slavery Jurisprudence and the Rule of Law

Marshall owned hundreds of slaves throughout his lifetime. He traded in slaves and in the 1830s auctioned off some of them to pay off his son’s debts. And yet the Virginian slave lord heard roughly 50 cases involving slavery during his 34-year tenure as chief justice. His jurisprudence was always proslavery, even when stare decisis, the rule that judges should abide by decided cases and apply their rules, favored the Black litigant. Nor did public policy, insofar as it supported Black freedom, ever persuade him to rule for the Negro.

The Marshall Court heard 14 cases involving freedom claims. Marshall wrote seven of those opinions. They concerned Negroes living in Washington, D.C., which, as federal territory, was within Supreme Court jurisdiction.

If Marshall had respected the rule of stare decisis in these cases, he would have applied Virginia or Maryland law to alleged slaves living in Washington, D.C. But Marshall repeatedly ignored state law or precedent on slavery to rule against Black plaintiffs. He never construed statutes if doing so led to Black freedom. A couple of examples should suffice:

In Scott v. Negro London (1806) Marshall reversed a jury verdict for Black freedom. London sued for freedom in D.C. under a Virginia law prohibiting importation of slaves. A jury of twelve white men, some probably slaveholders, concluded London was free because he was illegally imported into Washington. The trial court strictly construed Virginia slave law. As legal scholar Paul Finkelman observed: “This result was consistent with other decisions from American state courts of the period that strictly applied statutes regulating slavery and at the same time liberally construed the common law in favor of liberty.” Marshall, nevertheless, construed the statute for a pro-slavery result.

In Scott v. Negro Ben (1810) Ben had been brought into Washington County, which was then governed by Maryland law. Ben’s owner failed to properly register him, so Ben sued for freedom. The jury declared him free, since Ben’s owner hadn’t followed the statutory procedure. Marshall reversed. And yet Marshall admitted in his opinion that: “The act, in its expression, is certainly ambiguous, and the one construction or the other may be admitted, without great violence to the words which are employed.”

Marshall concedes that he could have decided the case either way because of its ambiguity. He could have resolved it in favor of liberty and natural rights. He could simply have let the jury verdict stand. But his ruling was what we’d expect from a Virginian slave lord with massive financial investments in human beings. His rule-of-law hypocrisy lay bare for all to see—natural rights for contracts and property; total refusal to apply natural rights when it came to the crime against humanity that was slavery.

The Final Verdict on John Marshall: Take His Name Off Law Schools

John Marshall’s slavery jurisprudence is an embarrassment to anyone who takes the rule of law seriously. His moniker “Great Chief Justice” mocks the courts and especially Black people who seek justice in them. That is why I recently signed a petition calling for the three law schools named after him to change their names on account of his slaveholding. My tax dollars as a Cleveland resident have gone towards one of them—Cleveland-Marshall College of Law. We the People must question the legitimacy of a legal system that would honor a judge who valued his own profiteering, engorgement, and unjust enrichment over the rule of law.