Mueller's Big Reveal Is Coming, and it Could Be Huge 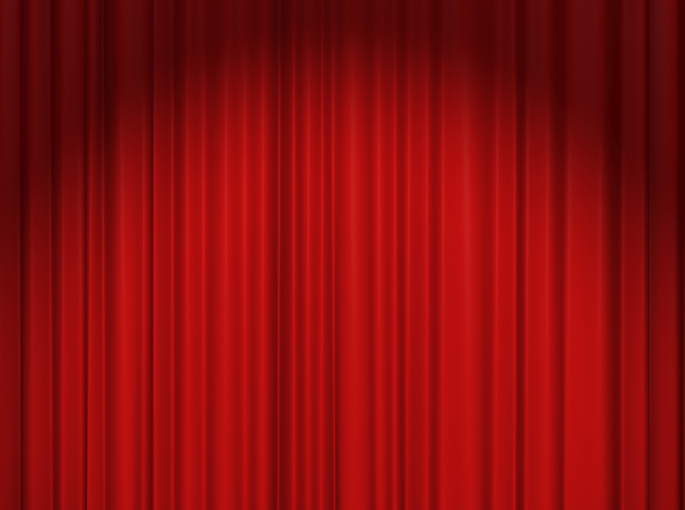 A Washington Post story describing how special counsel Robert Mueller intends to release reports of his findings "to answer the public’s questions" confirms what some Justice Department veterans have long maintained: That criminal indictments are not Mueller's only goal -- or even his primary goal. What he's really after, these observers say, is the whole story. And then he intends to tell it.

In a typical criminal investigation, prosecutors are limited to only disclosing investigative details directly relevant to prosecutable crimes. That's why special counsel Patrick Fitzgerald never disclosed the vast majority of the incriminating evidence he discovered about the leak of Valerie Plame's identity by the Bush/Cheney White House; the only case he felt he could make was against Cheney aide Scooter Libby, for obstruction.

But some veterans of the Justice Department realized early on that Mueller's remit went well beyond simply investigating prosecutable crimes. The most obvious thing Deputy Attorney General Rod Rosenstein did in Mueller's May 2017 appointment letter, was give the special counsel the authority to prosecute crimes arising from his investigation. But Rosenstein also wrote that Mueller is "authorized to conduct the investigation confirmed by then-FBI Director James B. Comey” to the House Intelligence Committee in March 2017.

Here's how Comey described that investigation to the committee:

I have been authorized by the Department of Justice to confirm that the FBI, as part of our counterintelligence mission, is investigating the Russian government's efforts to interfere in the 2016 presidential election and that includes investigating the nature of any links between individuals associated with the Trump campaign and the Russian government and whether there was any coordination between the campaign and Russia's efforts. As with any counterintelligence investigation, this will also include an assessment of whether any crimes were committed.

"This was and is, first and foremost, a counterintelligence investigation, designed to examine the exact scope of what Russia did with respect to the 2016 election and, most importantly, what the Russian threat is with respect to future operations" said Martin Lederman, a Georgetown Law professor and former deputy assistant attorney general in the Department of Justice's Office of Legal Counsel

Prosecution was literally an afterthought.

"Many people are obsessed with the question of who is going to be indicted and for what -- which is only a part, and not the most important part, of what Mueller was tasked to do," Lederman said.

Mueller's central task, Lederman said, "is to get to the bottom of all this -- thereby to help Congress and the intelligence community prevent Russian involvement in future elections."

"Counterintelligence investigators are rarely thinking about building a criminal case," said Mary McCord, who, as acting head of the National Security Division, oversaw the Justice Department's Russia probe until just before Mueller's appointment.  After more than 20 years at the Justice Department, McCord resigned last May and now oversees litigation at Georgetown University's Institute for Constitutional Advocacy and Protection.

Counterintelligence investigators focus almost single-mindedly on two questions, she said: "What are the intelligence threats to the U.S.? And how do we counter those threats?"

Even clear criminal action may never be prosecuted because "you'd have to reveal such sensitive and classified information in court, it's just not worth it," she said.

The central work product of a counterintelligence investigation, by contrast, is reports, distributed through intelligence channels. "There is a very robust amount of writing and reporting that takes place on a daily basis by members of the intelligence community," McCord said.

Fully understanding an intelligence threat also requires a much more rapacious attitude toward gathering information than just trying to build a criminal case against a defendant.

Figliuzzi wouldn't say how this approach might translate to American suspects. But just last week, when FBI agents stopped American lawyer Ted Malloch at Boston's Logan airport and questioned him about his involvement in the Trump campaign, Malloch complained to the Guardian that the federal agents “seemed to know everything about me” and warned him that lying to the FBI was a felony.

Balancing secrecy with the public's need to know

The results of counterintelligence investigations are typically among the least likely things to ever be discussed in public. The theory is that the less said, the less the enemy knows. But every party that could possibly do something to avoid it happening again is fully briefed.

In this case, those parties are the U.S. Congress and the American people.

Figliuzzi said he is convinced that Mueller will issue a report. But, he said, Mueller has "quite the dilemma on his hands".

Typically, when counterintelligence investigations reach a conclusion, "there's a lengthy report, generally called an LHM, or letterhead memo," Figliuzzi said. But they are highly classified.

So Figliuzzi wondered how Mueller will tell his story without disclosing extremely sensitive sources, methods and techniques.

"Let's say you've got an NSA intercept where Trump's on the phone with Putin, clearly indicating conspiracy to commit a crime. If you need to write that up for Congress for impeachment proceedings, how the hell do you do that?"

In that case, declassifying and going public would mean "giving up the microphone in Putin's office."

The Washington Post report said that Mueller "told Trump’s lawyers that he is preparing a report about the president’s actions while in office and potential obstruction of justice, according to two people with knowledge of the conversations."

The Post said that "Mueller’s investigators have indicated to the president’s legal team that they are considering writing reports on their findings in stages — with the first report focused on the obstruction issue, according to two people briefed on the discussions."

And the Post quoted a person "familiar with the discussions" saying that Mueller's team "said they want to write a report on this — to answer the public’s questions — and they need the president’s interview as the last step.”

One of the Post reporters, Robert Costa, told MSNBC Mueller's team wants that report to come out in June or July.

McCord said there is precedent for the government declassifying and disclosing what would otherwise be considered secret or sensitive counterintelligence information when the benefit of that disclosure outweighs the harm.

For instance, she noted that President Obama insisted on the release of some information about Russian hacking, just before Trump took office. And after the November 2014 hacking of data from Sony Pictures, the FBI disclosed a great deal of information, both to encourage people to improve their cybersecurity practices -- and to point the finger of blame very clearly at North Korea. "[W]hen we can’t lay hands on people, as often as possible, we’re going to call out the conduct," then-FBI Director Comey said at the time. "And as often as we possibly can we’re going to say here’s what happened and who did it."

"Those are things the government rightly thought the American people should know," McCord said. "There are times, when even though it's of interest for counterintelligence purposes, the need for the public to know about it becomes obvious to people in government."

And in this case, McCord said, "It's not just a national security issue, it's an issue that is tied to a fundamental tenet of our democracy: Elections."

Some concerns have been raised that Mueller would be handcuffed by Federal Rule of Criminal Procedure 6(e), which imposes strict limits on the disclosure of grand jury materials. Special counsel Kenneth Starr, for instance, had to get a court order allowing him to disclose grand jury materials in his eponymous report.

McCord said that Mueller would obviously "have to be aware of that in making any kind of report." But, she said, "it's possible that some of what he might include comes from things that aren't 6(e) privileged as well."

Mueller's first report – on obstruction of justice – could avoid many of the thorny disclosure issues. Emptywheel blogger Marcy Wheeler, who has been rigorously analyzing the Mueller investigation, has pointed out that the obstruction investigation involved a lot of volunteered information, rather than grand jury testimony and subpoenas.

And it most likely doesn't involve the "crown jewels" of the intelligence community: signals intelligence, or SIGINT, gathered through surveillance and intercepts.

The real action is behind the curtain

So far, the clues that have emerged directly from Mueller or his office have all been in the form of documents related to criminal indictments, so that is where much of the public speculation has centered.

But as Asha Rangappa, a former special agent in the Counterintelligence Division of the FBI field office in New York City, wrote in The Hill in January, "trying to make sense of a counterintelligence storyline by looking only at the criminal charges that stem from it is like trying to make sense of a full-length movie by watching only a few scenes: The full story will not be apparent, because key characters and events and plot lines are missing."