Mueller And The Limits Of Attorney-Client Privilege 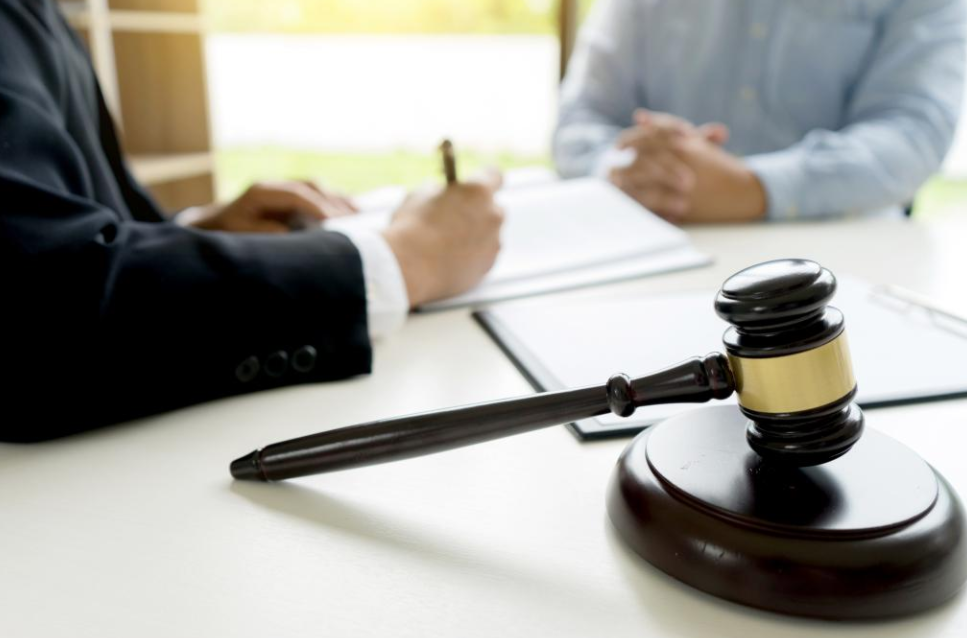 *This piece was originally posted on Crooks and Liars.

Last Friday, the Republican majority of the House Permanent Select Committee on Intelligence released “the Nunes Memo.” Weighing in at four pages, the Memo attacked the justification for a U.S. counter-intelligence investigation of Carter Page. It implied that the Trump-Russia investigation led by Special Counsel Robert Mueller was purely political and legally groundless. Consequently, large swaths of the media, legal and political classes, and public are again focused on the fate of Mueller.

There are comprehensive refutations of the memo’s attack, including this one. The best refutation comes from the Nunes memo itself, which says this in its last paragraph: “The Papadopoulos information [that Russia had dirt on Hillary Clinton] triggered the opening of an FBI counterintelligence investigation in late July 2016 by FBI agent Pete Strzok.”

Nevertheless, Trump claims the Nunes Memo vindicates him. Urged on by his allies in Congress, on FOX News, and in other right-wing cheering sections, Trump apparently wants to use the memo to halt the investigation - a process that probably would begin with firing Rosenstein.

Rosenstein draws Trump’s ire for reasons beyond merely appointing Mueller to run the Trump-Russia investigation, which Trump calls “a witch hunt.” Rosenstein also was one of several Justice officials who at one time or another approved procurement and/or renewal of the FISA warrant to investigate Carter Page’s ties to Russian intelligence.

Until he’s dismissed, however, Mr. Mueller will press on, in part because Rosenstein appears to be satisfied with Mueller’s performance. Most recently, in Paul Manafort's suit to nullify his indictment, the Department of Justice filed a motion to dismiss the suit that explicitly supports the work of the Special Counsel.

As Mueller moves along, he will probably encounter claims from the persons of interest in his investigation - e.g., Jared Kushner, Paul Manafort, Donald Trump, Jr., Rick Gates, Hope Hicks, and President Trump himself - that some of their communications are protected by attorney-client privilege, or executive privilege, or both. One or more of them probably will claim attorney-client privilege because, at various times, lawyers have been present and involved in their discussions and interactions concerning Trump’s engagement with Russians during the campaign.

Indeed, Donald Trump, Jr., has already refused to reveal to House investigators certain parts of his communications about his meeting with Russians at Trump Tower in June 2016: “In closed-door testimony before the House Intelligence Committee, Trump Jr. invoked attorney-client privilege to withhold details of a conversation with his father about that Trump Tower meeting with a Russian lawyer. The reason: Legal counsel happened to be on the call.”

More recently, Mueller apparently has become interested in another discussion about the junior Trump's June 2016 meeting with Russians. Mark Corallo, a former spokesman for Trump's private legal team, allegedly witnessed Hope Hicks engaging in conduct Corallo feared might itself be criminal: "Ms. Hicks said during the call that emails written by Donald Trump Jr. before the Trump Tower meeting - in which the younger Mr. Trump said he was eager to receive political dirt about Mrs. Clinton from the Russians - 'will never get out.' That left Mr. Corallo with concerns that Ms. Hicks could be contemplating obstructing justice, the people said."

Observers have noted that, while lying to the press is not itself a crime, ginning up a lie for the media or ordering the White House Counsel to fire Mueller might show evidence of the “corrupt intent” necessary to prove an obstruction-of-justice charge against Trump or others in his circle.

The attorney-client privilege shields from disclosure confidential communications between a person and an attorney, where, essentially, the communication is for the purpose of procuring legal advice and intended to remain confidential. The purpose of the privilege is to promote uncensored communication between client and attorney, so the attorney can develop the best legal advice and strategy for the client and the client can develop an accurate appreciation of her legal situation and decide how best to respond to it.

The privilege, however, is not unlimited - a legal reality Donald Trump, Jr., might not understand. First, as many clients unhappily learn, it doesn’t cover all their communications on every subject with their lawyers. There are policy-based exceptions to its application. Second, a client can intentionally or unintentionally waive the protection of the privilege, often by failing to keep the communication confidential, but by other conduct as well.

Challenging A Claim of Attorney-Client Privilege

When a witness or target invokes attorney-client privilege, Mueller might try to neutralize the privilege if he considers the communication important to the investigation. If he objects to a claim of privilege, he’ll ask the judge presiding over his grand jury to conduct an “in camera” examination of the purportedly privileged communications - an examination by the judge in chambers that is closed to the public. The privilege-claimant will have to disclose the communications to the judge, who will decide whether they are privileged or whether they must be revealed to Mueller and may be used as evidence.

Watch for claims of privilege to be challenged by Mueller on four specific bases, among others: the “crime-fraud exception”; the non-confidential-communication waiver”; the "at-issue waiver"; and another pertinent exception that doesn’t have a succinct name. For want of a pithier label, let’s call it the “Bill Clinton/Ken Starr Exception.” The last exception might defeat a claim of executive privilege, as well as a claim of attorney-client privilege, but that's a topic for another day.

Under the crime-fraud exception, attorney-client privilege doesn't apply to communications between a client and attorney for the purpose of committing, continuing, or advancing an illegal or fraudulent act. "The so-called “crime-fraud exception” removes the protection of the attorney-client privilege for communications concerning contemplated or continuing crimes or frauds. This exception encompasses criminal and fraudulent conduct based on action as well as inaction."

A critical component of a protected attorney-client communication is that it is made confidentially and intended by the client to remain confidential:

For example, suppose multiple members of the Trump inner circle had a discussion in the presence of an attorney about how to account to Mueller for Donald Trump, Jr.’s meeting with Russian representatives in Trump Tower. Their conversation probably would not be privileged unless all of the participants were represented by the attorney present (unlikely, because of potential conflicts) or they each had their attorneys present during the conversation.

It's notable that the crime-fraud exception also might apply if they discussed how to criminally obstruct the investigation. However, even if they only discussed innocent ways to respond to Mueller's inquiries, the court might not find their communications confidential. If they're not confidential, then they can't be privileged, even though an attorney was present and participating and even if the attorney was representing at least one person present.

“The attorney-client privilege may be deemed waived when the privileged communication is put 'at issue' in litigation. This occurs when the client affirmatively puts privileged communications at issue, for example, by alleging that she relied on the advice of counsel, misunderstood an agreement, or diligently investigated a claim.”
For example, if one or more of Mueller’s persons of interest claim their lawyer(s) told them to do or say something relevant to the Trump-Russia interactions or investigation, Mueller could assert that the attorney-privilege has been waived and ask the court compel them to disclose their communications with their attorney(s).

This exception arose out of an attempt to quash a grand subpoena issued by Independent Counsel Starr in his investigation of Bill Clinton. In early 1998, Starr's jurisdiction expanded beyond financial transactions involving Clinton when he was governor of Arkansas to include "whether Monica Lewinsky or others suborned perjury, obstructed justice, intimidated witnesses, or otherwise violated federal law in connection with the civil lawsuit against the President of the United States filed by Paula Jones." Along the way, Starr issued a subpoena to Bruce Lindsey, who was Deputy White House Counsel and Assistant to the President, to compel Lindsey's testimony before Starr's grand jury.

"...Lindsey appeared before the grand jury and declined to answer certain questions on the ground that the questions represented information protected from disclosure by a government attorney-client privilege applicable to Lindsey's communications with the President as Deputy White House Counsel, as well as by executive privilege, and by the President's personal-attorney-client privilege...

The court held that Lindsey could not invoke attorney-client privilege on behalf of President Clinton:

When an executive branch attorney is called before a federal grand jury to give evidence about alleged crimes within the executive branch, reason and experience, duty, and tradition dictate that the attorney shall provide that evidence. With respect to investigations of federal criminal offenses, and especially offenses committed by those in government, government attorneys stand in a far different position from members of the private bar. Their duty is not to defend clients against criminal charges and it is not to protect wrongdoers from public exposure. The constitutional responsibility of the President, and all members of the Executive Branch, is to "take Care that the Laws be faithfully executed."...

This opinion (emphasis added) might partly explain why Don McGahn, the current White House Counsel, reportedly threatened to resign after Trump discussed firing Mueller with him. McGahn might have been worried that conversations he had with Trump about Rosenstein and Mueller (1) might show Trump has the corrupt intent to obstruct Mueller’s investigation, (2) could not be shielded from Mueller by invoking attorney-client privilege, and (3) might implicate McGahn himself in obstruction.

(Note to Readers: The discussion of the exceptions and waivers is adapted from Jenner and Block's "Protecting Confidential Legal Information: A Handbook for Analyzing Issues Under the Attorney-Client Privilege and the Work Product Doctrine." This is one of many useful, publicly accessible legal resources on the site of this law firm. Coincidentally, one of Jenner & Block's founders, Albert Jenner, served as minority counsel to the Senate Watergate Committee.)

Access to Justice, Rules of Civil Procedure and Pleading Standards