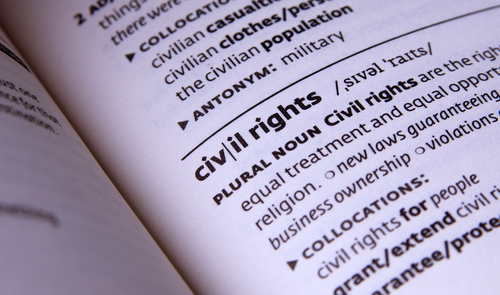 During my time as Chief of Staff at the Department of Education’s Office for Civil Rights (OCR), our work was guided by a one-word credo: justice. We approached every decision about case management, and others, with the intent of achieving the most justice for the highest number of students. Congress created OCR for this reason, to be responsible for the civil rights of students. Throughout its existence, OCR has responded to complaints—recently over 10,000 a year— by vastly expanding the Civil Rights Data Collection giving the public a comprehensive understanding on the state of civil rights in schools, and promulgating key regulations and guidance to ensure schools are aware of their obligations under our country’s foundational civil rights laws.

The daily pursuit of justice required leadership from the Assistant Secretary for Civil Rights and the Education Secretary, but was critically buttressed by a 500-person investigative staff who, in large part, woke up every morning deeply committed to OCR’s mission to “ensure equal access to education and to promote educational excellence throughout the nation through vigorous enforcement of civil rights.”

Unfortunately, there are signs that OCR’s commitment to this mission is eroding.

OCR recently changed its Case Processing Manual (CPM)—the internal document that guides staff’s investigative work—to (1) remove any reference to “systemic cases” and (2) permit dismissal of complaints that are part of a “pattern previously filed with OCR” or place an “unreasonable burden on OCR’s resources.” Though masqueraded as a boon for operational efficiency, these changes undermine the mission of OCR.

The removal of “systemic cases” from OCR’s investigative guidance is of particular concern because such cases go to the heart of OCR’s mission. Systemic cases are those in which the facts suggest discrimination was not limited to an individual complainant, but rather that a school or district had policies or practices that led to potential system-wide discrimination. In essence, systemic cases concern not only the students who file complaints, but also similarly situated students who face discrimination. This isn’t an overreach or an extension of congressional authority, it is the fundamental purpose of OCR: to protect all children who are subject to discrimination.

Additionally, the two new permitted rationales to dismiss cases allow OCR to sidestep cases without answering what should be the controlling question: is discrimination present. Whether a complaint is among a pattern is agnostic to the determination of whether discriminatory harm to students has occurred. Similarly, dismissing complaints for the sole reason that they place an unreasonable burden on OCR resources allows staff to substitute a judgment on bandwidth for a determination of whether a school is violating the law.

These changes signal to schools that OCR is not interested in vigorously enforcing the law. While the Obama Administration saw OCR as the ultimate safeguard for children in need of protection, these changes suggest OCR will avoid in-depth investigations and will only get involved in cases that are not too hard or complicated.

A Department spokesperson attributed the changes as steps to better manage the case docket. In any organization, finding ways to improve internal processes and maximize staff and resources is important. Much of my work as Chief of Staff at OCR was to focus on exactly these issues—how to efficiently use increased dollar resources requested by the Obama Administration and approved by a bipartisan Congress. OCR would certainly benefit from continuing innovations to help manage an increasing caseload and novel (and heartbreaking) forms of discrimination. The present changes, however, will not help OCR achieve its mission by increasing efficiency; instead, they will artificially reduce the office’s caseload by sidestepping its mission.

If systemic cases or multiple filers are too burdensome for the Office for Civil Rights, the Administration’s conclusion should not be to shirk OCR’s mandate. The solution should be to increase the budget, add more staff, and use that staff efficiently. Unfortunately, the Department has proposed cuts to OCR in the last two budget cycles in the spring of 2017 and 2018. When justifying those proposed cuts, Secretary DeVos has indicated that the office has become more efficient. In this way, DeVos’s narrative about OCR is inconsistent: it cannot both need procedural changes to relieve an overburdened staff and be able to sustain cuts which would decrease staff levels. The only way to reconcile these positions is to acknowledge a concerning trend of less vigorous protection for children.

Fortunately, Congress has disagreed with Secretary DeVos’s proposed cuts and has increased the budget for OCR three consecutive years. While Congress should continue this trend, it is ultimately OCR’s duty to maximize its resources to protect the civil rights of the students it serves. If the changes made to the CPM are any indication, OCR is neglecting this responsibility and abdicating its own mission.

*Max Lesko served as the Chief of Staff at the Department of Education, Office for Civil Rights from 2015-2017. Previously he served in the Office of the White House Counsel and Presidential Personnel Office at the White House. Max received his J.D. from Georgetown University Law Center. Max currently works at the Children’s Defense Fund.

Equality and Liberty, Regulation and the Administrative State, Role of Regulatory Agencies