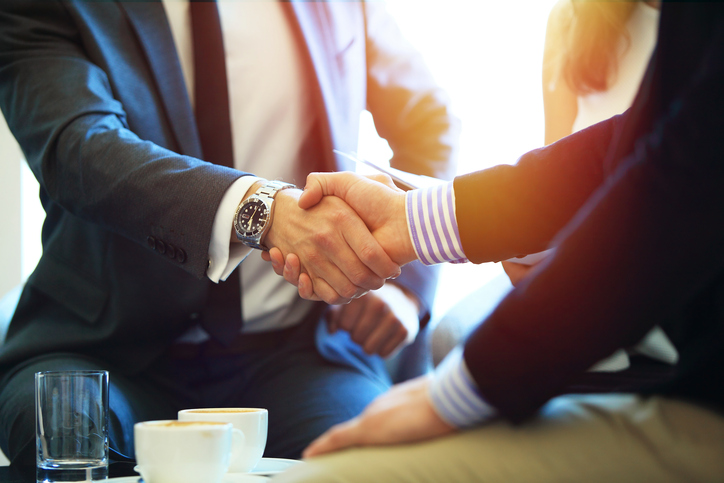 Michael Cohen is challenging the seizure of his files, computers, phones, and other materials by federal criminal investigators in Manhattan. Mr. Cohen is asserting his materials are protected from seizure and disclosure by attorney-client privilege and should be returned to him, unexamined by federal investigators or prosecutors.

Over the next few days or weeks, Judge Kimba Wood of the District Court of the Southern District of New York will hear arguments from Cohen's attorneys and federal prosecutors on this issue of privilege. It's foreseeable that, during her consideration of arguments, Judge Wood will inspect some or all of the purportedly privileged materials before she decides which, if any, are privileged. Judge Wood then will rule for the prosecutors or Mr. Cohen as to all or some of the seized materials.

Mr. Cohen will have to surmount multiple legal hurdles to earn privileged status for his communications and other information. His claims of privilege as to certain materials seem weak at best.

There are varying state and federal formulations of the legal test used to determine whether an attorney's communications and/or other information is protected by attorney-client privilege. However, the tests share key common elements that are pertinent to Mr. Cohen's claim.

As a general matter, the privilege protects:

(B) made between privileged persons (i.e., attorney, client or agent [of the client or attorney, such as a paralegal]),

(D) for the purpose of obtaining or providing legal assistance for the client.

Here is a more detailed version of the test, with a couple of bracketed clarifications:

(1) Where legal advice of any kind is sought
(2) from a professional legal advisor in his capacity as such,
(3) the communications relating to that purpose,
(4) made in confidence
(5) by the client,
(6) are at [the client's] instance permanently protected
(7) from disclosure by himself or by the legal advisor,
(8) except the protection can be waived [by the client].

No matter what specific formulation of the test is used in any given case, the attorney-client privilege is grounded in two fundamental assumptions:

(1) good legal assistance requires full disclosure of a client’s legal problems; and
(2) a client will only reveal the details required for proper representation if her confidences are protected.

In other words, lawyers must know fully their clients' facts to give clients the best possible legal advice, and clients are more likely to share their facts with their lawyers when the clients know they can disclose their facts in confidence.

An earlier discussion here detailed several arguments Special Counsel Mueller might make to defeat claims of privilege made by targets, subjects, and other witnesses in his investigations: these responses require proving that the person invoking the privilege can't enjoy its protection because the person waived the privilege or the materials at issue fall under an exception to the privilege. These were the “crime-fraud exception”; the non-confidential-communication waiver”; the "at-issue waiver"; and the “Bill Clinton/Ken Starr Exception.”

As in the earlier discussion here, others have also observed that the crime-fraud exception to the privilege might apply to Cohen's information: the exception "allows the government to read, review, compel production of and compel testimony of an attorney and his or her records. It arises if, and only if, the client uses the attorney’s services to commit a crime." For example, if Cohen tries to protect communications with Mr. Trump that show Mr. Trump communicated with Mr. Cohen to plan or execute a crime, the court will probably rule that the communication is not privileged.

However, before Judge Wood reaches the question of the applicability of waivers or exceptions to communications between Mr. Cohen and his clients, Mr. Cohen faces even more basic problems invoking the privilege.

Judge Wood will doubtless be asking herself and the parties some version of this overarching question: Are Mr. Cohen's records at issue communications with clients who consulted him in his capacity as an attorney for legal advice?

So, at the threshold, Judge Wood will determine whether Cohen's communications and the records at issue are to and from - and for - a client. If the judge can't find a client for purportedly privileged materials, there is no client who may invoke the privilege.

This isn't a metaphysical question. For example, the search of Mr. Cohen's office and residence sought materials relating to the Stormy Daniels negotiations, contract, and payment in which Mr. Cohen was involved, presumably to determine whether bank-fraud or campaign-finance crimes occurred.

Mr. Cohen has claimed that he made the payment from his own funds. And Mr. Trump has never addressed whether he had an adulterous relationship with Ms. Daniels and has personally denied knowledge of any payment to her ensuing from any contract with Ms. Daniels.

If Mr. Cohen can't prove that Mr. Trump (or another person or entity) is his client for his communications and other records relating to Ms. Daniels, then he has no client who can invoke attorney-client privilege to protect them. More generally, if Mr. Cohen has other records for which he has no discernible client, those will not be afforded the protection of the privilege.

In short, no client, no attorney-client privilege.

Two additional problems cascade directly from the absence of a client. First, if Cohen has no client, he isn't communicating for the purpose of providing legal advice or assistance to a client to which the privilege might apply. Second, if he is not communicating to a person or entity in order to provide legal advice, then it is arguable that he is not acting in his capacity as an attorney.

In other words, Cohen's claim of privilege as to the Daniels materials could fail on at least three different grounds: (1) there is no client that can invoke the privilege; (2) there is no communication with a client for the purpose of providing legal advice; and, therefore, (3) Mr. Cohen did not communicate as an attorney with a client.

For example, suppose Mr. Trump sought information from Mr. Cohen about whether to borrow money for a project from Lender A or Lender B. However, assume that Mr. Trump only asks Mr. Cohen to find out which Lender has more funds available for a loan, rather than asking Mr. Cohen, for example, how to write the loan agreement to make it most legally advantageous to Mr. Trump. Mr. Cohen contacts both Lenders and asks them how much they would have available for Mr. Trump's project. Mr. Cohen gets numbers from the Lenders and communicates the numbers to Mr. Trump.

Finally, Mr. Trump certainly can pardon Mr. Cohen for any federal crimes he might have committed or might commit, but he can't protect Cohen by a presidential pardon from state criminal prosecutions and convictions. If federal prosecutors' path to conviction is blocked (or criminally obstructed) by Mr. Trump, they can hand off all unprivileged incriminating information they have obtained from Mr. Cohen to, for example, New York Attorney General Schneiderman, for prosecution under any applicable state criminal laws.

Mr. Cohen's legal jeopardy has just begun. Specious claims of privilege might be the least of his legal problems.