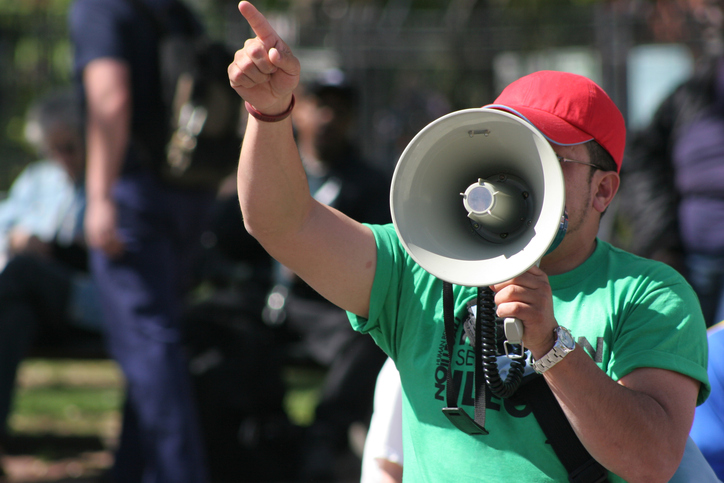 This week the Supreme Court struck down laws allowing public sector unions to collect fees from represented nonmembers. The Court’s brazen 5-4 decision in Janus v. AFSCME reverses forty-one years of precedent, invalidates fee-permitting statutes in twenty-two states, and disrupts thousands of employment contract provisions. In these ways Janus is extraordinary. In another it is not: Once again, a majority of the Court has utilized the First Amendment to undermine popularly-enacted economic regulations.

Janus rests on the theory that requiring public employees to pay a fee for the collective bargaining services of a union required by law to represent them is akin to forcing public employees to subsidize political speech. The Court rejected this same theory in Abood v. Detroit Board of Education—a 1977 decision Janus now overrules. In Abood, the Court prohibited unions from charging nonmembers for their political activities, such as lobbying and campaign contributions. But Abood allowed them to charge nonmembers a “fair share” fee for their collective bargaining and contract-related services because the states’ interests in labor peace and preventing free riders outweighed the First Amendment interests of nonmembers.

Since Abood, the Court has significantly enhanced free speech protections under the First Amendment and, more recently, explicitly questioned whether Abood’s balancing of competing interests was proper. Writing the majority opinion in Janus, Justice Alito resolved these misgivings. Despite the importance of stare decisis, Alito concluded that Abood must be overturned because all union subsidies in the public sector violate the First Amendment. Alito explained that in the public sector unions are engaged in political advocacy, even when they take positions on issues like salaries and pensions for government employees, because these issues also impact public matters, such as government allocations of public funds.

In a fiery dissent, Justice Kagan accused the Janus majority of “wielding” the First Amendment like a “sword” to slash through sensible legislation. Corporate-financed special interest groups have been the most aggressive with this legal maneuver—which involves repurposing an individual right, once thought to shield disfavored speakers from government suppression, into a deregulatory weapon. These groups, with help from an increasingly receptive Court, have dismantled economically burdensome regulations of securities, copyright, and campaign finance activities. And while analogizing a deregulatory movement to weaponry and physical assault may be melodramatic in some legal contexts, the comparison is especially pointed in labor law, which by design reflects a complicated balancing of individual and group rights.

Yet the very same balancing act that complicates labor relations is also what makes Janus different than the other First Amendment challenges to legislative policy that came before it. This is because, unlike other cases that weigh First Amendment rights against legislative interests, in Janus, there are constitutional interests on both sides. If, as Janus suggests, union advocacy within the context of collective bargaining is “of great public importance,” then don’t laws requiring unions to use their resources to advocate on behalf of nonmembers equally violate the First Amendment rights of union members?

Janus is a doctrinal outlier because it is the only case where the Court preserves the negative rights of objectors not to engage in an activity that is not itself also protected by the First Amendment. As Catherine Fisk has noted before, the right to refuse to salute the flag in West Virginia Board of Education v. Barnette existed because a flag salute is First Amendment speech. Likewise, the right to eschew association for expressive purposes in Roberts v. United States Jaycees was safeguarded because of the affirmative First Amendment right to associational expression.

Cites to Barnette, Roberts, Wooley v. Maynard, and all the repeat First Amendment players can be found throughout the Janus opinion. But none of these cases address union expressive activity as a constitutionally protected right. Janus recognizes that requiring public employees to provide financial support to a public union advocating for positions during collective bargaining is a “significant impingement on First Amendment rights” because the union’s advocacy has “powerful political and civic consequences.” But it does so, remarkably, without constitutionalizing the rights of unions or their members to engage in this kind of powerful, political, and consequential advocacy.

This omission is not all on the Court. Before Janus, labor proponents avoided First Amendment challenges to regulations of union activity, opting instead for philosophies that promoted compromise, workplace democracy, and the common good. But reasonable compromises are rarely the outcome when one side is wielding a sword. So now, after Janus, labor must find a new strategy more conductive to its political and economic goals. Given judicial receptivity, a litigation strategy premised on the First Amendment may be a good place to start. Asserting their own First Amendment rights and the rights of their members, unions should challenge the fair and free representation requirements and standards for nonmembers. But why stop there? Contest burdensome certification fees and recertification requirements that infringe on members exercising their rights to associational expression and advocacy through unions. Follow the cue from unions in Wisconsin and oppose statutory provisions, like Wisconsin’s Act 10, that arbitrarily restrict the collective bargaining rights of some public employees and not others as content-based restrictions on speech. And question the validity of common regulations of union expressive activity like those restricting boycotts, strikes, and picketing. By characterizing union collective bargaining activities in the public sector as political speech protected by the First Amendment, Janus v. AFSCME is giving unions a sword. Now what are unions going to do with it?