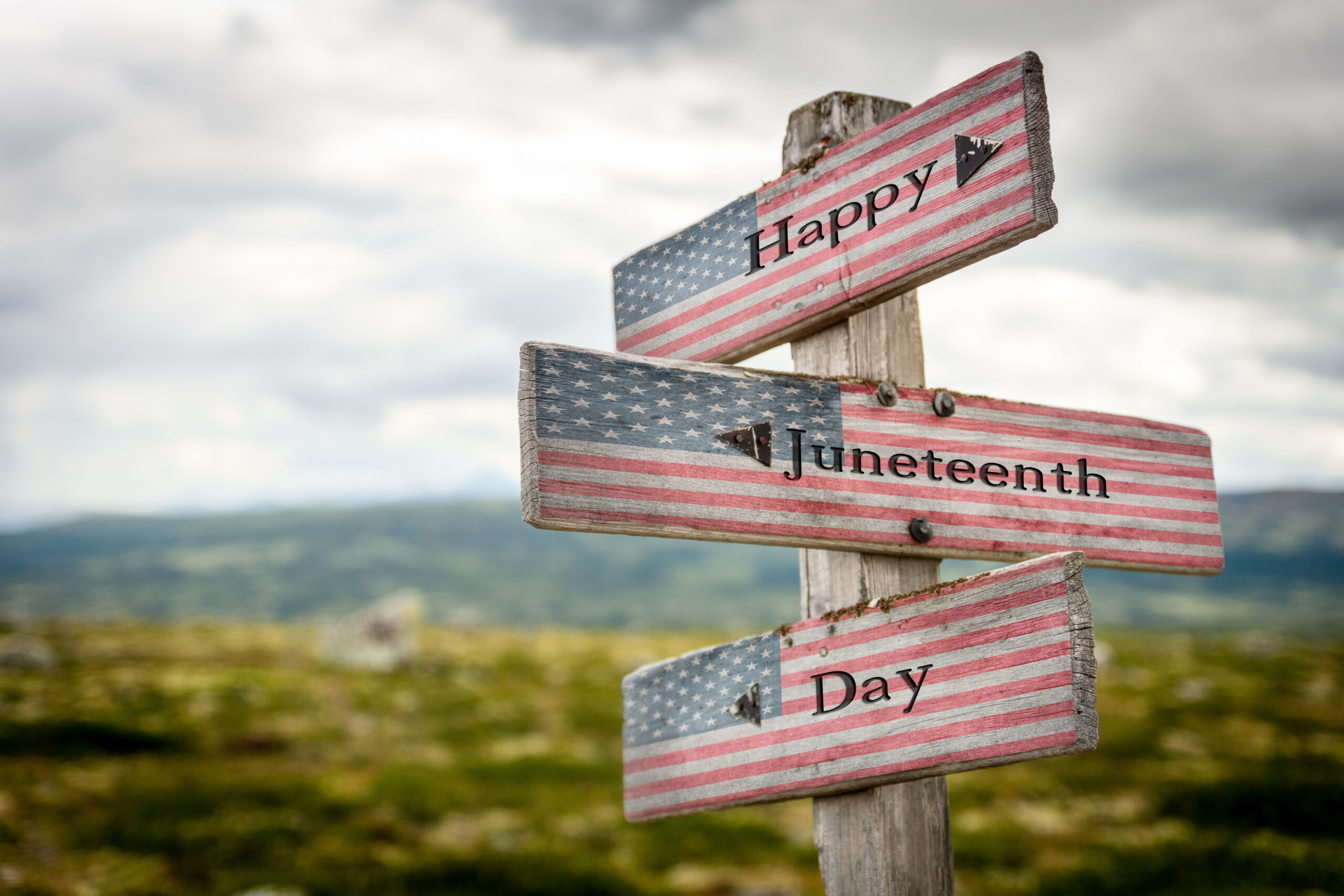 As of Thursday, Juneteenth is our newest federal holiday. Signed into law by President Biden, the Juneteenth National Independence Day Act was passed by the Senate by unanimous consent and with overwhelming support in the House. Rep. Sheila Jackson Lee, lead sponsor in the House, noted upon introduction of the bill in February, “Juneteenth celebrates African American freedom while encouraging self-development and respect for all cultures. But it must always remain a reminder to us all that liberty and freedom are the precious birthright of all Americans which must be jealously guarded and preserved for future generations.”

The establishment of a federal holiday to commemorate the end of slavery is the result of tireless work of activists like Opal Lee. Opal Lee, at the age of 89, set out to walk from her home in Fort Worth, Texas to Washington, D.C. in 2016 to raise awareness and support for establishing Juneteenth as a national holiday. She walked across the country two and a half miles a day, a distance chosen to symbolize the two and a half years that Black Texans remained enslaved after the Emancipation Proclamation was issued.

On January 1, 1863, President Abraham Lincoln issued the Emancipation Proclamation, declaring all enslaved persons within Confederate states to be free “and that the Executive government of the United States, including the military and naval authorities thereof, will recognize and maintain the freedom of said persons.” Yet, it took until June 19, 1865 for Union Major General Gordon Granger and 2000 Union troops to arrive on Galveston Island in Texas and enforce the proclamation. More than 250,000 enslaved Black people in the state of Texas were finally free.

It is telling that the legacy of this very history, an incredibly important part of Texas history that was kept alive by generations of Black Texans, was barred from being taught in Texas classrooms during the same week. On Tuesday, Governor Greg Abbott signed into law House Bill 3979, which among many problematic provisions, includes a prohibition on educators teaching concepts that “with respect to their relationship to American values, slavery and racism are anything other than deviations from, betrayals of, or failures to live up to, the authentic founding principles of the United States, which include liberty and equality.”

In the wake of the murders of George Floyd, Breonna Taylor, Tony McDade, and many others, the Movement for Black Lives and other activists and thought leaders have called upon Americans to take a hard look at the history Americans were taught in school and the racism that has permeated every aspect of our society. The publication of the 1619 Project by the New York Times, which sought to “reframe the country’s history” by centering Black Americans in the national narrative, led to a backlash from a group of historians, conservative groups, commentators, and politicians. Out of this backlash came a conservative panic over Critical Race Theory, a term that conservative lawmakers have “conflated . . . with other concepts such as diversity and inclusion efforts, anti-racism training, social justice activism or multicultural curricula,” and Texas House Bill 3979 (and newly enacted laws in Idaho, Iowa, Oklahoma, and Tennessee).

Governor Abbott has asked the Texas Legislature to go even further during a special session with an even more restrictive law on educators’ curricula. This willful refusal to grapple with systemic racism will be paired with unabashed attacks on Black Texans’ voting rights all while racial health disparities have led to thousands of COVID-19-related deaths.

Symbolic gestures such as the establishment of a federal holiday can be important. Zak Cheney-Rice wrote of the importance of such a gesture on Juneteenth last year, arguing that “[f]ederal holidays celebrate and define our highest ideals as a nation, and memorialize blood shed upholding them… You want to honor people who died making America what it is? Honor the black enslaved.” But symbolic gestures cannot be the end of the work. The same police violence and systemic racism that led millions to march last summer persist today. As Opal Lee, grandmother of Juneteenth, told the New York Times last June, “We have simply got to make people aware that none of us are free until we’re all free, and we aren’t free yet.”