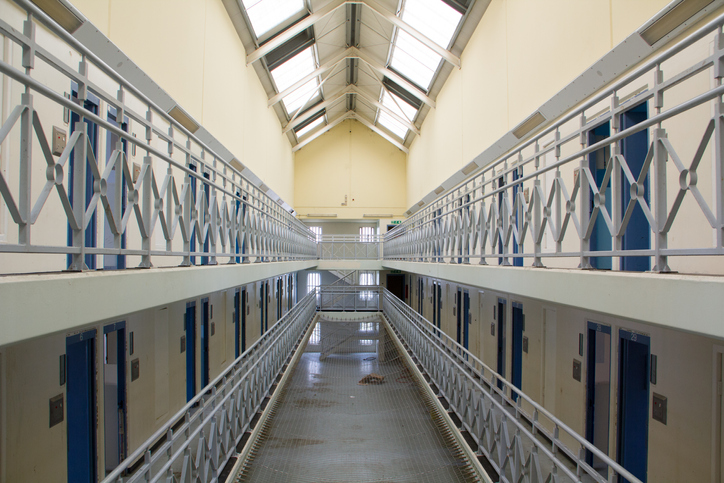 By the end of 1980, the nation held what was then a record total of 329,122 people behind bars. Twenty-eight states and the District of Columbia were under court orders to reduce overcrowding, while 16 states reported a backlog of sentenced prisoners merely waiting in local jails for space in state prisons. The Justice Department noted that since 1969, the number of prisoners held in the United States had increased by 61 percent.

Today’s startling numbers – 1.51 million people in state and federal prisons – would have seemed unbelievable in 1980.

In the early 1980s, state policymakers faced a choice: to either reduce prison populations or build additional, expensive facilities. It turned out that taxpayers were unwilling to foot the bill to pay for more prisons, and legislators would lose reelection if they appeared soft on crime. As Donna Selman and Paul Leighton wrote in their 2010 book Punishment for Sale, any “discussion of alternatives to incarceration was the kiss of death.”

Enter a group of shrewd entrepreneurs who would become the main players in the privatization of American prisons. The biggest players in the game in the early 1980s – and those poised to notice the tremendous financial potential of America’s penchant for metal bars – were the founders of Corrections Corporation of America. CCA was formed in 1983 by Thomas Beasley, formerly head of the Republican Party of Tennessee; Robert Crants, a businessman; and T. Don Hutto, who served as the president of the American Correctional Association and as the director of corrections in Virginia and Arkansas. No stranger to profit motives, Hutto, as director of corrections in Arkansas in 1978, was found by the US Supreme Court to have “evidently tried to operate their prisons at a profit” as incarcerated people were ordered to work on prison farms ten hours a day, six days a week, without appropriate clothing and footwear.

In November 1984, CBS’ 60 Minutes profiled CCA as part of a segment on prison privatization. “Just a few years ago, the very idea of prison for profit would have seemed ludicrous,” reporter Morley Safer narrated, “given the escalating costs and problems of running prisons, given that it’s an area of public service that only brings blame and rarely praise.” Beasley, then CCA president, referred to prisons as a “growth industry.” Beasley told Safer, “the prison population in this country has never gone down but twice—during World War I and World War II—and those operations are self-explanatory, I think.”

In acknowledgement of the profit opportunity the next few decades would bring, CCA’s 1994 annual report to shareholders said, “There are powerful market forces driving our industry, and its potential has barely been touched.” Today about 9 percent of those behind bars in 28 states and in federal prisons – more than 128,000 people – are in prisons run by the private sector. More than half of all private prison beds are owned by CoreCivic, the new name for CCA.

After more than thirty years of intense debate, my book Inside Private Prisons: An American Dilemma in the Age of Mass Incarceration (Columbia University Press) explores an industry that raises profound questions about state responsibility, economic development, morality, and the nature of punishment. What do private prisons mean for Americans? What does it mean for a for-profit company to manage jails and prisons? Is it legal to delegate such a core government duty? Is it moral to do so? Do private prisons save money? And if so, does that validate the industry? Perhaps the most important question is how we got to the point where such an important public policy is delegated to a major corporation.

Private prisons have been criticized for as long as they’ve existed. Some argue they create perverse incentives that drive overcrowding by cutting costs and reducing prisoners’ quality of life. Or that the corporations that run private prisons earn additional revenue when incarcerated individuals serve more of their sentence, encouraging private prison officials to hand out extra infractions that extend their sentences.

Others take issue with the concept of a corporation profiting off the nation’s predilection for incarceration, rewarded for the sheer number of people they can house rather than for successfully rehabilitating and reintegrating prisoners into society. For decades, some legal scholars and policymakers have contended that there are certain state functions that simply shouldn’t be delegated – and that one of those is punishment.

The stories and voices in my book offer a glimpse into the privatization of corrections through the eyes of those who are incarcerated, their families, local government, directors of state departments of corrections, private prison officials, legislators, and criminal justice experts. This story comes at a time in the American narrative when correctional populations have begun, finally, to flatten out. The number of people incarcerated in state and federal prisons decreased by 18,700 (around one percent) from 2015 to 2016 (the most recent period where data is available), yet the U.S. still has a higher percentage of its population behind bars than almost any other country on the planet. And while the overall number has gone down, the number of people in private prisons has increased around two percent over the same period. Today, five states house at least 25 percent of their prison populations in private facilities.

The U.S. and the rest of the world could surely benefit from far less prisons. Too many people and their families suffer needlessly because of the psychological, economic, and physical toll that even the shortest stay behind bars inflicts on people. In fact, my organization, the Brennan Center for Justice at NYU Law, recently issued a report finding that 40 percent of people in state and federal prisons don’t need to be there for public safety reasons.

This book does not endorse the use of private prisons. Given the political reality that private prisons are not going to be abolished soon, it seeks practical ways to improve them. It explores the impact of the for-profit prison industry and asks what the industry’s flaws are, and whether they can be fixed. It seeks to change the incentives of private prisons that reward more incarceration so that they instead reward better conditions of confinement, better rehabilitative opportunities, and ultimately lower recidivism rates.

I recognize that even asking whether the industry can be improved has worrying moral ramifications. If as a matter of principle it is wrong, as some say, to profit from punishment, anything short of abolition – including proposing reforms – risks complicity in an indefensible industry. But in the meantime, tens of thousands of people pass through the doors of private prisons and private immigration detention centers. How the institutions function matters a great deal to people in those facilities and to us, and it is the concern that drives this book’s inquiry. As the broader debate rages, are there ways to improve these institutions, to shift the incentives that shape them?

For-profit prisons and the broader prison-industrial complex that surrounds corrections today are not the engine behind the growth of prison populations. To be sure, eliminating private prisons entirely would only shrink the state prison population by 7 percent. Yet private prisons have become ground zero of the anti-mass incarceration movement, since the closure of these prisons is a concrete step to reducing the number of people behind bars in America.

Private immigration detention centers have also come under increased scrutiny under the Trump administration, which has focused on detaining more undocumented immigrants, as evident by the number of people detained by ICE. ICE data indicates that the agency held an average of more than 42,000 people in custody each day throughout fiscal year 2018, compared to a 2017 high of just over 38,000. GEO Group, another private prison operator, as well as CoreCivic both donated $250,000 to the Trump inaugural committee, and shortly thereafter, the current administration requested more than $1.2 billion in the 2018 federal budget to expand detention capacity to more than 48,000 beds a day, which would likely result in a boon for the private prison corporations. And since private prisons operate under a veil of secrecy by claiming exemption from public records laws that apply to government-operated facilities, federally funded private prisons and immigration detention centers remain a black box.

In late 1984, Congress held hearings to learn more about the private prison industry. At the close of the November hearings, Congressman Robert Kastenmeier thanked the witnesses for testifying and said about the industry: “It is something which in year 2000 we may look at in terms of failure or it may have disappeared from the scene or, indeed, it may have become something very significant in terms of this country.” Eighteen years later, the nation is party to a prison industrial complex that relies on a vast infrastructure of financial incentives that create significant hurdles in dismantling a mass incarceration system.

Lauren-Brooke Eisen is a senior fellow at the Brennan Center for Justice at the N.Y.U. School of Law and author of Inside Private Prisons: An American Dilemma in the Age of Mass Incarceration (Columbia University Press).