In Tipping Points and Nudges: Review of Cass Sunstein's "How Change Happens" 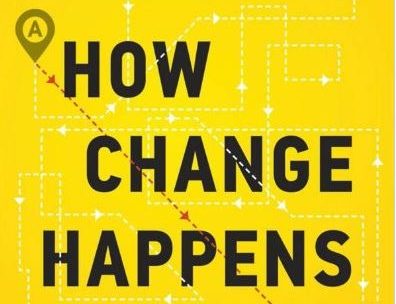 Election night 2008 in the United States proved to be a key inflection point for social change in America. For some, President Obama’s election marked that we had reached a milestone akin to the “end of history” predicted more than a decade before: that the United States had entered a post-racial era.  Something else happened that night as well.  In the liberal state of California, where Obama carried the state by a considerable margin, the state’s voters approved Proposition 8 which prohibited same-sex marriage in the state.  Both outcomes generated strong reactions from opponents to these events.  Barack Obama’s political rivals vowed to limit the President’s power, and the somewhat veiled racism of the campaign against the nation’s first Black President unleashed a more public form of race-baiting, that has only gained strength in recent years.  On the marriage equality front, advocates organized on a state-by-state basis until they built a groundswell of public support for same-sex marriage culminating in victory before the Supreme Court in which laws against same-sex marriage were found unconstitutional.

What do these outcomes say about how social change happens in the United States?  Legal scholar Cass Sunstein’s new book, How Change Happens (MIT Press, 2019), explores the mechanisms through which social change can occur. While other recent additions to social change literature, like David Cole’s Engines of Liberty and Leslie Crutchfield’s work that bears the same title as Sunstein’s, tend to take a more inductive approach, looking retrospectively at successful social movements and trying to understand the components of those successes, Sunstein offers a more theoretical approach.  He attempts to explain some of the psychological forces at work when individuals and groups try to bring about social change.

For Sunstein “seemingly small perturbations can often produce big shifts.”  Such shifts occur through the process of what Sunstein calls “unleashing”: when “norms are revised, people will reveal preexisting preferences and values, which norms had successfully suppressed. What was once unsayable is said, and what was once unthinkable is done.”  This can create a tipping point when “large-scale change is possible.”  When people want such change, “[w]hat is needed is some kind of movement, initiated by people who say that they disapprove of the norm.” They succeed “when some kind of tipping point is reached, by which time it is socially costless, and maybe beneficial, and maybe even mandatory, to say: Me Too.” As Sunstein argues, “[u]nder the right conditions, and with the right distribution of [individuals’ receptivity to change], a small spark can ignite a conflagration, eventually dismantling the norm."

Can Sunstein’s theories help explain the recent instances of social change in the United States identified earlier, like the hard-fought victory on the marriage equality front or the emergence of a newly emboldened white nationalism and even white supremacy in the United States?  Following the Proposition 8 loss in California in 2008, marriage equality advocates did not take the defeat lying down.  They began organizing in other states and started to chip away at opposition to same-sex marriage. On election night in 2012, the norm had shifted so much that in four states, voters voting in ballot referenda supported marriage equality: in three states they would vote in favor of pro-marriage equality initiatives, and, in a fourth, they would vote to reject an initiative opposing marriage equality. In 2013, the Supreme Court would hold that portions of a federal law limiting recognition of same-sex marriages were unconstitutional, and then, in 2015, it would reach its landmark decision holding all state laws against same-sex marriage unconstitutional.

Did nudges play into this shift? Did the campaigns in state after state, and carefully orchestrated litigation in various states and different fora help to shift public, and, ultimately, judicial opinion?  Were these just nudges or something else?  It appears likely that the monumental shift in public opinion and the ultimate outcomes in landmark cases at the Supreme Court were a product of millions of conversations—interpersonal nudges—combined with national, federated, incremental, and thoughtfully calibrated legal, legislative, and electoral tactics. While Sunstein’s vision of social change would appear to offer some explanatory value, it may not tell the whole story.

But trends toward greater inclusiveness and diversity are not the only social change that the United States has seen over the last decade. The candidacy and then the presidency of Donald Trump would prove that other forces also seem at work in American culture, and around the world.

For some, the election of Donald Trump, Brexit, and the rise of a conservative populism are evidence of wide-ranging social change. It is difficult to lay all of that at the feet of Donald Trump, and, in many ways, he may be a symptom of larger forces and not a cause of any of them. At the same time, his cavalier attitude (at best) toward white supremacists has created an environment in which they feel unleashed as Sunstein might say: unconstrained and willing to enter the public discourse and perhaps leading others to do the same.  This phenomena would appear consistent with Sunstein’s social change thesis.

We can thus see that Sunstein’s theory of change appears to accurately describe at least some recent social change.  How Change Happens certainly tells a significant part of the story of social change, and Sunstein admits that nudges are not appropriate in every setting. It is nevertheless hard to discern when he believes they are appropriate and when they are not.  Sometimes social change advocates have to do more than a nudge, like organize other like-minded people, protest, sue, boycott, and engage in social media campaigns.  Similarly, Sunstein believes tipping points are central to change, although he barely mentions them in this work.  I would have liked to have known more about these aspects of change: how can we know when social change has reached such a tipping point; how can we force them; when do we know we are close?

Nevertheless, Sunstein’s How Change Happens is a welcome and important contribution to the growing scholarship on social movements, particularly at a time when many are thinking about social change and how to bring it about. While much of that research attempts to excavate past successful social movements, Sunstein offers more of a theoretical analysis of the potential triggers of social change.  Although the book offers many concrete examples of nudges at work, armed with Sunstein’s theoretical description of the levers of social change, those looking to bring about social change can draw inspiration and guidance from How Change Happens as they embark on efforts to drive norm change, norm cascades, and tipping points.  While Sunstein’s thesis does not explain all social change—particularly that which requires major societal and cultural shifts—his important ideas can help guide change large and small.

A full-length review of How Change Happens will be published by the Notre Dame Journal of Law, Ethics, and Public Policy. A pre-publication draft of that article is available here.

Equality and Liberty, Executive Power, Separation of Powers and Federalism