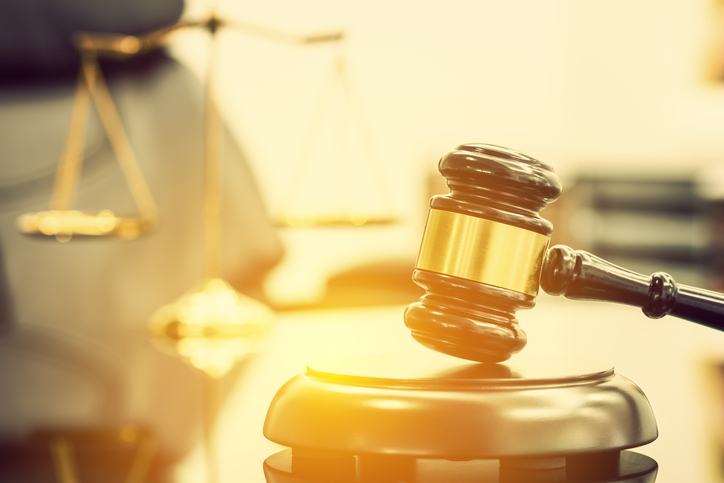 Judge Jackson’s hearings proved, once again, that the political discourse of judging is dominated by pop-notions of “textualism” and “originalism.” Dahlia Lithwick was right to express concern at Senate Democrats’ “almost staggering inability to lay out any kind of theory for progressive jurisprudence, or even a coherent theory for the role of an unelected judiciary in a constitutional democracy.” That silence was not strategic--it simply reflects the reality that the public narrative of acceptable judicial “philosophy” remains a largely uncontested stronghold of the conservative judicial establishment.

ACS can, and must, help to change that. And we should start with a serious and sustained discussion about how to publicly create a well-rounded, wholistic approach to judging as a counterweight to conservative pop-judicial “philosophies."

We should not be surprised that conservative senators asked questions about Judge Jackson’s judicial “philosophy.” Conservatives have spent decades baking “textualism” and “originalism” into the public narrative of what it means to be a “good” judge. (Even Justice Kagan has quipped: “We are all textualists now.”) Without an alternative frame, Judge Jackson was vulnerable to attack no matter how she answered.

Her answer–that she employs a “methodology,” rather than a philosophy–was honest, accurate, and preferable. We do not want a Supreme Court of philosopher kings. And anyone who has seriously engaged in statutory interpretation–whether as a lawyer, judge, or legal scholar–will tell you that methodology is far more important than “philosophy.”

Multiple tools of statutory (or constitutional) construction may need to be employed–and if they cut in different directions, will need to be reconciled through public reasoning. This should not be a controversial proposition. At one point it certainly wasn’t. Justice White once wrote (joined by Justice O’Connor, then-Chief Justice Burger, and soon-to-be-Chief Justice Rehnquist): “[T]he circumstances under which courts should turn to legislative history and the weight to be accorded particular sources of history cannot be prescribed by inflexible canons of construction. Statutory interpretation requires a certain amount of freedom to choose the materials best suited to illuminating the meaning of the particular provisions at hand.” And certainly, as tools, text and original public meaning are often indispensable in statutory interpretation–which Judge Jackson acknowledged.

In contrast, as pop-judicial “philosophies,” textualism and originalism can be wooden, incoherent and inconsistent doctrines (just ask an “originalist” to square the modern First Amendment with the Alien and Sedition Acts of 1798). Puritanical adherence to textualism and originalism is pursuit of a fools’ gold: they glitter on first impression but lose their luster under any serious scrutiny. Justice White (and two chief justices of the Supreme Court) might have agreed: “I do not mean to endorse the simplistic view that the words printed in the United States Code can answer all questions regarding the meaning of statutes.”

More is needed to say what the law is: context, history, intent, meaning, and other tools employed by the common-law methodology that sits at the heart of our judicial system. Generations of common-law jurists, at every level of the judiciary, have employed judicial methodologies to choose the materials best suited to getting to the right answer for any particular issue at hand. That is good judging. That Judge Jackson recognizes this nuance will enhance the Court.

But nuance isn't an effective counterweight in the high-stakes drama of confirmation hearings and constitutional cases. “Methodology” lacks an “ism.” It’s not sexy. No one is writing about whether “methodology” is dead or undergoing a revival. The progressive legal community bears some responsibility for this: We haven’t created the space and public narrative of respect for the complexity of common-law judging. Into that vacuum, conservative media outlets and pundits decried Judge Jackson’s response because Americans supposedly “want” originalism, or textualism, or constitutionalism in their judges.

I don’t believe that's true; the public is just starved for choice. Progressive lawyers, academics, and activists need to help identify and strengthen a public counterweight to conservative pop-judicial “philosophies.” Judge Jackson’s confirmation hearings show just how far behind we are in the battle for the popular narrative. Let’s figure out how to catch up.

Conor Tucker (he/him) is an appellate litigator and a board member of the American Constitution Society’s Los Angeles Lawyers’ Chapter. Views expressed here are his alone and do not necessarily reflect those of his firm, his clients, or any organization to which he is a part.