Allegra Chapman Director of Voting and Elections,Common Cause 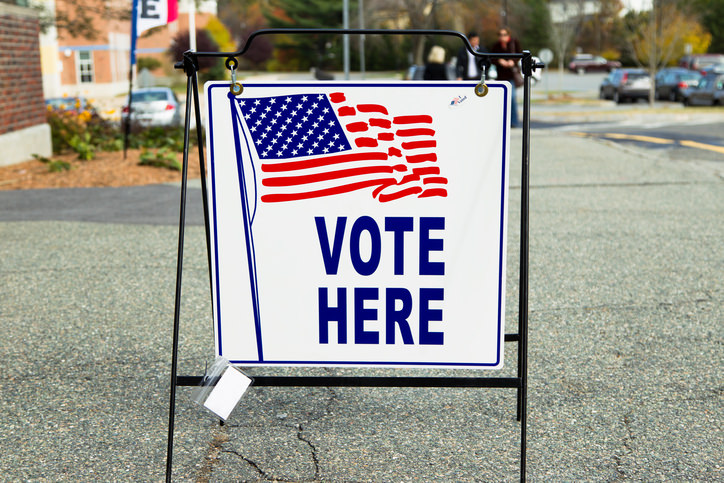 Ever missed a federal election?  If you’re like most Americans, the answer is yes. In this last presidential election 55% of eligible Americans cast ballots, and in the mid-term before that only 36% did—the lowest rate in 70 years. Voters miss elections for lots of reasons, ranging from illness to work commitments to downright disappointment in the political system. No matter the reason, failing to cast a ballot doesn’t impact your constitutional right to vote down the road.  At least, it shouldn’t.

On January 10, 2018, the U.S. Supreme Court will hear oral arguments in Husted v. A. Phillip Randolph Institute, a case that addresses whether Ohio elections officials may target for removal from the registration rolls voters who’ve failed to vote, or otherwise update their information, over a two-year period (or one federal election cycle). Thanks to the state’s “supplemental” purging process, roughly two million voter registration records have been removed over the past 15 years.

Every state, under federal law, may remove registrants’ records for a handful of specified reasons, such as death, newfound mental incapacity, or a change of address. Before a state may remove a registrant due to a change in address, though, it must first comply with a two-step process laid out in the 25-year-old National Voter Registration Act (NVRA).  Elections officials, relying on reasonable information from a source such as the U.S. Postal Service that the registrant has moved, must send a “confirmation notice” to that individual.  If the voter doesn’t respond to that notice, and then fails to vote in the next two consecutive federal elections, the state may assume the voter relocated and remove his or her record. It’s a reliable system, as Congress found a quarter century ago, that allows a state to keep its records up to date without widely or unfairly purging eligible citizens’ registrations.

Registration is the gateway to voting; you can’t do the latter without the former. Congress acknowledged this when passing the NVRA in 1993 and the Help America Vote Act (HAVA) in 2002. It noted that we have a consistently low voter turnout rate, when compared with other democracies, and that to enhance that figure it was necessary to eliminate hurdles to voter registration that many, including groups previously denied the franchise, still face today. In passing the NVRA, Congress sought to make voter registration more accessible without compromising security. Thanks to its mandates, departments of motor vehicles, social services offices, and other agencies must provide eligible citizens with voter registration applications. In states where elections officials follow this requirement, registration rates increased. States are permitted to remove records in certain circumstances, as noted above, but the overall aim of the NVRA was to get citizens registered and to keep them registered.

Ohio’s practice, though, not only runs afoul of the law’s purpose but also violates its strict prohibitions against cutting registrants for the sole reason of failure to vote. Ohio Secretary of State Jon Husted, who’s appealing to the Supreme Court the Sixth Circuit’s decision striking down Ohio’s process, says he doesn’t remove citizens from the rolls for failing to vote—he removes them when they fail to respond to the “confirmation notices.” But that argument, as the plaintiffs in this case (represented by the ACLU and Demos) note, is a red herring. The point is that Ohio’s targeting voters for the very reason that they did not vote, and the NVRA—along with HAVA and the Voting Rights Act of 1965 —specifically prohibits that kind of discrimination.

There’s good reason for that prohibition.  Registration purges, particularly the onerous sort practiced in Ohio, take people out of “the system” and prevent them from voting. Once that habit’s broken, just like with running or a healthy diet, it’s harder to get back on track. Such removals, moreover, exacerbate some longstanding inequalities. As handfuls of briefs submitted by “friends of the court” in this case demonstrate, black voters were disproportionately affected by Ohio’s purging practice. Disabled voters, third party members, limited English proficient citizens, and servicemen and women also vote at lower rates and are less likely to receive and respond to notices.  It is crucial in a democracy to have their participation and not to disenfranchise them for failure to return a piece of mail—that they shouldn't have received in the first place.

It’s now up to the Supreme Court to put a stop to Ohio’s illegal purges. Doing so would curb practices that some elections officials implement in the name of security. Safeguarding our elections is a worthy cause, but registration purges do nothing to secure our elections systems. Instead, they cut access to a constitutionally cherished right—one that should not expire, despite a voter’s occasional lapse in casting a ballot. If administrators really want to protect our elections, they’ll put in place strong audits, voter registration modernization, and other practices that both ensure fair access to the vote and keep the system clean. Ohio’s “supplemental process,” though, just keeps legitimate voters out. That’s wrong, and un-American. Let’s hope at least five justices acknowledge that fact.

For more information on this case, please read these FAQs.