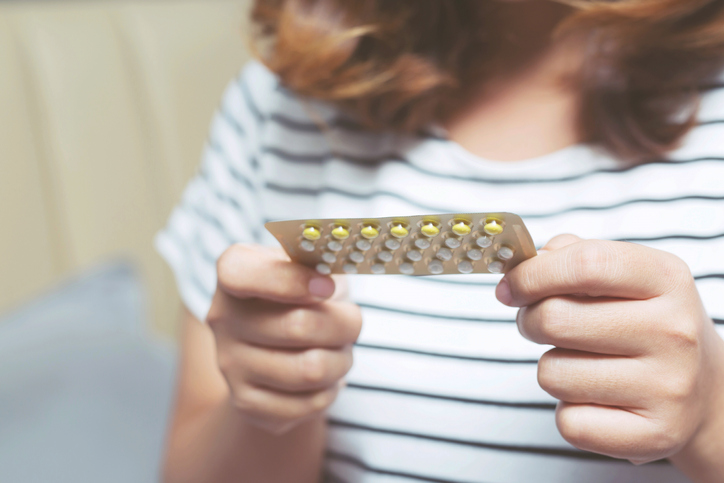 Three years have passed since access to birth control was before the Supreme Court. But now the issue has returned in force to the circuit courts of appeals as 15 states challenge extreme contraception rollback rules created by the Trump administration. The new rules, if upheld, could eliminate contraception insurance coverage for millions of women nationwide.  Oral argument will be held tomorrow in the Third Circuit and on June 6 in the Ninth Circuit.

Already, medical groups, business groups, and more are weighing in with their own arguments in more than a dozen amicus briefs, making their case against these rules that trample women’s constitutional rights and the ideals of religious pluralism.

Courts have called these new regulations a “dramatic” departure from the status quo with “potentially dire public health consequences.” Pre-existing rules allow non-profits and closely-held companies to provide notice that they object to insuring contraception on religious grounds. Their insurance company is subject to an independent legal obligation to provide insurance coverage. The Supreme Court allowed this compromise a few years ago in Burwell v. Hobby Lobby and Zubik v. Burwell because the impact on women is “precisely zero.”

Not so now. The new regulations make four changes that completely alter that calculus. Any company that chooses to -- think Nasdaq or Fortune 500 -- can claim an exemption, as can any private university. And not every objection need be religious; it can be merely “moral,” including the absurd belief that the role of women should be restricted to home or family. Next, the company or university can exempt itself without providing notice, in a way that impedes women and insurance companies from making other arrangements for contraception coverage. The last change may be the most outrageous. No proof is required. Blanket federal exemptions are allowed without requiring any corporation or university to justify, or even assert, a substantial burden on corporate religious beliefs.

These extreme rules purport to interpret the Affordable Care Act’s landmark contraceptive coverage guarantee, but perversely hollow it out. The ACA requires no-cost coverage of “preventative” services – and its Women’s Health Amendment makes clear that Congress intended to rectify past discrimination against women by health insurers. Before the ACA, women spent 30% to 44% of their out-of-pocket health costs on contraception. Congress rejected the Blunt Amendment, which infamously was promoted by an all-male panel and would have replaced the Women’s Health Amendment with a broad exemption for “moral” objectors.

These regulations resurrect the rejected Blunt Amendment, and defy common sense.  Contraception is used - at some point in their lives - by 99% of women (including 98% of Catholic women), but effective, consistent birth control remains expensive.

High out-of-pocket costs reduce effective contraception usage. The Women’s Health Amendment was an effective solution for that. Most recent numbers show that 62 million women now rely on the no-cost preventative services guarantee for contraception to protect their health and achieve personal, professional, and educational goals.

Moreover, as the Center for Reproductive Rights, the Lawyers Committee for Civil Rights Under Law, and other civil rights organizations argue, the rules unconstitutionally discriminate against women by denying them the ability to preserve and protect their health and well-being to the same extent as men. As the Supreme Court put it in Planned Parenthood v. Casey, “[t]he ability of women to participate equally in the economic and social life of the Nation has been facilitated by their ability to control their reproductive lives.” Business organizations like the U.S. Women’s Chamber of Commerce and the National Association of Female Executives have showed that contraception access increases women’s educational attainment and improves their achievement in the workforce.

President Trump’s rollback will most affect the people who can least afford it. African American women, for example, make 65 cents on the dollar compared to white men, and face higher rates of unintended pregnancy and death during delivery than white women.

The contraception rollback also violates the First Amendment and its promise of religious pluralism. As various religious denominations and civil rights organizations explain, the First Amendment provides that the government cannot “promote any particular denomination or provide believers with preferential benefits, and . . . force innocent third parties to bear the costs and burdens of others’ religious exercise.” Church-state scholars filed a separate brief elaborating on the “third-party-harm-rule,” which the Supreme Court has applied before in the case of employee benefits, holding that “[g]ranting an exemption . . . to an employer operates to impose the employer’s religious faith on the employees.”

The array of third-party briefs supporting the multiple lower court rulings blocking the contraception rollback underscore all that is at stake here in terms of fundamental rights, equality, and the American ideals of religious pluralism. Many agree with the district judge, who wrote: “It is difficult to comprehend a rule that does more to undermine the Contraceptive Mandate or that intrudes more into the lives of women.”