Governor, Legislature and COVID-19:  The Case of Louisiana 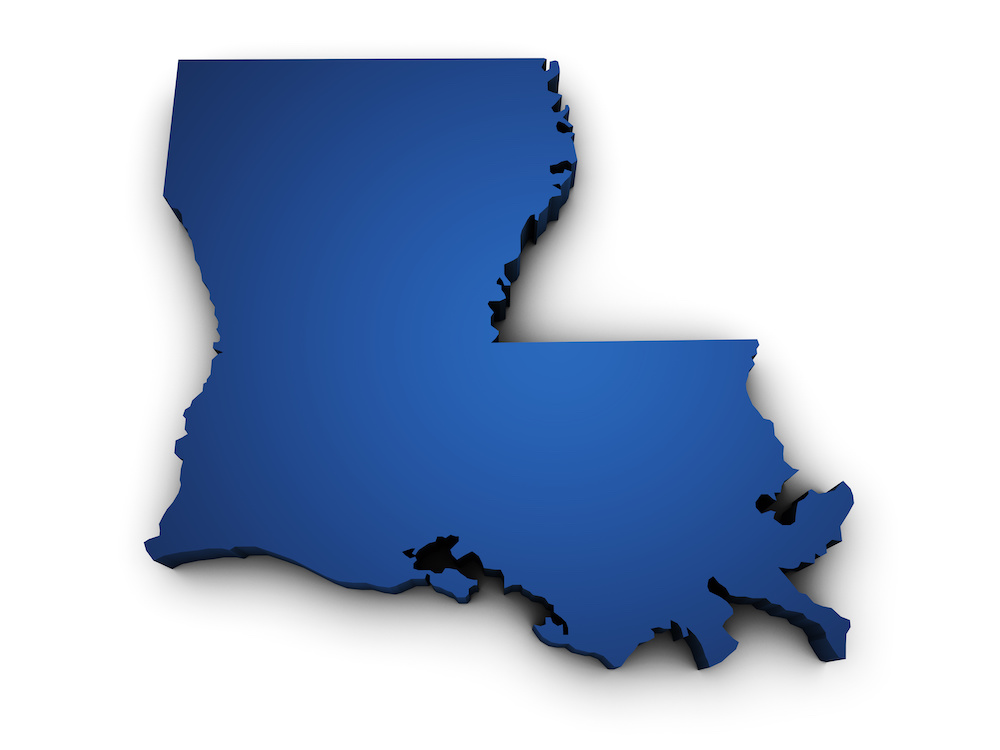 Louisiana has been and remains one of the epicenters of the COVID-19 epidemic in the United States.  Likely as a result of the failure of national and local officials to anticipate the possible health consequences of holding its traditional Mardi Gras celebration -- which brought over a million visitors to New Orleans during the last weeks of February -- New Orleans became an early hotspot for COVID-19.   From there, the disease spread rapidly throughout the state.  As of May 7, Louisiana had over 30,000 confirmed COVID-19 cases and has suffered well over 2,000 confirmed COVID-19-related deaths.  Not all communities in the state have been equally affected.  While African-Americans make up only 32% of the Louisiana population, they have accounted for some 57% of the COVID-19-related deaths.  St. John the Baptist Parish (or “county” for non-Louisianians), a small rural parish in the heart of Louisiana’s infamous “Cancer Alley,” has the highest per-capita death rate from COVID-19 of any county in the United States.  As of the beginning of May, the rates of new infections appeared to be declining in several parts of the state.  However, rates of new infections are still increasing in the Baton Rouge area and in the northeastern portion of the state, while holding steady in central Louisiana.

Against this background, a battle is brewing between Louisiana’s Governor – John Bell Edwards, a Democrat – and its overwhelmingly Republican-controlled Legislature, regarding how quickly the state should rescind the “stay at home” orders.  Governor Edwards first declared a state of emergency on March 11 and followed up with his initial “stay at home order” on March 13. That order effectively shut down most state offices, public and private schools and non-essential businesses.  That order has been renewed and extended several times since, though with minor modifications.  Most recently, on May 1, Governor Edwards issued the latest proclamation, easing restrictions on business activity to some extent (for example, by allowing restaurants to serve customers on outdoor patios, subject to minimum distancing requirements), but continuing the bulk of the stay-at-home rules through at least May 15.   In response, the Louisiana legislature has embarked upon multiple initiatives to force the governor to rescind, or at least substantially modify, the current stay-at-home order.   One effort, spearheaded by Louisiana House of Representatives Republican delegation chairman Blake Miguez, has sought to use the normal legislative process to pass laws modifying the governor’s order.  Though the specific wording of any proposed legislation is not yet final, the intent appears to be to amend the Louisiana Homeland Security and Emergency Assistance Act so as to limit the governor from issuing orders of this type.  On May 6, the Louisiana House and Governmental Affairs Committee held one afternoon of hearings and has voted to recommend such legislation.  At this point it remains unclear whether any such legislation will be enacted, whether it could be passed over the governor’s veto, or whether any of these measures would take place before the latest order expires by its own terms, on May 15.  It seems more likely that the threat of such legislation is being brandished as a bargaining tool, and that the governor and the legislature will reach some sort of compromise, with a substantial weakening of the state’s anti-COVID-19 mitigation efforts arriving sooner rather than later.  Politics, at least, seems to be proceeding as usual in Louisiana.

However, a more radical effort is also underway. State Representative Alan Seabaugh has proposed that the Louisiana House of representative make use of a previously un-used provision in the state emergency laws, which would at one stroke allow a one-house “petition” to rescind the Governor’s initial declaration of an emergency, and all the orders which have flowed from that original declaration.  It is unlikely that Rep. Seabaugh’s effort will bear much fruit.  As has been pointed out, rescinding the governor’s initial declaration of an emergency would likely put at risk the federal aid which has come into the state as a result of that declaration.  However, the fact that this mechanism has even been proposed can focus attention on the underlying Louisiana statutory scheme for dealing with these emergencies, and whether that scheme may violate the Louisiana Constitution of 1974.

In issuing his emergency proclamations Governor Edwards relied on the very broad statutory authority granted to him by the “Louisiana Homeland Security and Emergency Assistance Act”, first enacted in 1993 and amended into its current form in 2003.  In relevant part the Act provides that:

the governor is “responsible for meeting the dangers to the state and people presented by emergencies or disasters, and that in order to carry out the purposes of the Act, the governor may issue or amend orders, proclamations and regulations having the force of law;

during the state of emergency, the governor is empowered to suspend any regulatory statute and the operations of any state agency, may call upon all resources of the state or any of its political subdivisions, transfer control of state functions, commandeer private property, mandate rules regarding transportation, housing and alcohol.”

In delegating this authority to the governor, the Louisiana legislature reserved to itself a purported power to rescind a gubernatorial declaration of disaster or emergency, by a one-house petition (i.e., the provision that Rep. Seabaugh relied on, in proposing his one-house veto by petition):

As any student of constitutional separation-of-powers doctrine would note, this statute raises at least two constitutional issues: 1) whether the broad, standard-less delegation of authority to the governor to determine whether an emergency exists violates non-delegation doctrine; and 2) whether the statutory provision which allows a “one house veto” of the governor’s action violates the ordinary requirements of bicameralism and presentment.

To be sure, the non-delegation doctrine appears to be, for the moment at least, a dead letter on the national level.  The U.S. Supreme Court has not struck down any Congressional delegation of authority to executive agents on such grounds – no matter how broad or standard-less – since the 1930s.  However, the doctrine – and the principle on which it rests, that elected legislatures have a non-delegable duty to determine basic policy for the state – remain alive and well in many states, including Louisiana.  As recently as 2013, the Louisiana Supreme Court struck down a state law which delegated authority to a Board representing rice producers, to assess fees on all rice produced in Louisiana.  Though the decision rested on several grounds, the court was clear that the legislature’s failure to confine the Rice Boards’ discretion with appropriate standards violated the state constitution.   So too, perhaps, here.

The second issue is less clear, as Louisiana appears to have no case equivalent to the U.S. Supreme Court’s decision in INS v. Chadha which found the one House veto unconstitutional for violating the Constitution’s bicameralism and presentment requirements.   The Louisiana Constitution appears to be at least as clear as its federal counterpart in prescribing that legislation must be enacted in the proper way: by majority vote of each house and with presentment to the governor.  The Louisiana Constitution however allows the state legislature to suspend laws by concurrent resolution, without presentment to the governor, but it has been persuasively argued that this language should be interpreted to apply only to legislation, not to orders and regulations.  The Louisiana Administrative Procedure Act allows for legislative suspension of administrative agency rules and regulations, also by concurrent resolution, but it is unclear how that would apply to gubernatorial proclamations.  And, in any event, both these provisions require action by both houses.

It remains doubtful that the governor and legislature will come to an impasse requiring judicial scrutiny of the Louisiana Homeland Security and Emergency Assistance Act, but if they do, the results may be interesting.