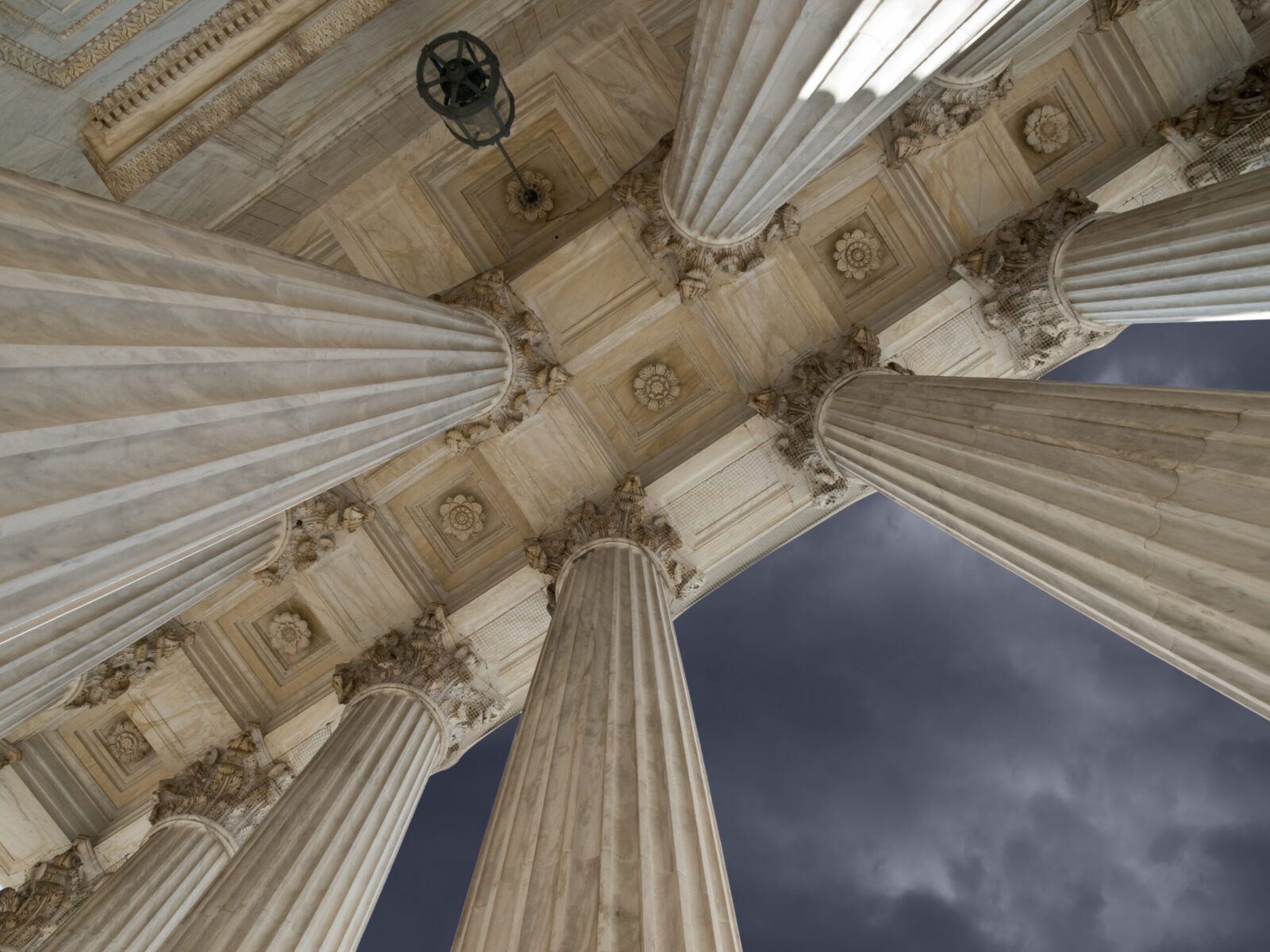 I am a law professor and was acting as docent for out-of-town relatives at the National Constitution Center, in Philadelphia, on Thursday, June 24, 2022, when a squib about the Supreme Court decision in New York State Rifle & Pistol v. Bruen, invalidating New York’s gun permit law, appeared on my phone screen. It was exactly one month after the gun-slaughtering of children and teachers in Uvalde, Texas.

If the Supreme Court could vanquish states’ rights and overturn a 100-plus-year-old state law that required New Yorkers applying for gun permits to fill out a form and explain their “particularized need” to carry a firearm in public, I held out little hope for the remaining opinions that the high court would issue by the end of term at the end of June.

The next day, while showing the guests the site at Seventh and Market streets where future-president Thomas Jefferson crafted the Declaration of Independence, the Supreme Court’s reversal of Roe v. Wade was announced in Dobbs v. Jackson Women’s Health Organization. Moments before “Roe is dead” text messages started flooding my phone screen, I had been explaining that Jefferson’s words about our inalienable rights to life and liberty had defined our nation for 246 years. No longer. In a heartbeat, some 50 years of precedent was gone in the second Supreme Court case of the week that conflicted with much I had learned in law school.

By the time the guests had left the city that gave America the Declaration of Independence and the Constitution, the Supremes, on Sunday, June 26, issued a stay of a lower court order and granted cert in Ardoin v. Robinson, a case that will also negatively impact the lives of millions. Even though a lower federal court (in the deeply conservative south) had found that the congressional maps drawn by officeholders in Louisiana had violated the federal Voting Rights Act by diluting the voting power of Black voters, the Court stopped the implementation of the district court’s ruling. This will let the inequitably drawn maps stand for at least the 2022 election cycle (and until the Court resolves a case that arose earlier in the term, Merrill v. Milligan, that will be heard next term, on October 4t, 2022). For now, Black Louisianians, who comprise a third of the state’s population, will have only a sixth of the voting power in the state.

Three days later, on Wednesday, June 29, a troubling fourth opinion was issued by the Supreme Court. In Oklahoma v. Castro-Huerta, they rolled back Native American rights and sovereignty – rights the high court had affirmed just two years earlier. In a 5 to 4 decision, Justice Brett Kavanaugh wrote that Native Americans no longer had exclusive power over criminal prosecutions on federally-designated Indian reservations. Oklahoma, and all other states, could now prosecute non-Indian people for crimes committed on Indian land.

Roberts, writing for a 6 to 3 majority, found in favor of the coal industry and held that Congress had not granted the EPA the authority to regulate power plant carbon emissions. Even though the EPA’s Obama-era power plant carbon reduction plan had been repealed by the Trump administration, and had not been “reactivated” by the current administration (which was coming up with a new plan), the Supreme Court weighed in anyway.

Roberts’ rationale? “There is little reason to think Congress assigned such decisions [as the regulation of greenhouse gases] to the Agency . . .” he wrote. The three Democratic-appointed justices dissented, with Justice Elena Kagan alluding to the absurdity of finding a plan not in use to be outside the scope of the EPA’s authority. She stated that the current administration had announced it was issuing new rules and that the majority’s decision “prevents congressionally authorized agency action to curb power plants’ carbon dioxide emissions. The Court appoints itself — instead of Congress or the expert agency — the decision-maker on climate policy.”

These five cases over eight days revealed that established constitutional law principles – of precedent, preemption, sovereignty, justiciability, and deference to Congress – were in shreds.

The rapid and extreme changes to such principles caused some states’ bar examiners to send SOS-emails to July 2022 law graduates sitting for this month’s exam.

“Applicants preparing for the July 2022 Uniform Bar Examination may find it helpful to know that … examinees will not be required to be familiar with this term’s U.S. Supreme Court decisions.”

It’s not just the bar examiners. Professors like me are revising their lesson plans because so much has changed. Law students are impacted, too. I got an anguished message last week from a 2022 graduate who said “Professor, I spent three years in law school, and in the last few weeks mostly all of what I learned is no longer true.”

These five decisions over the last eight days of the term have changed how I view the high court and how I will talk about the Supreme Court of my time. What I said to my former student is what I will say to my students this fall:

The Supreme Court majority of 6 are originalist-textualists who believe that the words of the Constitution should be understood as they were in Philadelphia in 1787 when the Constitution was written by 55 white, propertied men. Alexander Hamilton, who pushed for the document’s ratification, said that the (federal) judges would be virtuous men who held their offices for their lifetimes. The word “virtue” in 1787 meant “for the common good.”

Our current majority of justices, (the 6 who overturned Roe) are literalists akin to religious fundamentalists who insist that since the Bible says the world was created in seven days – it must be.

Our high court jurists have forgotten the then-literal, “original” meaning of virtue – to care, to share and to do what is best for the people. What they have done will take decades to undo.

After my diatribe, I apologized to the student for the state of things that my generation and this Court has left for her. I urged her not to emulate the nihilist Supreme Court majority. “Unlike them,” I entreated, “I need you to use your legal training to further the common good - - not to undermine it.”

Julie A. Werner-Simon is a former federal prosecutor, former constitutional law fellow, and currently serves as a law professor (adjunct) at Drexel University’s Kline School of Law, University of Southern California Gould School of Law, and is also a legal analyst at Drexel’s LeBow School of Business.

Why Chief Justice Roberts Should Retire