Donald Trump and Freedom of the Press 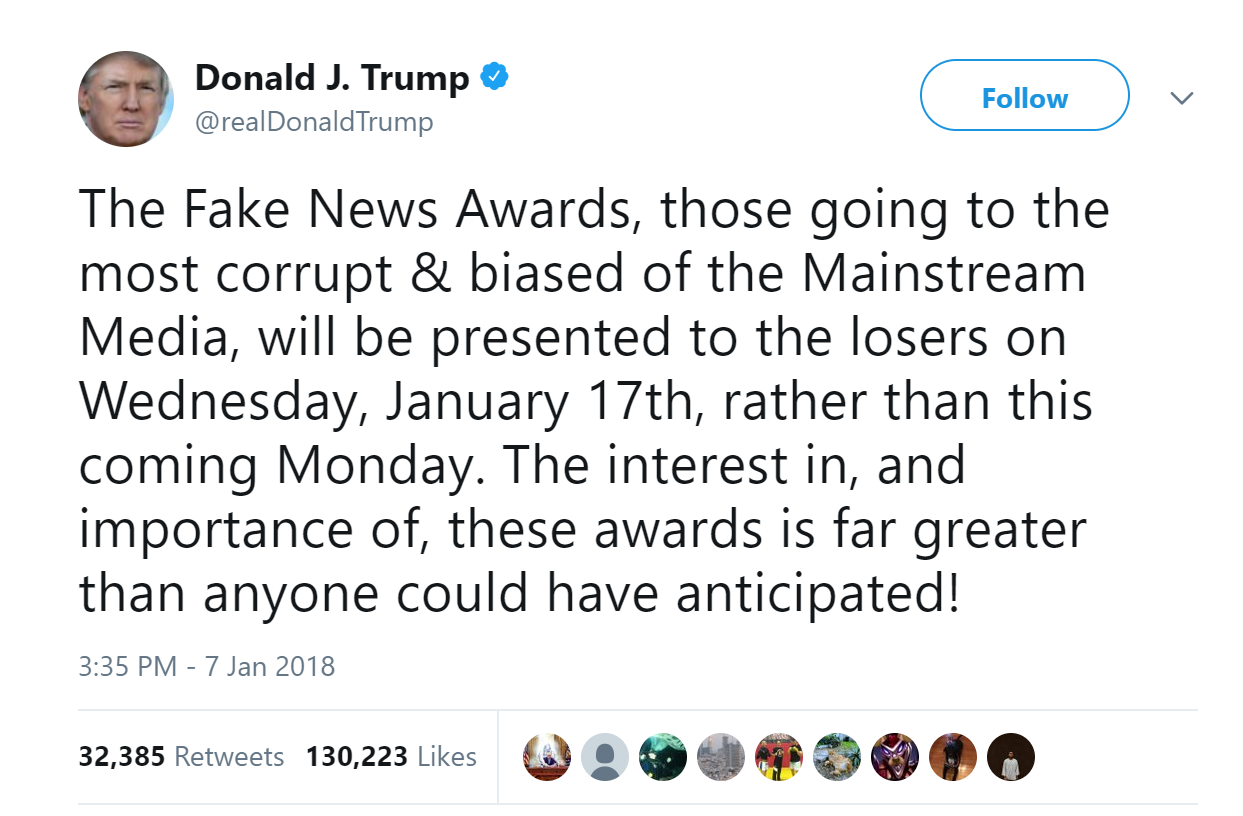 Presidents and the media long have had contentious relationships, but no president in history has expressed so much antipathy to the press as Donald Trump.  During the presidential campaign, he referred to the press as “dishonest,” “disgusting,” and “scum.”  He mocked the disability of a New York Times reporter, Serge Kovaleski, and repeatedly lashed out at reporters such as Megyn Kelly of Fox News and Katie Tur of NBC.  He threated to sue the New York Times for publishing his income tax return and the women who accused him of sexual harassment.

As president he has continuing to express this hostility to the media.  The day after his inauguration, on January 21, President Trump, in remarks at the CIA headquarters, said: “I always call them the dishonest media. . .  I have a running war with the media.  They are among the most dishonest human beings on earth.”  Less than a month later, Trump sent a tweet declaring that the nation’s news media “is the enemy of the American people.”  He has declared that “[t]he Fake News Media has never been so wrong or so dirty.”  In another tweet, Trump said, “Network news has become so partisan, distorted and fake that licenses must be challenged and, if appropriate, revoked.”  As a candidate and as president, he has urged changing libel law so that it is easier to sue the press for large amounts of money.

This is not just the rhetoric as the Trump administration repeatedly has taken action against the media.  The Trump administration has held press briefings where perceived liberal media outlets were excluded, placed gag orders on federal agencies and government employees, removed thousands of websites (such as those dealing with climate change and workplace safety), ordered investigations to find leakers, and excluded those who criticize him from his Twitter feeds.  Just last week, Trump’s lawyer sent a letter to a publisher ordering them to “cease and desist” from publishing a book by Michael Wolff critical of Trump and threatening a lawsuit to stop publication.

President Trump obviously has no understanding of a free press and he offers no support for it.  This is characteristic of authoritarian rulers who want to silence their critics, but inimical to a democracy.  Freedom of the press has been regarded as a cornerstone of democracy since the earliest days of the country.  As Thomas Jefferson said, “Our liberty depends on the freedom of the press, and that cannot be limited without being lost.”  Or as James Madison put it: “A popular Government, without popular information, or the means of acquiring it, is but a Prologue to a Farce or a Tragedy; or, perhaps both.”

Freedom of the press is essential to a democracy.  It is only through the press that voters can learn what the government is doing, form opinions about it, and be able to intelligently pressure government officials and participate in elections.  As the Supreme Court long has recognized, the press plays an essential role in checking government and preventing abuses of power.  This is especially important as to the President of the United States.

A year ago, a group of law professors (including me), wrote an open letter to Donald Trump as he was taking office.  Among other things, the letter said: “Once you are in office, it will be critically important for you—like your predecessors from both political parties—to ensure that the press is able to report and opine candidly on your activities, positions, and decisions without fear of politically motivated reprisal or restrictions on access to the White House. We urge you to allow the press to do its job, and we call upon you to commit to honoring First Amendment principles more broadly.”