Did the Dissent in Gundy v. United States Open Up a Can of Worms? 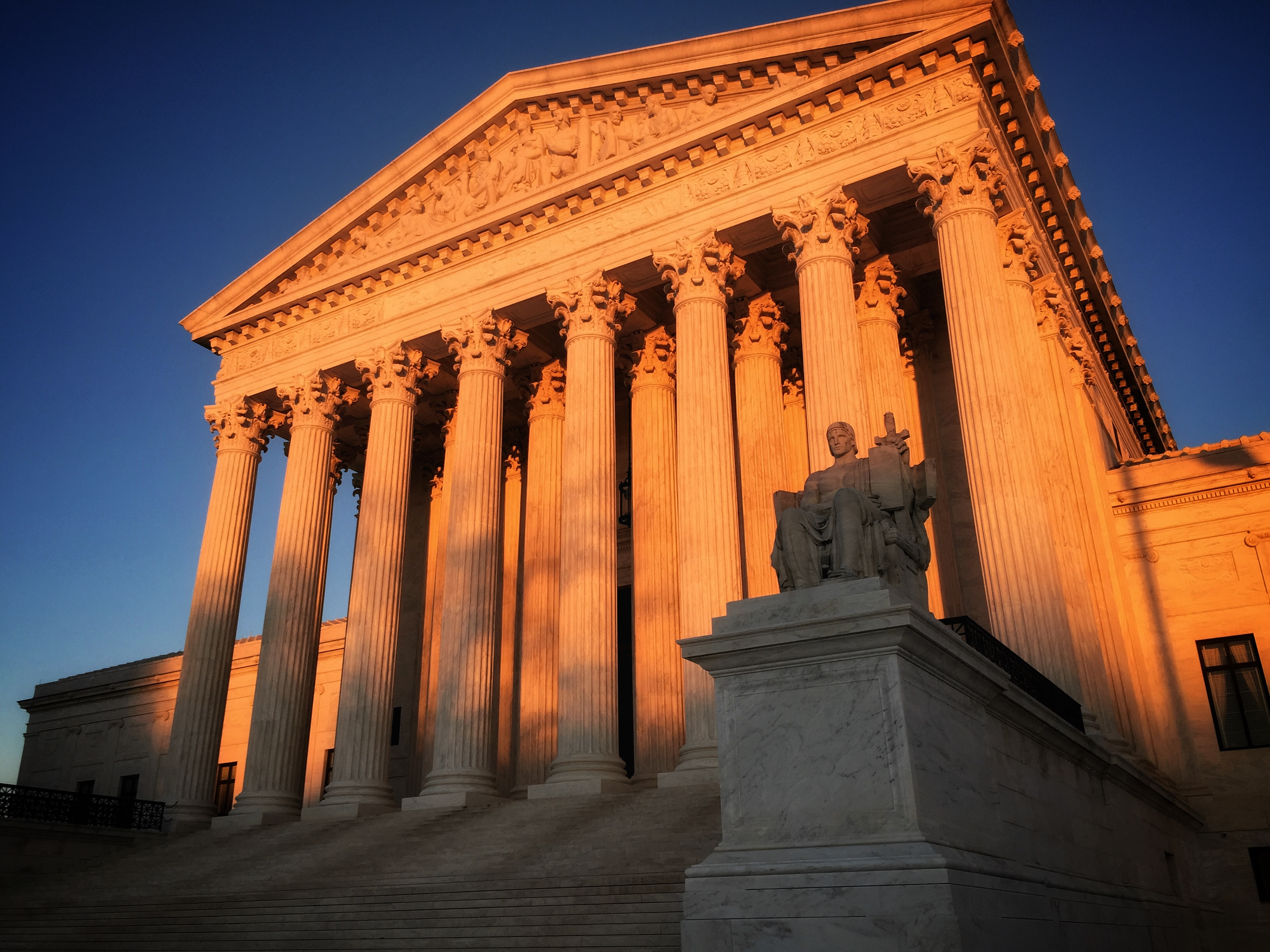 On June 20, 2019, the Supreme Court held that Congress did not unconstitutionally delegate its legislative power to the Attorney General (AG) in the Sex Offender Registration and Notification Act (SORNA). Although the Court upheld the statute, Gundy may have opened up a big can of worms.

SORNA requires “sex offenders” to register in every state in which they reside, work, or study. The Act focuses on those convicted after the statute’s enactment; it specifies that a sex offender must register initially before completing their prison term or within three days of sentencing if the sentence does not include imprisonment. The Act gave the AG the authority “to specify the applicability of the [Act’s] requirements” to those convicted before the Act’s enactment (so-called “pre-Act offenders”) and “to prescribe rules for the registration of any such sex offenders and for other categories of sex offenders who are unable to comply with” the Act’s registration requirements. The AG issued a regulation providing that SORNA’s requirements “apply to all sex offenders, including sex offenders convicted of the offense for which registration is required prior to the enactment of that Act.”

Gundy was a pre-Act offender who failed to register as required. In his defense, he argued that SORNA’s delegation to the AG was unconstitutional. The Second Circuit rejected his argument, as had the eleven other federal courts of appeals that addressed the issue. When Gundy petitioned the Supreme Court for a writ of certiorari, the Department of Justice didn’t even respond until the Court ordered it to. The Supreme Court, which at the time included Justice Kennedy, granted certiorari despite the lack of a split in the circuits. Ultimately, the Court agreed with the federal courts of appeals and upheld SORNA.

Justice Kagan wrote an opinion for herself and Justices Ginsburg, Breyer, and Sotomayor. She explained that the Constitution assigns the legislative power to Congress. Thus, Congress may not transfer powers that are “strictly and exclusively” legislative to another branch of government. It may, however, enlist the assistance of federal agencies to implement federal statutes, so long as the statute meets the test from the 1928 case of J.W. Hampton, Jr. & Co. v. United States: it must provide an “intelligible principle” to govern the agency’s actions. SORNA did so by requiring the AG to apply the registration requirements to pre-Act offenders as soon as possible, leaving the AG only the discretion to work out the details. Thus, the plurality opined that “the delegation in SORNA easily passes muster.”

Justice Alito voted with the plurality of “liberal” justices, but did not join Justice Kagan’s opinion. Instead, he voiced his willingness to “reconsider the approach we have taken for the past 84 years,” if there were a majority willing to do so. Justice Kavanaugh didn’t participate in this case, because he wasn’t on the Court yet when it was argued. That left only the Chief Justice, and Justices Thomas and Gorsuch to dissent.

Justice Gorsuch wrote for the dissenters. In his view, SORNA gave the AG unbridled discretion; it “endow[ed] the nation’s chief prosecutor with the power to write his own criminal code governing the lives of a half-million citizens.” Rather than simply disagree with the plurality’s interpretation of the Act, however, the dissenters advocated abandoning the “intelligible principle” test. Instead, they would uphold delegations only when Congress either 1) makes the policy decisions and authorizes an agency merely to “fill up the details”; 2) makes the application of a statutory rule depend upon executive fact-finding; or 3) assigns “non-legislative responsibilities,” i.e., leaves the executive discretion over matters that are already within the executive’s constitutional purview. In the dissenters’ view, SORNA does not meet those criteria. Presumably, Justice Kavanaugh would join the dissenters in future cases, which might bring Justice Alito into the fold as well.

The Court has only invalidated federal statutes for violating the so-called “non-delegation doctrine” twice—both more than eighty years ago. Chief Justice Rehnquist breathed some life into the moribund doctrine in a concurring opinion in 1980. Since then, however, the Court has upheld many broad statutory delegations of authority to agencies, including statutes empowering agencies to regulate in the “public interest,” set “fair and equitable rates” or “just and reasonable” rates, and to set air quality standards that are “requisite to protect the public health.” After Gundy, such typical delegations may not survive. As Justice Kagan warned (without hyperbole): “if SORNA’s delegation is unconstitutional, then most of Government is unconstitutional.”

Of course, it is Congress’s job to legislate. In the dissenters’ ideal world, Congress would make all of the requisite policy decisions, leaving only the details and implementation to agencies. On its face, it sounds reasonable. As a practical matter, however, requiring such specificity from Congress would grind regulatory lawmaking to a halt. Broad delegations are often the key to gathering enough votes to pass legislation. They give agencies the ability to respond to changing circumstances more quickly than Congress can. They insulate from politics the kinds of policy decisions that are more appropriately made by apolitical experts in agencies. As Professor Nicholas Bagley explained, “To run a functional, modern government, Congress has no choice but to delegate authority and discretion to federal agencies.”

Perhaps we need not panic. Justice Gorsuch cautioned against overstating the problem with the “intelligible principle” test; the Court has muted its impact already by invalidating statutes using other doctrines. Moreover, the dissenters appeared to be particularly concerned with the criminal nature of the Act. Justice Gorsuch ended his opinion with the hope that “the Court may yet recognize that, while Congress can enlist considerable assistance from the executive branch in filling up details and finding facts, it may never hand off to the nation’s chief prosecutor the power to write his own criminal code.” Perhaps adoption of the dissenters’ test wouldn’t change the outcome in many cases. Maybe if push comes to shove, the Chief Justice would vote to uphold Congress’s delegation out of “concern[] … with preserving the Court’s institutional position and the larger stability of constitutional arrangements,” as Professor Adrian Vermeule suggested.

The dissenters also said, however, that a “statute directing an agency to regulate private conduct to the extent ‘feasible’” would not satisfy them, because “feasibility” “might refer to ‘technological’ feasibility, ‘economic’ feasibility, ‘administrative’ feasibility, or even ‘political’ feasibility.” And Congress’s declaration of purpose cannot clarify the matter. Obviously, legislative history doesn’t help these textualists either. Would the dissenters allow agencies to regulate “in the public interest” or to “protect the public health” then? It seems doubtful.

We are left to wonder what Justice Alito might do in future cases. He could have joined the three dissenters without changing the outcome of this case; the Court would have split evenly, which results in an affirmance of the lower court’s judgment. Had he wanted to change the outcome, he could have joined the other “conservative” justices to order that the case be reargued so that Justice Kavanaugh could participate, as the Court did in Knick v. Township of Scott. Perhaps he felt constrained by the Court’s prior opinion on SORNA from 2012. Or perhaps changing the test wouldn’t have changed the outcome for him. He might favor abandoning the “intelligible principle” test, but that doesn’t necessarily mean he’ll vote to invalidate statutes as unconstitutional delegations of legislative authority.

What Gundy does mean is that statutory interpretation will continue to reign supreme in constitutional law. It means the Supreme Court will have the last word in our biggest debates about public policy. And it guarantees full dockets for the lower federal courts and for the excellent lawyers in the Department of Justice who have dedicated their careers to defending the United States.