Book Talk: The Enduring Constitutional Vision of the Warren Court 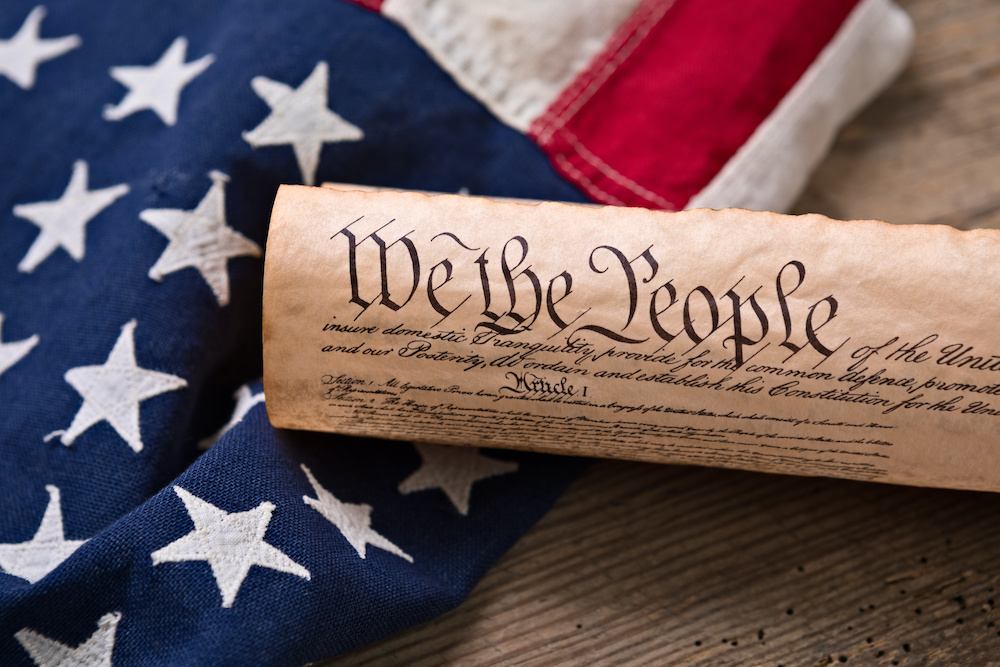 The following is a summary by the authors of the new book, Democracy and Equality: The Enduring Constitutional Vision of the Warren Court, Oxford University Press (2020).

Chief Justice Earl Warren retired from the Supreme Court a half-century ago, marking the end of the Warren Court. Before Warren joined the Court, school districts in 17 American states required black schoolchildren to go to different schools from white children. In 27 states, it was illegal for a black person to marry a white person. Every state in the nation violated the principle of “one person, one vote,” many of them grotesquely so. Government officials could sue their critics for ruinous damages for incorrect statements, even if the critics acted in good faith. Members of the Communist Party and other dissenters could be criminally prosecuted for their speech. Married couples could be denied the right to use contraception. Public school teachers led their classes in overtly religious prayers. Police officers could interrogate suspects without telling them their rights. People were convicted of crimes on the basis of evidence that police officers seized illegally. And criminal defendants who could not afford a lawyer had no right to a public defender.

Today, especially, it is important to see just how wrong the Warren Court’s critics are. Over the past half-century, the Supreme Court has become increasingly conservative. In this environment, the notion that the rulings of the Warren Court were examples of excessive judicial “activism” that were not based on law is especially toxic. That line of criticism opens the door to conservative claims that conservatives, alone, are truly committed to the rule of law—that the decisions of the Warren Court were the product of the justices’ political opinions or fuzzy liberal sentiment, not real law. It rationalizes aggressively conservative judicial decisions as a necessary corrective. All of that is wrong. The Warren Court’s decisions—unlike, it should be said, many decisions of the conservative Courts that followed it—were principled, lawful, and consistent with the spirit and fundamental values of our Constitution.

The Warren Court’s vision, at its core, was deeply democratic. The Warren Court thought its role was to act when American democracy was not truly democratic: when some groups were marginalized or excluded and denied their fair share of democratic political power. Most important, the Warren Court protected the interests of African Americans in the Jim Crow South, who were effectively kept from voting in many places and were utterly excluded, often violently, from positions of influence. The Warren Court protected political dissidents, stating unequivocally that free and open debate is a central commitment of any democratic government. In its “one person, one vote” decisions, the Warren Court put an end to manipulative and unjustified disparities in people’s ability to elect their representatives. The Warren Court acted on behalf of members of minority religious groups whose interests were disregarded by the majority, and of criminal defendants who were often also members of discriminated-against minority groups and who lacked any effective voice in politics.

Contrary to the critics, this was a principled and appropriate role for the Supreme Court to play. Ordinarily the people’s elected representatives should make the important political decisions in a democracy. If the courts are to step in, they must have a reason: a reason why a particular issue should not be left to ordinary democratic processes. In the cases that made the Warren Court famous, there were such reasons. The Warren Court did the things – fighting race discrimination, making sure that everyone’s vote counted the same, protecting dissidents from a majority that wanted to silence them – that a democracy needs to do and that elected representatives cannot always be trusted to do.

The Warren Court’s decisions implemented deeply-rooted American traditions of equality, democracy, and respect for the dignity of individuals—traditions that began with the Framing of the Constitution and were revitalized by the Reconstruction Amendments, and to which generations of judges, elected officials, and ordinary citizens have contributed. Those traditions have not always been honored as they should be; the Warren Court’s mission was to extend them to people who had previously been excluded. The Warren Court’s decisions brought to life our deepest national commitments.

Leading figures in the conservative legal movement have adopted, in name at least, an approach to the Constitution that they call “originalism.” Originalism has many variants, but the essential idea is that judges, in interpreting the Constitution, should adhere to decisions made by the people who adopted the constitutional provision in question. Originalism conveys a sense of rigor, and the conservative embrace of originalism has fed into the notion that only conservatives do real law—that the Warren Court justices were unprincipled “activists” who were engaged in politics or simply enforcing their own preferences and sensibilities.

The achievements of the Warren Court are themselves a refutation of originalism. Many Warren Court decisions that even conservatives accept today would unquestionably have surprised the people who adopted the constitutional provisions that the Court was interpreting. Ironically, there is a cottage industry among conservative legal scholars who try to show that decisions that they dare not renounce—Brown, most prominently—actually are consistent with originalism, even though the Warren Court itself never made such a claim and even though the evidence to the contrary is overwhelming.

The deeper problem, though, is that originalism is not actually rigorous at all. It is not even clear what question originalism asks; over time, originalism seems to have migrated from a search for original “intent” to original “understandings” to original “public meaning” to more complex and esoteric variations, often without a clear account of just what those notions require. It is all too easy for originalism to serve as rhetorical garb for conclusions that are reached for other reasons; people with opinions about gun rights, or religion, or affirmative action, or campaign spending, or the size of the federal government find enough in the archives to convince themselves that the Framers of the Constitution agreed with them.

To be clear, if originalism means adhering to the ideals that the Framers embraced—rule by the people, individual dignity, equality—then no one could object to originalism. And the Warren Court promoted those originalist ideals in a way that no Court, before or since, has ever done. But if originalism purports to dictate the outcomes of specific cases, then there are any number of problems with it—problems that have been rehearsed over and over, and never satisfactorily answered by originalists. The idea that the Warren Court wasn’t lawful because it wasn’t originalist has things backwards. The fact that even conservatives are unwilling to repudiate the central Warren Court decisions shows that originalism is not viable—and that the approach the Warren Court took has a more solid foundation in the law than anything originalism can provide.

In the post-Warren Court era, conservative justices have aggressively invalidated gun control legislation, even though there is no reason to believe that the democratic process is unable to deal with that issue. Similarly, conservative justices in recent decades have undermined affirmative action, even though it is difficult to see why a local school board—or any politically accountable body, which will be responsive to nonminority voters—should not be allowed to deal with school integration and affirmative action in the way it sees fit. And there are other examples of conservatives’ unjustified judicial activism, when the Court has undermined, instead of reinforcing, the power of the people to rule themselves: decisions invalidating critical provisions of the Affordable Care Act and the Voting Rights Act, striking down restrictions on commercial advertising, holding laws regulating corporations unconstitutional, resolving the 2000 presidential election,  and refusing to invalidate gerrymandering.

In Democracy and Equality: The Enduring Constitutional Vision of the Warren Court, we illustrate our claims about the Warren Court by examining 12 of its most important and controversial decisions. We discuss what the world was like before these decisions, what the decisions did, and why they were justified. We have moved well past the Warren era, of course. It is not clear when, or if, there will again be a Court with the same aspirations and commitments. But it is worth keeping in mind what the Warren Court accomplished, if only to give us an idea of what is possible.