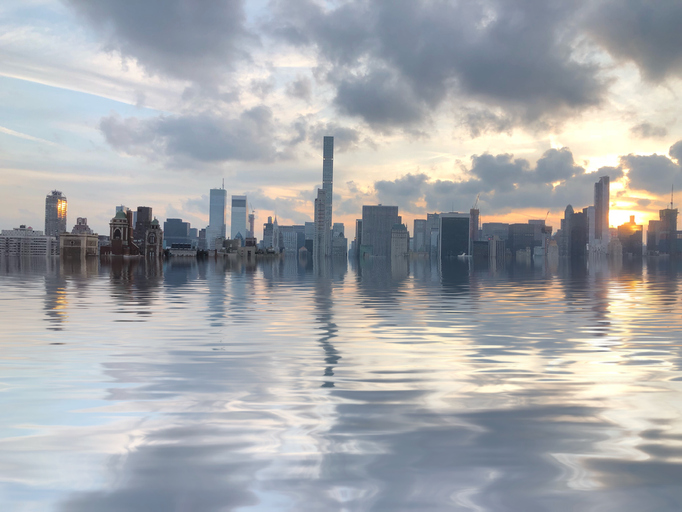 This blog was originally posted on Legal Planet.

The possibility of declaring a national emergency to address climate change will probably remain under discussion for the next couple of years, particularly if the courts uphold Trump’s “wall” emergency.  For that reason, I thought it might be helpful to pull together the series of blog posts I’ve written on the subject.  I want to emphasize three key points at the beginning:

Even if the Court upholds Trump, using this precedent to fight climate change will require some real soul-searching. Trump has violated a long-standing norm of presidential restraint in using emergency powers to address domestic policy. Whether to disavow or exploit that change in norms is a hard question. And declaring a climate emergency might help mobilize public opinion in support of legislative action, or it might cause a backlash that would make new legislation harder. But if the Supreme Court rules for Trump, the idea of a climate change emergency declaration has to be taken seriously.

Something of a compromise position might be to declare that the resilience of the electrical grid is a national emergency, not climate change itself.  That would still allow some important actions that would help reduce carbon emissions. Basically, many of the steps that are needed to decarbonize the grid would also increase its ability to resist and bounce back from disruptions due to national disasters or cyberattacks on the energy system.

With all that in mind, here’s what you need to know about the issues.

Would Climate Change Qualify as a National Emergency?

Trump has declared a national emergency so he can build his wall. But if illegal border crossings are a national emergency, then there’s a strong case for viewing climate change in similar terms. That point has been made by observers ranging from Marco Rubio to a Legal Planet post by Jonathan Zasloff.

I agree but I want to dig deeper because it’s such an important point. In order to uphold Trump’s emergency declaration, the Supreme Court will have to either rule that the definition of emergency is exceedingly broad or that courts have little or no power to scrutinize a presidential declaration. There is a genuine legal basis for calling climate change a national emergency, as opposed to Trump’s ridiculous border-security declaration.

If it upholds Trump’s declaration, it would be extremely hard for the Supreme Court to overturn a climate change declaration.  One reason is that some attributes of climate change and immigration are similar. Both issues involve the country’s relations with the outside world, an area where presidential powers are strong.  But it isn’t as if we suddenly found out about border crossings or climate change. Given these similarities, it would be very difficult for the conservative majority to explain why it was deferring to the President in one case but not the other.

The only major difference actually cuts strongly in favor of an emergency declaration for climate change: The U.S. government has already classified climate change as a serious threat to national security, and it is a threat that is getting stronger daily. Recent science indicates that climate action is even more urgent than we thought.

The Environmental Protection Agency. EPA has made a formal finding, based on an exhaustive review of the scientific evidence, that greenhouse gases endanger human life and welfare both within the United States and globally. That finding was upheld by the D.C. Circuit.  The Supreme Court reviewed other aspects of the D.C. Circuit’s decision but pointedly turned down requests that it review this EPA finding. The scientific evidence is ironclad. If a foreign power had somehow invented a weather-control technique to impose these harms on the United States, no one would doubt that this was a very serious national security problem. Trump is now trying to defuse this argument by convening a presidential commission, but the make-up of the commission will deprive it of any credibility.

Intelligence agencies.  National security agencies have consistently viewed climate change as a serious threat.  In written testimony to Congress about threats to national security, the Trump Administration’s own Director of National Intelligence (DNI) discussed climate change.  His discussion didn’t equivocate about the reality or dangers of climate change.  Rather, he took the science, and the threat, seriously: “The past 115 years have been the warmest period in the history of modern civilization, and the past few years have been the warmest years on record. Extreme weather events in a warmer world have the potential for greater impacts and can compound with other drivers to raise the risk of humanitarian disasters, conflict, water and food shortages, population migration, labor shortfalls, price shocks, and power outages. Research has not identified indicators of tipping points in climate-linked earth systems, suggesting a possibility of abrupt climate change.”

The Pentagon. The military has also taken a proactive stance on climate change. Former Secretary Mattis was clear about the impact of climate change on national security: “Climate change is impacting stability in areas of the world where our troops are operating today. . . It is appropriate for the Combatant Commands to incorporate drivers of instability that impact the security environment in their areas into their planning.”

Congress. Congress has also recognized climate change as a threat to national security and more specifically to military infrastructure and activities.  The most significant action was the passage of the Defense Authorization Act of 2017, HR 1810. The Act was a funding statute for the Pentagon.  Section 335 of the Act states that “climate change is a direct threat to the national security of the United States and is impacting stability in areas of the world both where the United States Armed Forces are operating today, and where strategic implications for future conflict exist.” In a crucial House vote, 46 Republicans crossed the aisle to vote against an effort to take out the climate provision. President Trump signed the bill.

What Legal Authority Would an Emergency Climate Declaration Give the President?

What government powers would be unlocked by declaring a climate change emergency? One immediate possibility would be to use the same power that Trump is considering in order to divert military construction funds to other uses – in this case, perhaps building wind or solar farms or new transmission lines. But what else could President X do?

The Brennan Center has compiled a helpful list of almost 150 statutes giving the President special powers during emergencies. The list doesn’t map the outer perimeter of presidential powers – there are other laws that give Presidents powers to take action on the basis of national security, and the President also has some ill-defined, though not unlimited, powers to take action without explicit congressional authorization. But the list provides a good start.   Since this issue has come up so recently, I can’t claim to have researched the statutes on the list in any depth, but my “prospecting” effort was enough to identify some promising areas for further exploration.

Here are some of the possibilities:

There may well be others on the Brennan Center list that I missed.  Moreover, as I said above, the President has other powers relating to national security, statutory and otherwise, that aren’t keyed to a declaration of national emergency – for instance, the kinds of tariffs Trump has imposed on foreign goods (say those relating to oil and gas drilling, or to oil imports.)

You might well respond that using these various powers to deal with climate change is stretching them far beyond any reasonable understanding of congressional intent. But if the courts upholds Trump’s action, that will be a sign that they’re not willing to apply any meaningful oversight to presidential actions.

What Would be the Possible Benefits of an Emergency Declaration?

declaring a climate emergency could have benefits even apart from any concrete follow-up.  It would be a strong signal that the U.S. recognizes the urgent need to cut carbon emissions – a signal to the international community as well as courts and agencies in the U.S.  That would be a plus by itself.

Beyond that, I would favor tying emergency actions (at least at the start) to recognized issues that impact our society’s security.  One is grid resilience. Renewables and storage would make a particular contribution to resilience in areas where they have the least penetration, meaning the Southeast, but also in many other states.  Microgrids combined with distributed solar could also be useful in the wake of natural disasters like the hurricanes endemic to the Gulf Coast.  We need to jump-start the carbon transition in those parts of the country to pave the way for more comprehensive measures. We also need to upgrade the grid elsewhere.  Doing so would allow much bigger cuts in emissions from the electricity sector.

Another security-related issue involves military installations.  The military has already taken steps to increase use of renewables and to harden sites against sea level rise.  But a lot more could be done, particularly in the way of much greater electrical storage capacity (which might include use of electric vehicle batteries).  Military funds could be redirected for these purposes, and the military could also be involved in increasing grid resilience in areas surrounding military bases and for critical infrastructure more generally.   This could be especially helpful in starting the ball rolling in the Southeast, which remains the most backward area in terms of renewable energy.

A third option would be to take America out of the business of encouraging the use of coal in other countries.  Emergency and national security powers give the President considerable leverage over exports and financing of foreign projects. We should not be devoting our resources or production to encouraging countries like India to build more coal plants.

It would take a lot more work to turn these ideas into actionable proposals.  We’d need to know the effect of these measures, the available resources, and just what statutory provisions would support them. Closer study could also turn up additional possibilities.   It would probably take a sustained effort, maybe by a small team, to actually work through the issues in-depth.

If the Supreme Court overturns Trump’s order, declaring a climate emergency seems far less appealing. But who knows if that will happen? And of course, we have no way of knowing just when we might have a President who actually wants to do something about climate change. That’s definitely not something we should take for granted! But if and when that does happen, he or she should have access to a full analysis of the policy options.

As much as I care about climate change, I am hoping that the courts reject Trump’s emergency declaration, which would make these questions moot. Even putting aside my feelings about the wall itself, I think it’s an undesirable expansion in presidential power.  But there’s no guarantee the courts will stop Trump. If his action is upheld, the door will be open for declaring a climate emergency, if we choose to go down that path.