Ann C. Hodges Professor of Law Emerita and Program Chair for Paralegal Studies at the School of Professional and Continuing Studies, University of Richmond 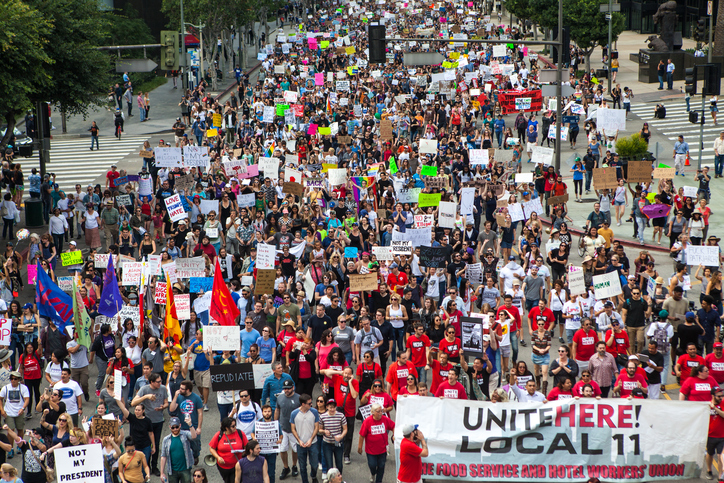 The Supreme Court’s decision in Janus v. AFSCME provides a primer in how to overturn precedent.  In addition, it offers a lesson in how powerful political interests combine to consolidate their power.

Justice Alito began to lay the groundwork for reversing Abood v. Detroit Board of Education in 2012 in Knox v. Service Employees.  He continued the project in Harris v. Quinn in 2014.  In both of those cases involving union fees, he raised questions about their constitutionality in dicta.  Having inserted this dicta into the opinions, he then cited it in later decisions as casting doubt on the Abood decision. Given the lengthy history of conservative political organizations challenging union dues and fees, there was no question that the issue would return to the Court once Justice Alito had planted those seeds of doubt. The Justice got his first chance in Friedrichs v. California, but the death of Justice Scalia caused a 4-4 stand-off. Janus provided the opportunity to complete the project. The joint efforts of a majority of conservative justices (obtained by the political delay in appointing Justice Scalia’s successor) and the organizations that challenge union fees (which are funded by the same powerful interests that supported that delay) struck a serious blow to the interests of every day working Americans who are neither corporate nor wealthy.

The decision was no surprise, given the composition of the Court and Justice Alito’s maneuvering. It does, however, contain the seeds of a few possible silver linings, as well as the potential for unintended consequences. The Court emphasized the difference between the speech of groups of employees and the speech of an individual employee regarding terms and conditions of employment. The opinion suggests the latter has little if any protection while the former implicates issues of significant public concern. The potential for significantly greater protection for public employee speech by groups, and the unions representing them, may encourage unionization. Certainly, it offers a strong selling point for unions in organizing members.

While the Court found it unnecessary to decide whether collective speech is deserving of heightened scrutiny if restricted or compelled, language in the opinion could be used to support a claim for stronger protection for speech associated with collective bargaining. Thus, unions may have constitutional grounds to challenge state restrictions on bargaining.

The Court also suggested that unions might be able to decline to represent workers in grievance and disciplinary proceedings if they do not pay either union dues or a representation fee. This possibility poses a dilemma for unions.  Do they decline to represent these individuals, perhaps creating hostility toward the union, or represent them in hopes of convincing them that membership is worthwhile? Further, either position may influence existing union members to drop or retain their membership.

As for private sector fee requirements, the opinion suggests, but does not decide, that the First Amendment is not implicated by statutory schemes that allow, but do not require, unions and employers to negotiate fee obligations for nonmembers.  Nevertheless, one wonders if this Court will find a way to strike down the private sector laws in a future challenge that will certainly be funded by the same groups that brought Janus, despite the state action doctrine.

The Court opined that there is no question that compelling the union to represent all workers exclusively is constitutional, despite its “significant infringement on associational freedoms that would not be tolerated in other contexts.” Given the remainder of the opinion, which diminishes, if not obliterates any distinction in First Amendment doctrine between the labor relations system and other settings, it is not so clear why that is the case.  Some unions may decide to challenge the constitutionality of exclusive representation, a system that has substantial benefits for employers.

As for unintended consequences, the majority seems particularly disturbed by compelled speech, offering the possibility of future challenges to a wide variety of government requirements that force individuals to pay fees that are used for objectionable purposes.  The bar dues and student fees previously upheld on the basis of Abood, as well as schemes such as mandatory auto insurance, homeowners’ association dues, licensing requirements, pension contributions, and even taxes may be at risk of legal challenge.  While the majority, without hostility to these mandates, may uphold them as justified by governmental interests, costly litigation and interim uncertainty will occur.

Finally, the majority finds the interest in labor peace which justified union fees in Abood to be of little weight. In light of the awakening of public employees evidenced by the recent teachers’ strikes in red states that do not allow collective bargaining, the powerful interests that support restrictions on unions may come to regret this rejection of the importance of labor peace.

In a democracy, powerful forces can only oppress citizens for so long before resistance arises. The teachers’ strikes provide contemporary evidence of that phenomenon. The National Labor Relations Act was enacted in the 1930s to quell labor uprising. The Janus decision, along with the May decision in Epic Systems v. Lewis, may hasten the arrival of a similar time of reckoning.