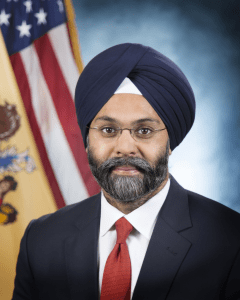 For years Asian American and Pacific Islander Heritage Month has been an opportunity for us to lift up and celebrate the many contributions of AAPI individuals and communities to our society, and to our country. But this year, instead of celebrating, many Asian Americans are living with a sense of fear.

According to a new study, attacks against Asians in 16 of the largest cities and counties across the United States increased 164 percent in the first three months of 2021 compared to the first quarter of 2020. In March, eight people were killed in the Atlanta area, six of whom were Asian women; and in April eight people were killed at the FedEx facility in Indianapolis, four of whom were members of the local Sikh community.

Each of these mass shootings (as well as those in so many other cities and towns across America this year alone) is horrific, and while investigations are ongoing to determine motives in Atlanta and Indianapolis, this deadly violence heightens the alarm many Asian Americans feel.

Of course, it hits close to home when acts of bias and hate affect so many members of your community. But these terrible, deadly acts can also impact us in unexpectedly personal ways.

Among those murdered in the Indianapolis mass shooting were women and men as young as 19 and as old as 74. Two of the victims, Jasvinder Kaur and Amarjit Kaur Sekhon, not only shared my Sikh faith and heritage: after they were killed, I learned they were distant relatives.

Jasvinder Kaur was a mother of two. Amarjit Kaur Sekhon was a mother and the primary breadwinner of her family. They were related by marriage, meaning that, tragically, this extended family lost two members to the violence.

Their loss, and the lives of those we’ve lost in all these senseless acts of violence, reminds us that acts of bias and hate have real and terrible consequences; for the victims, and for all who are touched by them, however remotely. These acts also remind us that across the U.S. strong action is needed.

There are some encouraging signs at the national level. After taking office the Biden-Harris administration issued an Executive Order condemning racism and intolerance against Asian-Americans, and in April the U.S. Senate passed a bipartisan anti-Asian hate crimes bill.

But there is only so much the federal government can do. We lack accurate data to assess the problem nationally, and because local law enforcement deals with the vast majority of incidents, most of the information about the problem is scattered and decentralized. Annual FBI reporting is widely known to undercount hate crimes, because statistics are based on voluntary surveys sent to law enforcement agencies across the country. And these statistics only account for reported hate crimes; they exclude bias incidents, such as harassment.

This is where state governments can, and must, step in to bridge the gaps. In New Jersey, we’ve developed a strategy that other states can draw from to address hate and extremism.

First, uniquely, New Jersey law requires all state, county, and local law enforcement agencies to report incidents of bias and hate to the uniform crime reporting system maintained by our State Police. Using this comprehensive data set, we release annual as well as monthly reports detailing bias incidents by location, type of crime, and who was targeted.

The data both inform and underscore the importance of a second step we’ve taken: understanding and addressing the causes of hate and bias among children and young adults. One critical issue our data revealed is that more than half of all known bias offenders in New Jersey in 2019 were age 25 or younger, and nearly half of that group consisted of young people age 17 or under. In response, Governor Phil Murphy created the interagency New Jersey’s Youth Bias Task Force to generate solutions to root out discrimination and hate among young people.

The Task Force’s report offers more than two dozen recommendations on ways to reach young people before they become radicalized by hateful rhetoric and ideologies. These include incorporating anti-racism coursework into our schools’ curricula, and reforming New Jersey’s hate crime laws to make them among the toughest in the nation.

Third, we need look no further than the assault on the Capitol Building to see that comments lead to conduct, and how quickly and dangerously hateful rhetoric is amplified and spread online. This is why we’ve been working to hold social media companies accountable for their role in propagating hate, urging social media platforms like Facebook to adjust their recommendation algorithms that make it easier to share and promote extreme content—and stop providing community to bigots and violent conspiracy theorists.

The fourth aspect of our strategy involves innovation, making it easier for residents, especially victims, to report incidents in their communities. In November, we launched an online portal, bias.njcivilrights.gov, which offers a simple way to report bias incidents anywhere, anytime.

There is much more to be done, and our efforts to understand and prevent hate and the violence that often accompanies it continue. We invite other states, and the federal government, to collaborate with us, and borrow pages from our data-driven playbook. In doing so, we can return again to celebrating the diverse cultures and heritages that comprise who we are as a nation, without grief and fear.