Brown v. Board of Education Was Rightly Decided 65 Years Ago. Why Do Trump's Nominees Refuse to Admit It? 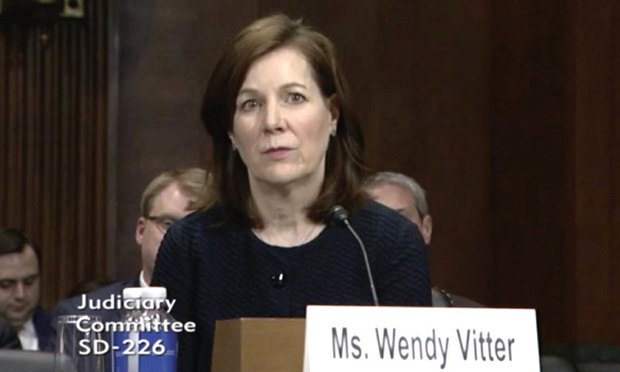 This Friday marks the 65th anniversary of Brown v. Board of Education, which would normally be an occasion to commemorate the historic ruling and assess our nation’s progress toward equality and integration. But this year, there are startling new reasons to worry that Brown is imperiled by judicial appointees of the Trump-Pence administration – and that should raise alarms for everyone who cares about civil rights.

The Supreme Court’s unanimous 1954 decision in Brown was monumental in several respects. It struck down the doctrine of separate but equal and began rolling back the sprawling policy of racial segregation in schools and public accommodations. It infused real meaning into the Constitution’s core value of “equal protection of the laws.” And it undergirded constitutional milestones of the 20th century, including the 1967 decision of Loving v. Virginia, which overturned bans on interracial marriage, the 2003 decision in Lawrence v. Texas, which struck down the criminalization of LGBTQ persons, and the 2015 decision in Obergefell v. Hodges, which recognized marriage equality and drew upon Loving and Lawrence.

For the last half century, Brown has been universally praised by nominees to the federal bench, irrespective of the president who nominated them. In his 2005 confirmation hearing, then-judge John Roberts highlighted the “genius of the decision” and said he thought it was “certainly” correct in examining the realities of public education at the time. Likewise, in Samuel Alito’s 2005 testimony, he praised Brown as “one of the greatest, if not the single greatest thing that the Supreme Court of the United States has ever done,” which he “[a]bsolutely” believed protected the rights of children. This consensus extends long before, including Anthony Kennedy who, in 1987, unambiguously extolled Brown as “right when it was decided, and . . . right if it had been decided 80 years before.” Since joining the bench, scores of justices and judges have continued to celebrate Brown in public speeches and official commemorations.

But in recent months, multiple judicial nominees from the Trump-Pence administration have departed from this mainstream consensus and evaded straightforward questions about whether Brown was correctly decided. For example, a nominee for a lifetime federal judgeship in Louisiana, Wendy Vitter, refused to weigh in on Brown at her Senate hearing and only said tepidly that it was “binding.” Neomi Rao, who was confirmed to replace Brett Kavanaugh’s seat on the D.C. Circuit, elusively remarked at the time that it was “not appropriate” for her to comment on the “correctness of particular precedents.” In an apparent coordinated position, multiple nominees for the bench and for senior positions at the Department of Justice have since conspicuously avoided agreeing with Brown.

This is especially troubling for LGBTQ Americans, since it suggests that judges put forward by the Trump-Pence administration may not accept the Constitution’s guarantee of equal protection.  These nominees’ steadfast refusal to validate Brown also raises serious questions about whether they would try to overturn or narrow yet other longstanding civil rights precedents that are widely considered established and uncontroversial, such as the right to privacy. The avoidance of Brown seems part and parcel of the administration’s broader effort to roll back LGBTQ rights and civil rights and unleash a sweeping new license to discriminate against same-sex couples and families. The prospect of resuscitating a legal doctrine of separate facilities has particularly disturbing ramifications for the transgender community, since it could be used to uphold exclusionary policies in the workplace and in bathrooms. Moreover, the recent resistance to LGBTQ equality at the state level and on ostensibly theological grounds has some noticeable parallels to the widespread resistance to implementing Brown in the late 1950s and 1960s.

So this season’s anniversary of Brown is markedly different than years past, since basic precedent and principles are at risk in a way that they have not been in 65 years. The best way to memorialize the legacy of Brown is to mobilize around judicial nominees who accept its foundational importance, not just as a matter of constitutional law, but as an expression of basic human equality. Standing up for Brown is an important way to maintain the promise of equal justice for all Americans – and it could make all the difference for the next 65 years of constitutional rights.