Are You Still With Us? 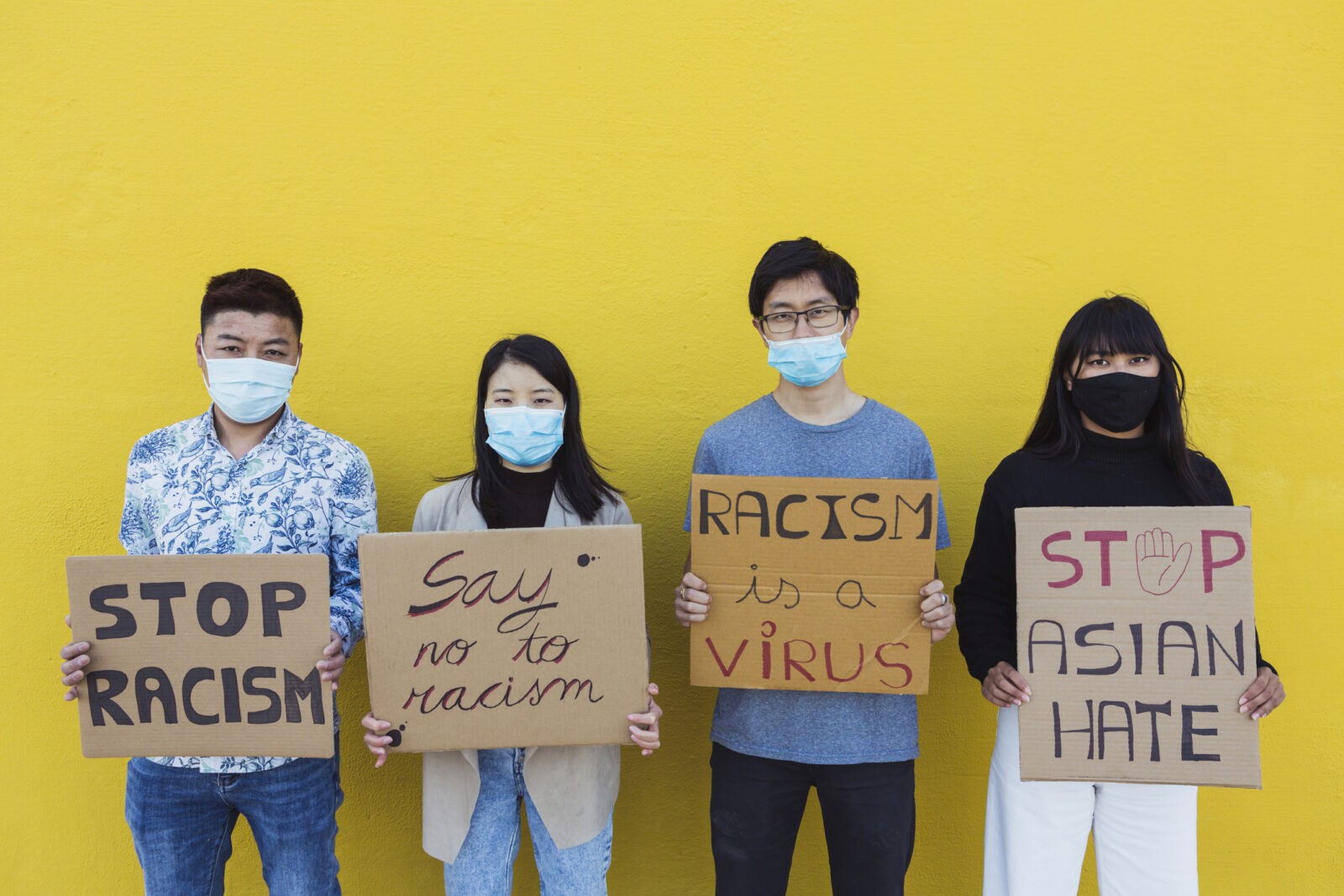 I have a memory from high school that I keep returning to in recent years. Though I usually got a free lunch at school, on this day I decided to bring something from home: a Chinese bun containing “meat floss.” One of my friends bemoaned he’d forgotten his lunch money and was starving. I ripped my bun apart and gave him half. He took one bite and spit it out, proclaiming his disgust. I quietly “agreed” that I didn’t like the bun either, and threw the rest away.

Now as a lawyer, someone who is supposed to advocate for others, I keep returning to that failure to advocate for my own people and culture. Unfortunately, I’m sure many immigrants or their children have similar stories of burying themselves to try to erase their alienation. Now, in the wake of increased violence against Asian communities (though such violence has always been there), it feels strange when allies ask what they can do to support me. I’ve gotten used to fighting for others, but I’ve never really thought about fighting for myself.

I have spoken to some who, like me, grew up as one of the few Asians in their areas, struggling to fit our own identities into the fight for racial justice. How do we collectively organize when we can have very disparate lives? How do we raise awareness of discrimination against Asians to build bridges between all victims of white supremacy, without engaging in an “oppression Olympics?” How do we advocate on behalf of AAPI communities when “AA” often represents Far East Asians only, excluding other Asian American communities, and the “PI” is ignored? How do we fight anti-Blackness when there is so much of it among our people, perhaps in our own families? I’m not sure how to address these questions, but I know that we cannot answer them if we don’t engage with the questions in the first place. And we can’t answer them alone amongst ourselves, but must do so in active dialogue with those we seek to support and seek support from.

This dialogue must also be broader than the narrow confines of “representation” that it is so often confined to. If you truly care about “stopping Asian hate,” then it’s not just representation in TV shows or movies that matters. You have to fight for our inclusion in court rooms, board rooms, and other halls of power. And together we must do so on behalf of Black, brown, and indigenous communities too. Yes, a younger me eagerly browsing the comic stacks could not have imagined that one day Marvel would feature actors like Chloe Bennet and Simu Liu, and I appreciate how their presence will inspire today’s children. But just as important is how these actors use their platforms to loudly proclaim “Black lives matter,” advocate for more diversity in politics, and highlight the struggles of communities beyond our own. Maybe some of today’s younger fans will then discover real-world superheroes as well: emulating Dale Ho’s fight for democracy, Ai-jen Poo’s organizing of vulnerable workers, or Hinaleimoana Wong-Kalu’s defense of Native and trans rights.

I raise this issue of the need for holistic and meaningful representation because I am worried that folks will focus on this battle—increasing representation in media—and ignore all the other work that is needed. Despite being so prepared for other fights for justice, I have seen many feel unmoored by the fight for AAPI communities; it is because, for the first time, they are just starting to reckon with AAPI discrimination and its intersectionalities.

Do you really want to know what you can do as an ally? It’s what I must commit to doing more of myself—learning more about people, communities, and cultures, and finding opportunities for connection, especially ones that exist within our own backyards. If we are not supporting these communities where we live, what good can we do for those elsewhere? Get engaged with AAPI organizations locally. Asian Americans, broadly speaking, are the fastest growing demographic (and voter block) in more and more states. Just here in Philadelphia, we have advocates like Esther Castillo working to address the stigma surrounding mental health, or Anna Perng who fights for disability inclusion. Groups like Asian Americans United have been around for over thirty years. After the Atlanta shootings, I saw so many non-Asian “allies” in Philadelphia sharing social media posts from national organizations; I doubt that they’ve heard of VietLead, the Woori Center, or done any basic research on what local groups are doing in the community.

If there are Asians in your area, then there are Asians who have experienced discrimination nearby, and the burden should not be on them to cure your ignorance. If a lot of the hurt in the AAPI community seems unheard, to some extent it’s probably because there weren’t willing listeners on the other end. Thankfully, in this moment as more of us find our own voices again, I do believe there is finally that audience for our pain and real solutions, instead of the false paeans for policing that end up endangering all communities of color. Ultimately though, what must happen is the acknowledgment that we exist all the time, not just when tragedy and guilt demand it. Long after the news cameras have moved away, the shame and fear in our communities will still be here. Then, we’ll see if you’re still with us.

Chris Lin is an ACS Assistant Director of Chapters, and can be found on Twitter and Instagram at @chrislin412.