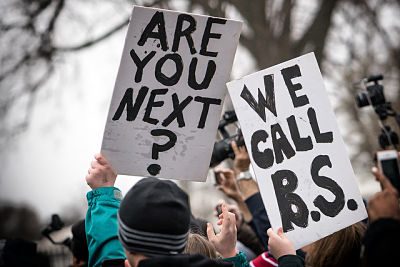 Battered, bruised and demoralized – literally and figuratively – by an unsuccessful two-year campaign to desegregate Albany, Georgia, a small southwestern town near the Alabama border, the leadership of the Southern Christian Leadership Conference (SCLC) convened in January 1963 to assess its mistakes and plan a way forward. Frustrated by Albany Police Chief Leslie Pritchett’s clever response to the Albany campaign – he never publicly used violent tactics to arrest demonstrators – Martin Luther King, Jr. needed a success to recover the momentum in the civil rights movement that had stalled by December 1962. The prominent African American journalist Louis Lomax observed that King’s public image as a flawless strategist had taken a serious hit. “The next town he visits,” Lomax wrote, “to inspire those who are ready to suffer for their rights, he will find people saying, ‘Remember Albany.’”

Among the SCLC ministers gathered in Dorchester, Georgia was Fred Shuttlesworth.

Born in south Alabama, Shuttlesworth had taken the pulpit of Bethel Baptist Church in Birmingham in 1953, and quickly made clear he would shrink from no challenge or personal threat to his safety to push for desegregation. In 1956, after Alabama had outlawed the NAACP on the grounds that it operated in violation of criminal law to organize the Montgomery Bus Boycott and obtain the admission of Autherine Lucy to the University of Alabama in February 1956 – it did neither, by the way – Shuttlesworth co-founded the Alabama Christian Movement for Human Rights (ACHR) to fill the void. Shuttlesworth told his colleagues that it was time to bring the movement to Birmingham, the largest city in Alabama, and one whose population was forty percent black and teeming with racial tension. Shuttlesworth had left Birmingham for Cincinnati in 1961, somewhat frustrated with what he viewed as a preference for “flowery speeches” over direct action to challenge Jim Crow. But in January 1963 he believed Birmingham was ripe for what he called “Project C” – for Project Confrontation. The SCLC agreed to move its next major operation to Birmingham.

By April, demonstrations had taken on a constant rhythm. King’s willingness to lead by example resulted in his arrest on Good Friday. He was placed in solitary confinement, where he would pen, on scraps of paper smuggled out by his friend and SCLC executive director Wyatt T. Walker, his famous “Letter from a Birmingham Jail.” King’s jailing had now become the major media story and the demonstrations directed against the entire downtown white business community had begun to flag. After his release on April 20, King assembled the SCLC leadership now ensconced in Birmingham to discuss how to put the protests back on track. James Bevel, a veteran of the successful 1960 spring sit-in campaign in Nashville, suggested that they recruit schoolchildren to flood the sidewalks, parks and streets of downtown Birmingham. Bevel knew full well that Birmingham was a more hostile environment than Nashville, and that using children carried a certain degree of risk. But he also knew from his work on the ground that black children understood the consequences of their parents’ decision to demonstrate – the loss of their jobs, the possible bombing of their homes and economic sanctions from local banks and businesses – and wanted to relieve them of the burden their actions carried. In Nashville, black college students culminated their efforts by marching to Mayor Ben West’s office and confronting him on the plaza leading into the municipal building. With reporters present and cameras rolling, Fisk University student and sit-in leader Diane Nash asked Mayor West if he believed, as a man and a Christian, that racial segregation was right. West responded that, no, he did not. It was a signal that the downtown Nashville business community had waited for, and a peaceful process of desegregation began.

Bevel argued to his reluctant colleagues that the image of seeing elementary and secondary school-age children being arrested and taken to jail would embarrass the local business community and jar the conscience of the small but growing number of moderate to liberal local whites who believed that the time had come to move forward. “Most adults have bills to pay – house notes, rents, car notes, utility bills, but young people . . . are not hooked with all those responsibilities,” said Bevel. “A boy from high school has the same effect in terms of being jail . . . as his father, and yet there’s no economic threat to the family, because the father is still on the job.” King was by then tied up in court proceedings, but had given his okay for Bevel to move forward with what soon became known as “The Children’s Crusade.”

On May 2, after a week-long crash course at the Sixteenth Street Baptist Church in non-violence resistance, over one thousand black schoolchildren, ranging in ages from six to eighteen, flooded the streets, parks and sidewalks of downtown Birmingham. Frustrated and angry over this new tactic, Birmingham Public Safety Commissioner Eugene “Bull” Connor ordered the police to turn police dogs on the young demonstrators and commanded firefighters to blast them with fire hoses. The images of young children rolling down the street after being pummeled with water, clinging on to trees and benches in Kelly Ingram Park, located right across from the Sixteenth Street Baptist Church, were captured by reporters from national networks for everyone to see. In Washington, the Kennedy administration watched every moment of this horror and was forced to send Burke Marshall, the assistant attorney general for civil rights, back to Birmingham to broker a peace between the downtown white power structure and the demonstrators. By mid-May, the city’s business community and representatives of the SCLC announced an agreement to begin desegregating downtown stores and other public accommodations. The Children’s Crusade had been a considerable risk for the SCLC; but it correctly understood that children – innocent, hopeful and undeterred – had the power to poke the nation’s conscience in a way that adults talking past each other did not. After a difficult summer, Addie Mae Collins, Denise McNair, Carole Robertson and Cynthia Wesley, ranging in ages from eleven to fourteen, would pay an even greater price when they lost their lives after members of the Ku Klux Klan bombed the Sixteenth Street Baptist Church during Sunday morning church services on Sunday, September 15 of that same year.

I cannot for a moment even imagine what it must be like to have been a student, staffer or teacher at Marjory Stoneman Douglas High School in Parkland, Florida, last week when a crazed AR-15 wielding coward named Nikolas Cruz murdered seventeen people, left even more wounded and scarred for life countless others who will live with this nightmare for the rest of their lives. But I cannot help but think back to the Children’s Crusade almost fifty-five years ago when schoolchildren threw caution and expectation to the wind and forced the nation to examine its conscience when I see the determination of the Douglas High students and the greater Parkland community to press leaders for change. No more meaningless “thoughts and prayers” from politicians; no more hypocritical calls to treat “warning signs” and “mental health” issues by a president who, among his very first acts in office, issued an executive order rescinding a mental health background check on people who want to buy guns; no more “that’s the price we pay for freedom” from lawmakers at all levels who take the NRA’s blood money without a trace of concern.

Earlier this week, high school students gathered at the White House for a “lie-in” to draw attention to their cause. Teenagers have taken to social media to organize a #NeverAgain movement to hold lawmakers and the president accountable. Parents have taken their primal screams of anger public and made clear that this time will be different. At some point, NRA apologists like Florida senator Marco Rubio will be not able to avoid his constituents and neither will the president. Just like Diane Nash on the plaza of the Mayor Ben West’s office, Stoneman Douglas students like Cameron Kasky, Jaclyn Corin, Sarah Chadwick and Emma “We Call B.S.” Gonzalez have shown their courage in standing up to elected power. Just like the children who courageously stood up to Bull Connor’s dogs and fire hoses in Birmingham, students across the country understand that what Franklin D. Roosevelt called a basic civil right – the freedom from fear – is their right, not a privilege. And just like the children of a different time, these students ain’t gonna let no one turn them around.

*Photo credit: By Laurie Shaull (Own Work), Are You Next? We Call BS, student lie-in at the White House to protest gun laws [CC BY-SA 2.0 (https://creativecommons.org/licenses/by-sa/2.0/), via Flickr.