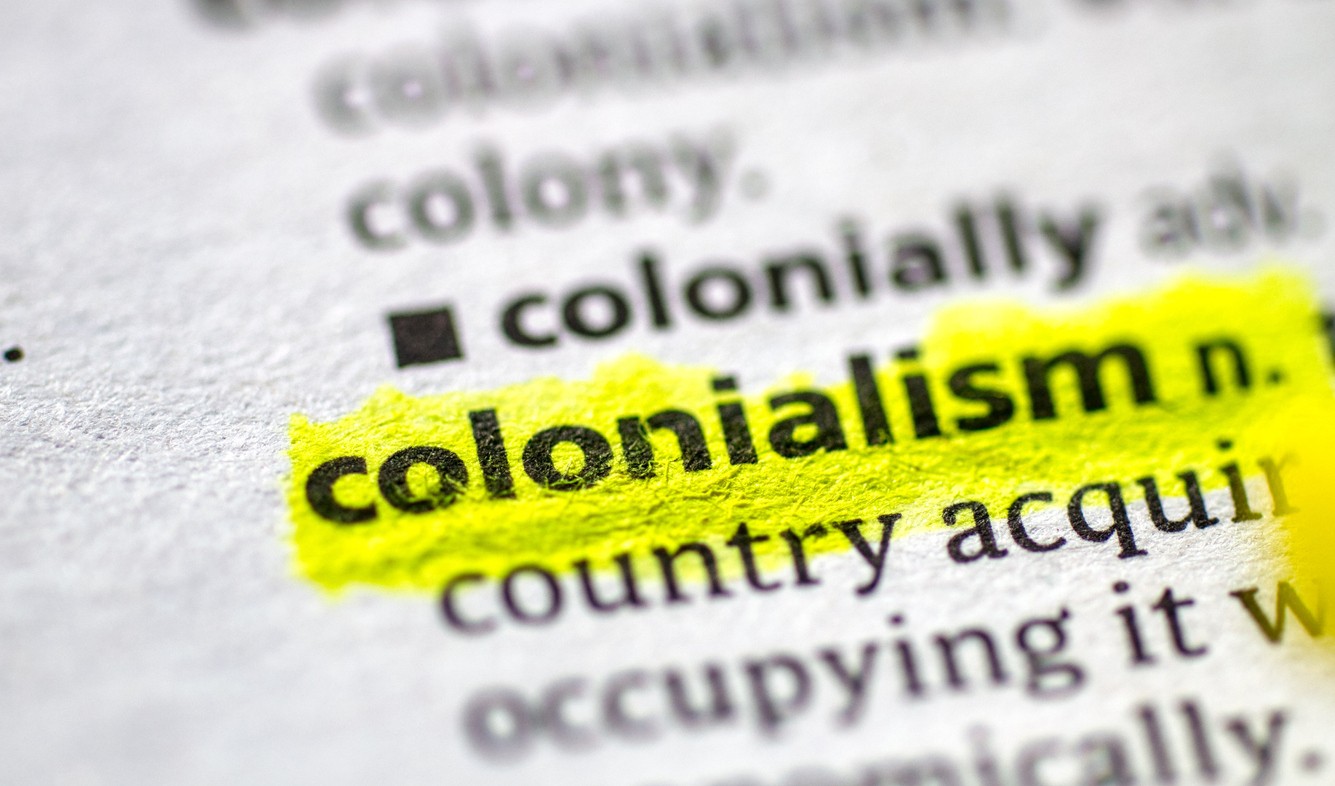 As a law professor who begins every class (no matter the subject) with at least five minutes of discussion about what is happening in the world and our nation, I am struck by how recent student discussions about colonialism deride the British Empire but fail to recognize that the United States—now, today—is a colonialist empire.

America rules over and imposes second-class citizen status on five inhabited island territories in both the Atlantic and Pacific Oceans: Guam, the Commonwealth of the Northern Mariana Islands (CNMI), American Samoa, Puerto Rico and the U.S. Virgin Islands.

Everyone born in those territories (except for those in American Samoa) is an American citizen under the born-on-American-soil equals citizenship provision of the 14th Amendment of the U.S. Constitution. (“All persons born or naturalized in the United States and subject to the jurisdiction thereof, are citizens of the United States and of the State wherein they reside.”)

Each of the five territories has a non-voting (silent) delegate (or in Puerto Rico’s case, a resident commissioner) in the U.S. House of Representatives.  Recall that the U.S. Virgin Islands Delegate, Stacey Plaskett, was a House Manager, (a House prosecutor) on the second Trump impeachment proceeding in early 2021 (related to the insurrection at the capitol.) However, because she resided in a U.S. territory, and not a state, Plaskett, as a non-voting representative from the U.S. Virgin Islands, was barred from voting with other House members on whether and what impeachment charges should be sent to the Senate.

None of the U.S. territories has representation in the U.S. Senate and neither do they have any electors in the electoral college.  Only when the American citizens of Guam, the U.S. Virgin Islands, Puerto Rico, and those of the Commonwealth of the Northern Mariana Islands relocate to one of the 50 states can those island-born Americans vote for president - - even though each of the territories is listed on USA.gov, the official web portal of the United States federal government for states and territories.

Each of the five territories’ non-voting delegate (or commissioner) in the U.S. House has a “house.gov” website and a Washington, D.C. office (with other Congresspeople) at the Rayburn Building. Each territory’s house.gov website makes clear, to some degree, that the territories’ “head of state” is the President of the United States and that their territorial matters are overseen by an agency of the federal executive branch (Art. II of the Constitution) specifically, the U.S. Secretary of Interior and, more specifically, to the Office of Insular Affairs (OIA). With some estimates as high as 98 percent of the residents of the five inhabited territories being of minority descent, congressional oversight of the territories is tucked into committees which also oversee Indian Affairs.

Spanish-American War.  The 10 week-long conflict (what an American governmental official called a “splendid little war”) would help America catch-up to other nations of the world with empire building. America took from Spain such places as Puerto Rico and Guam, joining (at the dawn of the 20th century) the British and other European nations, in manifesting imperialistic dominance over far-away places on the globe.

The Spanish-American war whetted even more U.S. colonial expansion overseas.  Months after the war’s end, America also added American Samoa to its expanse of U.S. territories (secured from the Britain and Germany in 1899), and annexed Hawaii, where in 1893, American corporate interests (headed by a pineapple mogul named “Dole”) operating in Hawaii had forcibly removed Hawaii’s Queen and set up a white-male mainland-directed government on the Hawaiian lands.  America, in a sense of ironic foreshadowing of WW II, would use Hawaii’s Pearl Harbor in 1898 as a naval base to fight the Spanish in the Pacific theater.

According to U.S. State Department archives, for most of the 1800s leaders in Washington were concerned that Hawaii might become part of a European nation's empire so, America ultimately added Hawaii to its list of overseas territorial acquisitions. All of these territories -- whether by conquest or treaty -- would be places where the land acquisition’s inhabitants’ rights, living conditions, and quality of life would be determined by Congress in D.C.

Until the acquisitions from the Spanish-American War, America had had a systematic and methodical way of creating new states from existing territories based on both (i) Thomas Jefferson’s Northwest Ordinance of 1787 (which encouraged state-building and the admission of new states once a territory had sufficient inhabitants and a written governing document) and (ii) two provisions of Article IV, section 3 of the 1787 Philadelphia U.S. Constitution, specifically:

All new U.S. states would have equal footing and equal rights as all other existing states. There would be no stepchildren states.  In the decade before the Spanish-American War (1888-1898) as the 19th century drew to a close, America followed its “all states have equal footing” doctrine and added North Dakota, South Dakota, Montana, and Washington State to the flag in 1889, as states 39 through 42, followed by Wyoming and Utah, 44 and 45 in 1890 and 1896, respectively.

But the anticipated progression from territory to statehood would stop as America, like its mother country, became an empire and extended its territorial reach in the Pacific and Atlantic Oceans.

The federal courts, starting in 1901, gave America (and Congress, specifically) “legal cover” to treat overseas territories differently from those of America’s contiguous land acquisitions.  The cases were even given an arguably pejorative name, “the Insular Cases” from the Latin “insula” meaning island, but in the day also meaning those with a primitive, isolated, or ignorant world-view.

The U.S. Supreme Court, in the case of Downes v. Bidwell (1901) addressed this solely new political question as to how the newly-acquired America territories of the American empire should be treated.

Were the new lands gathered into the American fold “as a result of a successful war” to be treated like the contiguous territories on the mainland or were they “insular” or backward possessions: “inhabited by different races, differing from us in religion, customs . . . modes of thought. . . [so much so that making] “the administration of justice according to Anglo-Saxon principles, . . . for a time [to] be impossible?”

The high court, in the Insular Cases, decided that these American territorial land acquisitions, as they were occupied by uncivilized “alien races” and “savages” who were “ignorant and lawless,” would be given a new status. They would be called “unincorporated” territories where the U.S. Constitution would not be fully followed or incorporated on those lands. These “backward places” would not be on a path to eventual statehood (like the contiguous state territories) and no one in these places could claim the rights of other states and territories.

The Supreme Court’s conclusion? The federal government would be permitted to “rule” Puerto Rico and other territories, largely without regard to the Constitution.

These cases from the 1900s are still good law today, and have been cited as precedent by the U.S. Supreme Court. This occurred as recently as April 2022, when our top court, in

U.S. v. Vaello Madero, ruled that since Puerto Rico was not a state, but only an unincorporated territory, the 3.5 million residents there (even though born Americans), and those of the other inhabited U.S. territories, are properly and constitutionally denied Social Security disability benefits provided to Americans of the other 50 states.

While Hawaii, which had extensive mainland-directed business interests, was granted statehood by Congress in 1959 (with a U.S. Senate vote or 75 (for) and 15 (against) and yes votes of 323 to 89 no votes in the House of Representatives), there was no similar effort on Puerto Rico’s behalf.  This was even though (in addition to Hawaii) other North American land acquisitions became states (Oklahoma, New Mexico, Arizona and Alaska) after Puerto Rico was taken from the Spanish.

That all born in the American island territories in 2022 can acquire American passports (so too with American Samoans although the word “national” is stamped onto their passports instead of the word “citizen”) and live in places where English is the primary language, the U.S. dollar is the currency, and where some of these places have higher rates of military service than those of the 50 states (with American Samoa having had the highest rate of military service enrollment than any other state or U.S. territory, and like Guam, where a significant percentage of the adult population has served in the military) does not obviate the deprivations and differences that American territories face when compared with U.S. states.

These deficiencies include substandard medical care, deficient broadband and wi-fi access, and substandard infrastructure for things like buildings, roads, bridges and drinking water.

And these deficiencies have been revealed to the world, last month, in the aftermath of Hurricane Fiona (a Category 1 storm).

Fiona resulted in catastrophic tropical storm warnings to U.S. territorial acquisitions of the U.S. Virgin Islands and Puerto Rico, and left practically all of Puerto Rico without electrical power.

Being a territory and not a state, has meant that FEMA funds (from the Federal Emergency Management Agency, America’s first responders to natural disasters on American soil) are slow to materialize.

Puerto Rico still has not recovered from 2017’s Hurricane Maria; millions of Americans there lost power and thousands died. FEMA, thereafter, issued an “after-action” report, admitting culpability in creating a humanitarian disaster in the U.S. territory replete with supply shortages and an inability to coordinate logistics with on-the-ground personnel.

And although President Biden, announced on September 22, 2022, that FEMA funds will be headed to Puerto Rico in the wake of Hurricane Fiona, there needs to be more to elevate our sister-territories to state-status, or, at a minimum, provide full access to the privileges of U.S. citizenship to residents of our territories.

The U.S. House of Representatives (non-voting) Delegate to the U.S. Virgin Islands, the Honorable Stacey Plaskett, on her twitter feed last month, best encapsulated the needs of the U.S. territories: “So now that Queen Elizabeth has been laid to rest, can American news networks focus on the devastation in the (ALL CAPS) AMERICA location of Puerto Rico.”

Here are two more actions the U.S. Supreme Court and Congress should take.

To our highest court: overrule the Insular Cases. When Justice Neil Gorsuch, in April 2022, upheld the denial of federal disability benefits to residents of Puerto Rico, he explained in his Vaello Madero concurrence, that he did so because “no party [to the litigation] ask[ed] us to overrule the Insular Cases.” Those cases, he said, were the product of bigotry and have no founding or support in the original words of the U.S. Constitution. The justice wrote, "[n]othing [in the U.S. Constitution] authorizes judges to engage in the sordid business of segregating territories and the people who live in them on the basis of race, ethnicity, or religion.”

And to the Congress: Nothing in the post-Civil War U.S. Constitution authorizes your continued complicity in denying rights to Americans of our current colonial territories. Make the U.S. territories (like Puerto Rico) states.

Rectify, finally, the second-class status that has, in large measure, circumscribed the lives of over 3.5 million people - - far from the mainland who call America home.