All LGBT Eyes Still On SCOTUS: The non-cake related LGBT controversies on the docket 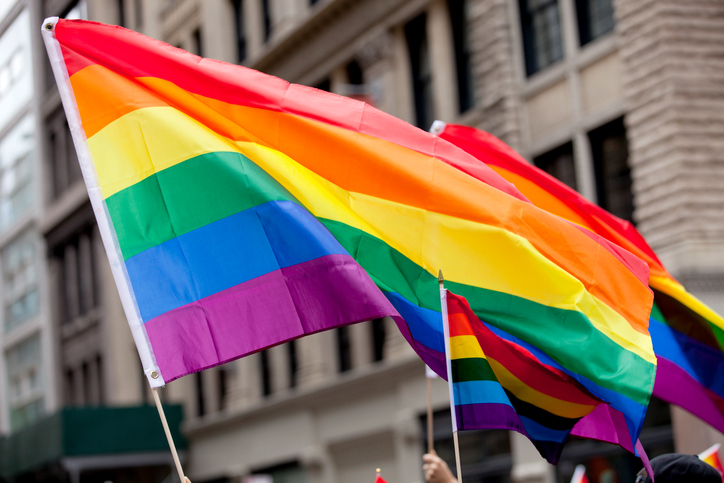 by Art Leonard*, Robert F. Wagner Professor of Labor and Employment Law, New York Law School and Eric Lesh, Executive Director, LGBT Bar Association of Greater New York.The United States Supreme Court ruled on June 4 that overt hostility to religion had tainted the decision process in the Colorado Civil Rights Commission when it ruled that baker Jack Phillips and his Masterpiece Cakeshop had unlawfully discriminated against Charlie Craig and Dave Mullins in 2012 by refusing to make them a wedding cake.

Even though the Cakeshop ruling devoured the headlines, there were a number of other LGBT cert petition pending before the highest court. Here are some of non-cake related LGBT controversies on that Supreme Court docket this Term.

On June 4, the Supreme Court listed for conference the cert petition in State of Washington v. Arlene’s Flowers. Arlene’s Flowers refused to provide floral arrangements for a same-sex wedding, and was found by the state civil rights agency and the Washington state courts to be in violation of the public accommodations statute. If the Court denies the petition, that would reinforce the view that the Masterpiece ruling is narrowly focused. However, a remand to the Washington court could implicitly direct that court to examine the adjudication record for any signs of hostility to religion at any stage in that proceeding.

At the end of May the Supreme Court had received two new petitions asking it to address the question whether the ban on employment discrimination “because of sex” under Title VII of the Civil Rights Act of 1964 can be interpreted to apply to claims of discrimination because of sexual orientation.

Zarda v. Altitude Express - Altitude Express, the former employer of the late Donald Zarda, a skydiving instructor who claimed he was dismissed because of his sexual orientation in violation of Title VII, has asked the Supreme Court to reverse a February 26 ruling by the U.S. Court of Appeals for the 2nd Circuit. The en banc 2nd Circuit ruled, that the district court erred in dismissing Zarda’s Title VII claim as not covered under the statute, and sent the case back to the U.S. District Court, holding that sexual orientation discrimination is a “subset” of sex discrimination.

Bostock v. Clayton County Board of Commissioners - Gerald Lynn Bostock, a gay man who claims he was fired from his job as the Child Welfare Services Coordinator for the Clayton County, Georgia, Juvenile Court System because of his sexual orientation, is asking the Court to overturn a ruling by the 11th Circuit Court of Appeals, which reiterated in his case its recent ruling in Evans v. Georgia Regional Hospital, that an old precedent requires three-judge panels within the 11th Circuit to dismiss sexual orientation claims under Title VII. As in the Evans case, the 11th Circuit refused Bostock’s request to consider the question en banc.

Doe v. Holcomb - The Supreme Court received a petition for certiorari seeking review of the 7th Circuit’s March 28 decision in Doe v. Holcomb, a dispute over the constitutionality of Indiana’s limitation of the right to obtain a legal change of name to U.S. citizens. The “John Doe” plaintiff is a transgender refugee from Mexico, who was brought to the U.S. as a child by his parents, where they have lived in Indiana. Doe was awarded asylum in the US. Identified as female at birth, Doe now lives consistently with his male gender identity, and has obtained many of the necessary documents, but he was advised by the Marion County Clerk’s office that it would be futile for him to file a name-change petition, because Indiana’s name-change law has an inflexible requirement of U.S. citizenship as a prerequisite, not subject to waiver. The case was filed in the U.S. District Court in Indianapolis, naming as defendants then-Governor Mike Pence, then-Attorney General Gregory Zoeller, and other officials. The district court granted the defendants’ motion to dismiss finding that Doe lacked standing to sue these officials. Doe appealed and a 7th Circuit panel affirmed, but on different grounds, finding that the 11th Amendment immunity stood in the way of suing the named state officials. The cert petition, makes a very practical argument about why Doe should be allowed to proceed in federal court on the merits of his constitutional claim. Indiana is the only state that requires citizenship by statute as a prerequisite for a legal change of name, and does not apparently give its courts any ability to waive that requirement in particular cases. The provision was adopted relatively recently, and is clearly part of the overall hostility toward non-citizens by the current Republican-dominated state government.

Rhines v. South Dakota - On June 18th, the US Supreme Court denied cert in a case where jurors sentenced a man to death under the theory he would “enjoy” incarceration in an all-male prison. Charles Russel Rhines was convicted of premeditated murder and third-degree burglary by a jury that recommended imposition of the death penalty in January 1993. Rhines tried to get the district court in a habeas corpus proceeding to consider juror affidavits evidencing that the jury was biased against him because he is gay, and that this heavily factored into the jury’s decision to recommend the death penalty.

For a variety of complex reasons relating to federal procedure, U.S. District Judge Karen E. Schreier found in her May 25 ruling that she was without jurisdiction to consider the merits of his claim. Rhines has a petition for certiorari arguing that the Supreme Court’s 2017 decision in Pena-Rodriguez v. Colorado, provides a basis for reopening his case to consider this evidence. In Pena-Rodriguez, the Supreme Court held that the normal refusal of courts to inquire into the substance of jury deliberations must give way to evidence that the jurors relied on racial stereotypes or animus in their deliberations. Rhines’ evidence goes directly to the death penalty verdict, including sworn statements by some of the jurors that they were aware Rhines was gay and they did not want to send him to live in all-male general population prison setting where he would get lots of gay sex and sexually corrupt straight prisoners, so they recommended the death penalty.