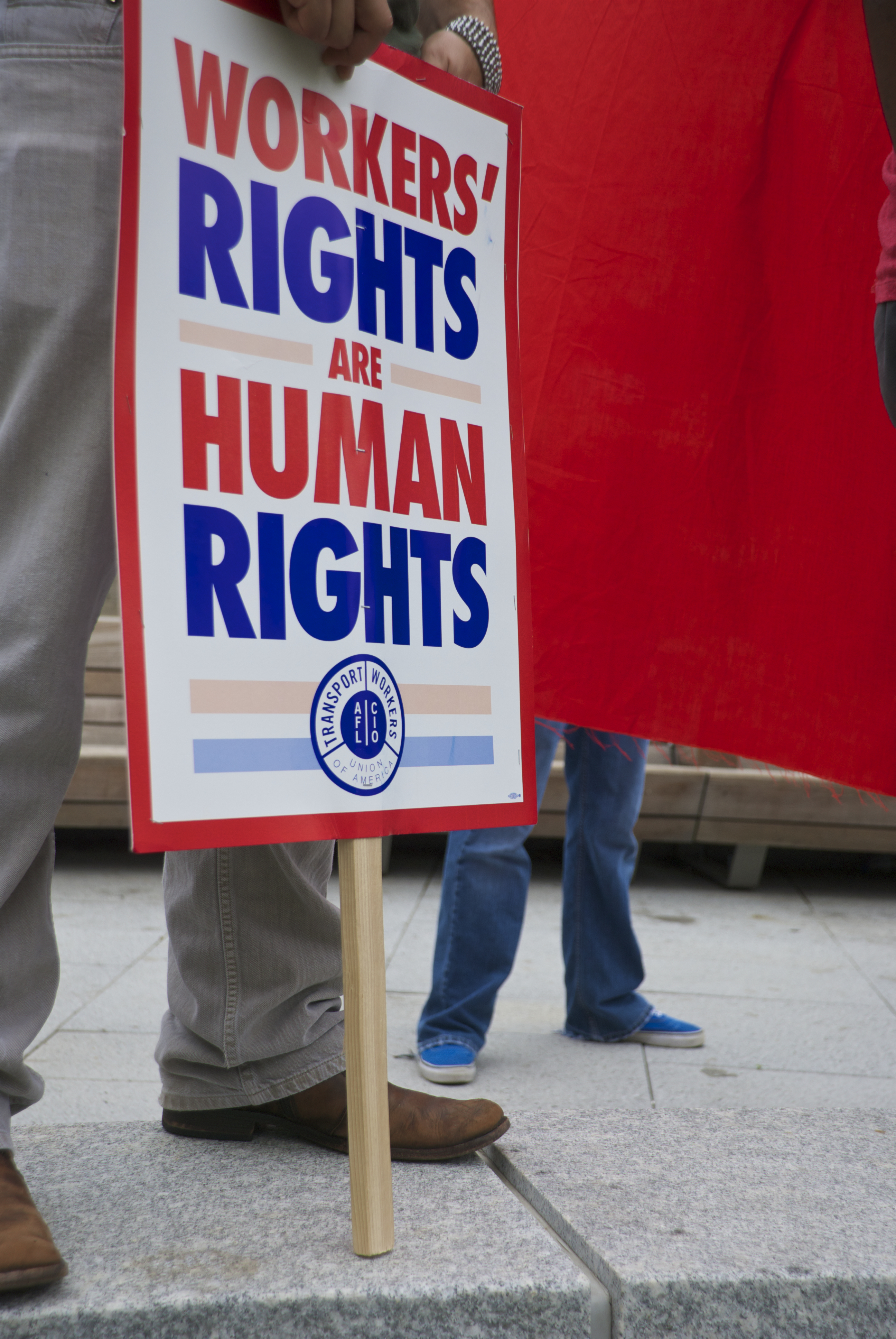 The Trump Administration has managed to combine its disdain for the Medicaid system with yet another attack on American workers. This time it’s targeting home-care providers, a workforce comprised primarily of low wage women of color.

Late last month, the Centers for Medicare & Medicaid Services (CMS) which is part of the U.S. Department of Health and Human Services (HHS) suddenly came out with a new proposed rule.  HHS’s mission is to “to enhance and protect the health and well-being of all Americans.”  Yet this proposed rule rather than protecting public health instead jeopardizes the health and well-being of Americans most in need of HHS protections -- seniors and people with disabilities -- by targeting the union rights of a key sector of the home care workforce that provides them critical services. This proposed rule would prohibit these workers from voluntarily contributing a portion of their own wages to support their union. The proposed rule would also prohibit these workers from making other voluntary payroll deductions for benefits such as health care and retirement accounts.

It is no coincidence that the rule targets home care providers and their ability to come together and support their unions. Over the past two decades, these mostly women workers have formed powerful unions with the Service Employees International Union (SEIU) and the American Federation of State, County and Municipal Employees (AFSCME). By building strong union organizations, they have succeeded in making their home care jobs some of the best in the home care industry. At the same time, they have fought to maintain Medicaid funding for home care services, advocated for quality improvements to the home care system and beat back attempts to limit access to services for the seniors and people with disabilities who depend on their care.

While HHS offers no explanation for its sudden policy shift, the catalyst for this proposed action is clear. Starting in early 2017, anti-worker media outlets began featuring op-eds and other articles claiming that unions were engaging in so-called “Medicaid dues skimming” by “diverting” Medicaid funding from state programs that would otherwise go to providing home care services. In one of the most conspicuous examples of these pieces, failed Labor Secretary nominee Andrew Puzder made the outlandish claim that “unions don’t really represent home health-care givers in the normal sense.”

These claims are without basis. The homecare workers targeted by the NPRM have all voluntarily chosen to join the union and contribute membership dues. The vast majority of union members, including teachers, police officers and firefighters, similarly support their unions through voluntary payroll deduction. If a homecare worker chooses not to become a member of the union or not to contribute voluntarily to a retirement account, the amount they might have contributed in dues or toward retirement simply goes directly to the worker as part of her paycheck. Those funds do not, as these anti-worker groups claim, somehow revert back to the Medicaid system.

Who does the rule impact, should it go into effect?

Home care jobs are among the fastest growing occupations in the country. Ironically, in many parts of the country, they’re also amongst the least attractive.  Home care workers are paid an average of $10.49 per hour and earn about $13,800 annually. Basic benefits like health care coverage, sick time or other paid time off are rare.

These conditions should be alarming not just for the current workforce -- 90 percent of whom are women and mostly women of color -- but because the home care workforce needs to grow exponentially. Ten thousand people turn 65 every day in America, and the vast majority of people want to age with dignity and independence in their home. Our country needs to attract one million more workers to this role by 2026.  While there is an explosion of aging Baby Boomers and others requiring long term care, there is a significant shortage in the home care workforce. In one study, home care worker turnover rates top 60 percent in some markets.  Given the labor intensive and intimate nature of home care services, it is no exaggeration to say that there is no access to care if a worker is unavailable.

This proposed CMS action will exacerbate an already serious problem. If we hope to prevent the current shortage of caregivers from becoming a crisis we must do more to attract people to home care work and we must create a more stable workforce for the Americans who currently count on home care services as well as for the growing population who will need long term care.

All home care workers deserve much more support, particularly for their ability to have a strong collective voice to improve the work they love.  Their continued ability to provide quality care to a growing population of people in need depends on it!