AB5: Regulating the Gig Economy is Good for Workers and Democracy 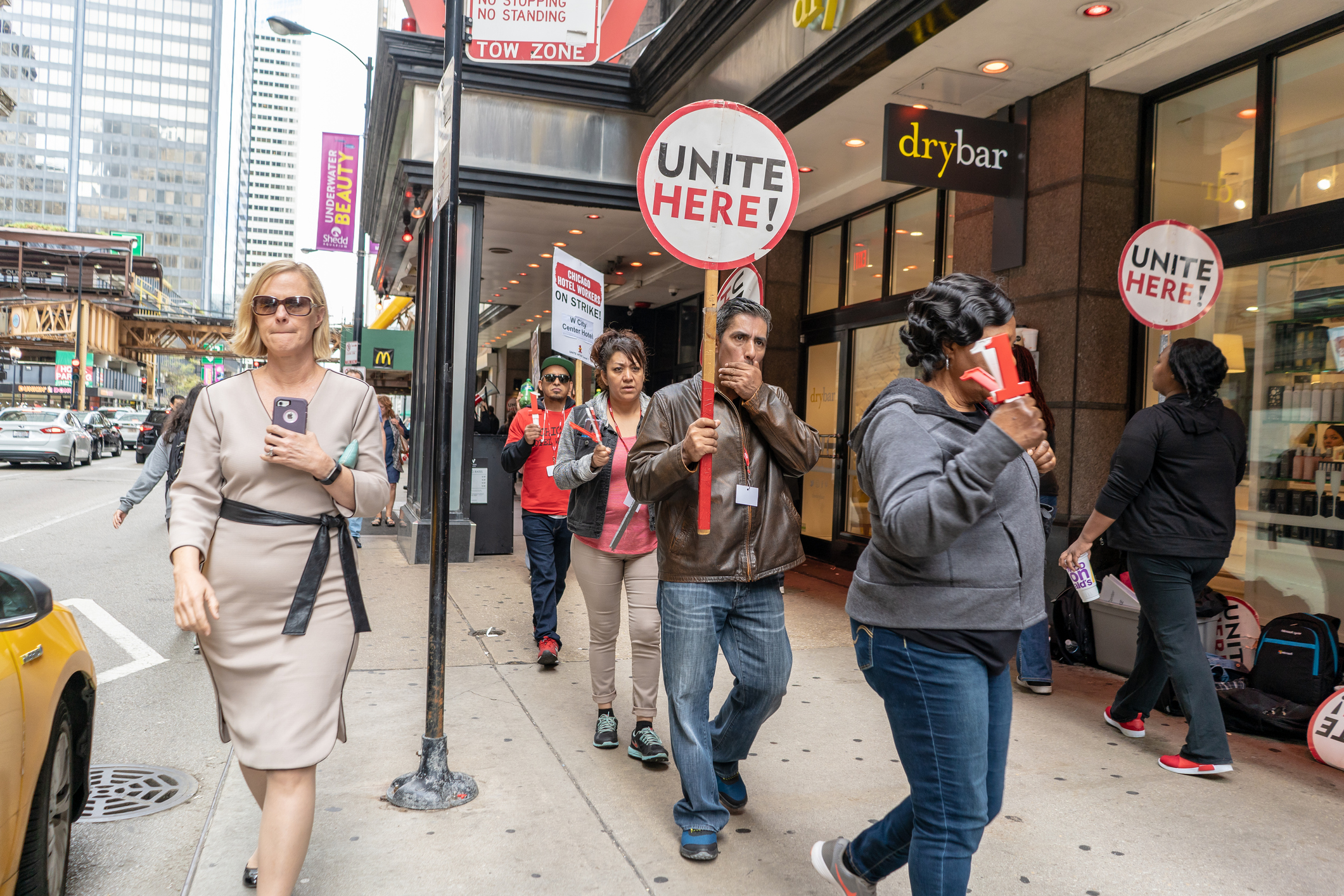 Poverty is not a suspect classification under our Constitution, but it is an affront to life and dignity and to democracy more broadly.  With the evisceration of the U.S. welfare state and the judiciary’s deference to political outcomes in the area of “economics and social welfare,” employment is the primary legal and political means to address economic inequality. In turn, employment is—for better or for worse—key to our democracy.  It provides access to the tools for basic sustenance in modern America: the minimum wage, health insurance, safety net protections, and even the right to organize and collectively bargain. Our capacity to participate in life and partake in politics, depends, in no small part, on our employee status. In the words of political theorist Judith Shklar, “We are citizens if we ‘earn.’”  To this observation, I might add that we are citizens if we earn enough.

AB5—a bill which was just signed into law in California—is the first state law in the country to push back against an alarming trend of the last half decade: the use of app-based technology to proliferate work outside the regulatory framework of “employment.”  The potential for labor platforms relying on non-employee labor to exacerbate poverty looms large in debates about the future of work and of workers.  While the number of app-based workers remains comparatively small, the potential for this sector to grow and for industries to reproduce this model across the service economy looms large.

AB5 is the first significant step in pulling these workers back under the “employee” umbrella. It codifies the presumption of employee status under state law and puts forth an exacting, conjunctive test that hiring entities must meet if they wish to engage workers as non-employees.  Because labor platforms have posed risks to employment regimes and the security of workers the world over, the bill has been internationally lauded and states across the U.S. seek to replicate it.

How did California manage to pass this law, and what implications might AB5 hold for the relationship between work, poverty, and democracy more broadly?

I. Sharing or Taking? The Emergence of Precarious Platform Labor

To understand the significance of AB5 in the broader political and economic context, we must understand how the precarious labor trends it addresses initially proliferated.

Labor platform companies Uber and Lyft first appeared on the streets of San Francisco in the shadows of the Great Recession.  They operated under the guise of sharing and trust-building and launched to a captive audience. In a period of heightened unemployment and distrust in government (on both the left and the right), the companies capitalized on the public appetite for easily accessible jobs and economic re-making to introduce “disruptive” business models built on unregulated, independent contractor labor.  Uber and Lyft (which paved the ideological way for numerous gig companies that followed in their suit) provided traditional taxi services outside of traditional regulatory frameworks at rock-bottom, subsidized prices.  They argued that their technology platforms produced not work—but community.  And their public relations message was that they did not employ people; they empowered them.

Belying this seductive narrative were anticompetitive business practices and insecure work.  The labor platforms set fares, controlled worker behavior through algorithms, and unilaterally (and sometimes inexplicably) terminated workers from the app.  The companies, meanwhile, claimed to facilitate micro-entrepreneurship. In reality, individual workers bore all the traditional risks of business—providing their own car, phone, hybrid car insurance, and gas—but had very little control over the business itself.

II. From Failures to Regulate to Dynamite Dynamex

Despite growing complaints from workers and organized driver protests, regulators in states across the country failed to enforce existing employment laws against labor platform companies, and in some states legalized their independent contractor business models.

This political acquiescence began at ground zero in San Francisco.  When Lyft hit the streets of San Francisco in 2012, the California Public Utilities Commission (CPUC) issued a cease and desist order, arguing that the company was operating illegally. With this order in effect, then-Mayor Ed Lee took a different approach, commending the emergence of Lyft and Uber, launching a Sharing Economy Working Group, and pronouncing June 13, 2013 “Lyft Day.”

The CPUC eventually changed course and began a rule-making process to legalize the companies, noting that the agency sought to “foster innovation.” By regulating this industry state-wide, the agency effectively pre-empted California cities from enacting local regulations.

Hoping that the courts would address the misclassification concern, the CPUC wrote laissez faire rules that were silent on labor issues.  Beginning late in 2013, a number of class action lawsuits were indeed filed alleging the misclassification of workers by Uber and Lyft. But the class actions’ effectiveness as enforcement mechanisms were stymied by arbitration clauses and the Supreme Court’s decision in Epic Systems v. Lewis.

One month before Epic Systems, however, the California Supreme Court decided Dynamex v. Superior Court of Los Angeles.  Dynamex changed California law and the conversation around employee rights in the gig economy.  In Dynamex, which addressed the classification of drivers for an offline delivery company, the Court wrote that the purpose of California wage laws was to “raise living standards” for California workers and their families.  The decision noted how easy it was for companies to manipulate their business models to avoid responsibility to workers under the existing legal test for employment. To address this, the Court revised the state’s analysis of employee status under wage orders.

While Epic Systems hinders the private enforcement of Dynamex, the implications of the Dynamex decision were immediately apparent to the labor platform companies and to drivers. Under the ABC test (under which workers are only independent contractors if they perform work outside the usual course of the hiring entity’s business), analysts agree, there is little wiggle room; labor platform workers are very likely employees.  Gig companies scrambled to leverage their significant structural and instrumental power to create a legal carveout for themselves through legislation.

Rather than wait for the companies to regulate themselves out of employment, California Assemblywoman Lorena Gonzalez introduced AB5 in the 2019 legislative session.  The bill extended the legal precedent in Dynamex beyond wage orders to all California employment laws—including those in the Labor Code and the Unemployment Insurance Code.  It also gave city attorneys the power to enforce the law through injunction.

Given California’s tech-friendly political environment, however, few thought the bill could pass without an exemption for labor platform companies.

During the earlier failure to regulate by courts and legislatures, I interviewed a number of labor platform drivers who lived in their cars or who couch-surfed.  They didn’t make enough to afford rent.  Some of them had—at Uber’s urging—purchased vehicles to work and were trapped in predatory auto loans.  Other drivers I met—migrant workers—came up from Southern California and the Central Valley to drive where fares were higher.  They were all tired of laboring under uncertain conditions.  While not everyone wanted the control that they feared came with employee status, everyone wanted basic benefits like a wage floor and workers’ compensation.

Tired of relying on state actors to fight on their behalf, a number of frustrated drivers started to organize.  Drivers in Los Angeles, for example, founded the Ride-share Drivers United (RDU) in 2018.  Doing what some trade unionists thought was impossible in the atomized and dispersed gig economy, RDU built relationships through one-on-one conversations and weekly meetings.  They orchestrated  actions to pressure state actors and even planned an unprecedented global strike against Uber and Lyft.  In a remarkably short period of time and without funding, the RDU by May 2019 had grown their membership to over 5,000 workers and inspired affiliated grassroots groups in San Diego and San Francisco.

RDU and other drivers groups—including those sponsored by unions and worker centers like the Mobile Workers Alliance and Gig Workers Rising—readily endorsed AB5 and fought passionately to get it passed.  Newly minted Governor Newsom encouraged organized labor to meet with the gig companies to “hammer out a compromise,” but the workers felt strongly that Uber and Lyft’s proposed compromise legislation was unsatisfactory.  RDU members told me, for example, that they were appalled and alarmed that the companies’ proposal required them to exchange basic employee rights for a company-funded “worker association” and portable benefits.

IV. Using Employment to Organize for a Democratic Workplace

Two weeks ago, against powerful odds and powerful actors, the California legislature passed AB5 without a carveout for the labor platform companies.  Last week, Governor Newsom signed the bill, indicating that he wanted to see a pathway to unionization in the gig economy.  (Due to a recent 9th circuit decision stemming from a challenged Seattle collective bargaining law, a state law facilitating collective bargaining may be possible.)

While workers in California await enforcement of AB5 against the company’s threatened intransigence (Uber claims both that it is exempt from the law and that they will fight the law with a referendum), they feel emboldened by this significant victory.  Many believe their organizing potential will grow exponentially under an employment regime; workers who earn a living wage and benefits have time and energy to build power together.

But AB5 itself does not give workers the legal authority to engage in protected concerted activity, and it certainly doesn’t force the companies to collectively bargain with them.  So, what’s next?  What might the road to a union and workplace democracy look like for California’s labor platform workers?

One promising path may be for drivers’ groups like RDU to continue to build collective power and to eventually file for union recognition under federal labor law.  While Trump’s NLRB General Counsel has issued a non-binding advisory opinion calling Uber drivers independent contractors, carved out of the NLRA, federal analysis on the issue might change with business model changes brought on by AB5 and would certainly change under a different administration.

Yet another path may be for drivers’ groups to fight for a radically bold state labor law for all excluded workers. Such a law would not erode—but grow—the hard-won rights under AB5 and allow anyone excluded from federal law to organize to improve their conditions.  The NLRA—since Taft-Hartley—has been decried as being in need of reform, especially for the “new economy.”   As the most progressive state with the highest poverty rate, California could build on the momentum of AB5 and create a state pathway to union recognition that resolves the many hurdles posed by federal law.  A new California collective bargaining law, for example, could make it easier for workers to secure union recognition and better protect their rights to picket, strike, and engage in concerted activity.

In an ironic twist, the so-called “gig economy” may be a political catalyst for both worker-led organizing and the revitalization of labor law.  Under the employment regime authorized by AB5, California’s precarious platform workers will have the power to effectively fight poverty while building a just and vibrant democracy—in the workplace and beyond.