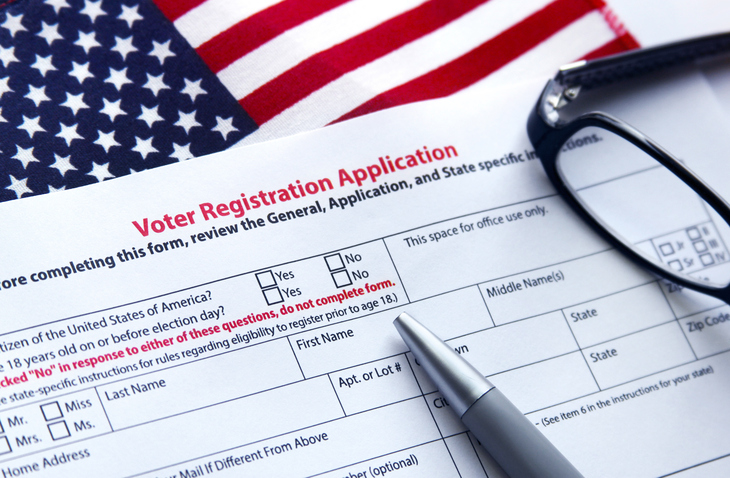 In April 2019, Tennessee enacted a law that would make it harder for individuals and organizations to register people to vote. On September 12, 2019, a federal district court granted a preliminary injunction against the law, finding that the law would unconstitutionally infringe on the rights of those who conduct registration drives.

That’s good news; the Sixth Circuit Court of Appeals should affirm the decision if the state appeals. Imposing arduous rules—such as requirements that groups register with the state before conducting voter registration drives, take a government-provided training, and seek consent before retaining a voters’ information to use in get-out-the-vote efforts—places unnecessary barriers on the constitutional right to vote. Moreover, the law would criminalize groups who turn in too many incomplete voter registration forms while imposing a strict timing requirement on when forms must be turned in. None of these rules are necessary to fix any problems with Tennessee’s elections.

But for legal nerds and those who care about the scope of election law litigation, the path the court took to find the law (likely) unconstitutional was particularly interesting.

The Supreme Court has been somewhat fickle on the level of scrutiny to apply when it comes to the fundamental right to vote. Although in the 1960s the Court often employed strict scrutiny, the Court subsequently adopted a balancing test, frequently referred to as “Anderson-Burdick” balancing after the two main cases that set out the standard, Anderson v. Celebrezze and Burdick v. Takushi. If the Court determines that an election law imposes a “severe burden,” then strict scrutiny applies and the government must carefully justify its practice without receiving any deference. But if the burden the law imposes is not severe, then a lower-level balancing test applies in which the Court weighs the burdens the law imposes against the state’s interest in its electoral practice. Of course, the threshold question—does a law impose a severe burden—is vitally important, but the Court has failed to define that term with any clarity.

Yet there is another strand of constitutional law often at play in these cases, and the Tennessee court latched on to that standard to consider these registration rules. Many election laws also implicate core First Amendment rights of free speech and free association. A regulation on the way in which an organization conducts its registration drives impacts the right to vote but it also may infringe on that group’s ability to speak and associate freely in the political world.

The court explained, citing a case from Florida, that “encouraging others to register to vote is pure speech, and because that speech is political in nature, it is a core First Amendment activity.” (cleaned up). The court also noted that “organizing between individuals in support of registration efforts involves political association that is, itself, protected under the First Amendment.” Thus, the court employed “exacting” scrutiny, which is essentially the same as strict scrutiny, in which it carefully considered the state’s need for the new law and whether the law would actually achieve any valid state interests.

To justify using a First Amendment exacting scrutiny standard, and not Anderson-Burdick balancing, the court noted that registering new voters is part and parcel of political change. “[I]n the American system of governance, every decision to grant, preserve, or take away a right can be traced, in at least some partial way, back to an election. . . . [A] change in the composition of the electorate can lead to the change of any law.”

The court found Tennessee’s justification for the new law sorely lacking. For example, the court explained that although there is a strong governmental interest in ensuring that groups conduct their voter registration activities properly, the state had “offered no evidence” to support the requirements that groups register ahead of time or take a government training. Moreover, these burdens would make it much harder for groups like the League of Women Voters to conduct voter registration drives given that they rely on volunteers. Instead, the rules—including the criminal penalties for filing too many incomplete registration forms—would create a chilling effect on voter registration.

The court also noted that the law would still fail Anderson-Burdick balancing if it employed that standard. But it cast that test aside in favor of a more robust First Amendment inquiry under exacting scrutiny. The court said that Anderson-Burdick balancing is better suited for issues involving the election mechanics itself that do not implicate core First Amendment rights.

Yet that formulation itself begs the question: are there any electoral activities that do not also implicate the First Amendment rights of speech and association? Perhaps, then, this case could stand for a broader proposition: Anderson-Burdick balancing is itself flawed, and the courts must recognize the centrality of the right to vote to our democratic system and impose stringent rules on governments that try to infringe on that right. This decision from Tennessee, striking down onerous rules on voter registration, does exactly that.

Today, on National Voter Registration Day, we must double down on our commitment to ensure that the courts robustly protect the fundamental right to vote, as this court just did. But we also must register to vote and ensure our family and friends are registered, too. Here’s a link.

Joshua A. Douglas is a law professor at the University of Kentucky College of Law. He is the author of Vote for US: How to Take Back Our Elections and Change the Future of Voting. Find him at www.joshuaadouglas.com and follow him on Twitter @JoshuaADouglas.

Democracy and Elections, Importance of the Courts, Voting Rights