A Perfect Storm Threatens the Rule of Law 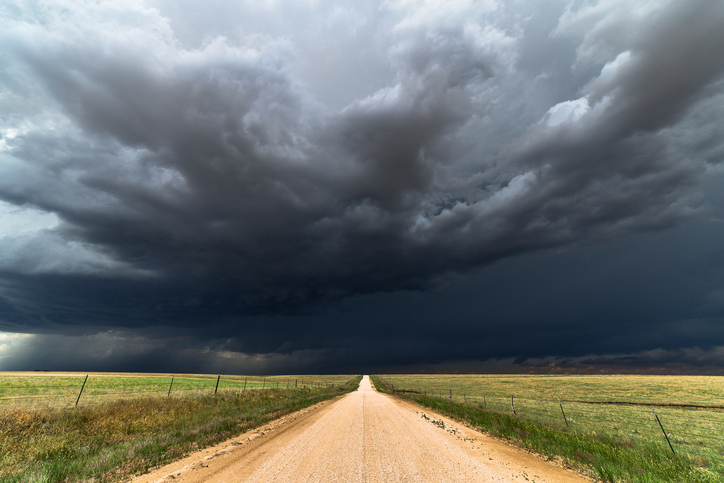 Our nation has survived a sordid past from slavery to the internment of Japanese citizens. It even survived a duel between a sitting Vice President, Aaron Burr, and the former Secretary of the Treasury Alexander Hamilton that resulted in the Secretary’s untimely death. President Franklin Roosevelt tried to “pack the Court” as a counter measure to the “nine old men” who threatened his New Deal legislation. The republic even lived past Watergate and a President who used the power of the office to suppress dissent.

Through the lens of history – and despite the sometimes unseemly cast of characters who have made it – we have witnessed the evolution of a rule of law created incrementally through the recognition of new rights and the balancing of old ones, and with due consideration to revolutions in communication, transportation, and science. From the tired and poor and huddled masses, or immigrants, as envisioned by poet Emma Lazarus, to those with established economic stability, our rule of law, though resilient, is a constant balancing act. And, often, with changing circumstances, it is in need of a rebalance. It is, as Judge Richard Posner might opine, a change in the context that makes us see the text in a different light.

Against this setting, the protocol of the presidency is to tread lightly with due consideration for every step and its consequences for the near and long term. Our rule of law resides not in isolation but as part of a world order. Some common global rules bridge the laws of different nations. But each nation’s laws are established and must be interpreted within the context of culture and history.

Our rule of law permits some play where politics can adjust the balance of power in favor of the well-heeled or the downtrodden. Politics can result in the adjustment or passage of laws that protect immigrants and minorities and it can impact the regulation of business, science, and healthcare delivery.

As much as politics spawns passion and disagreement, it has presumptively existed within the rule of law.

That brings us to Donald Trump. There are bits and pieces of him in our history books, but there has been nothing exactly like him. He has attacked the judiciary, personalizing his attacks on judges and even threatening to split the Ninth Circuit, which is too liberal for his taste. He has invaded the province of the jury by openly criticizing verdicts, and he has even called for an accused to be executed; a request made before the sun even set on the day of the arrest. He used his pardon power to effectively reward a Sheriff who was held in criminal contempt for defying the order of a Republican Judge who sought to restrain discriminatory enforcement of the law. He has intruded into private sector workplaces and business relationships calling for employees – mostly members of the media and even some professional athletes – to be terminated or disciplined. He has attempted to taint the reputations of individuals or businesses who question his rule. He has charged that the New York Times is a “failing” newspaper and that CNN and its correspondent Jim Acosta publish “fake” news when they criticize him. When General Flynn took a guilty plea, he questioned why the Justice Department does not pursue “crooked Hillary” and he referred to the justice system as “cooked.” Unable to contain his ire, he proclaimed that the FBI’s reputation is in “tatters.” After claiming credit for securing the release of a UCLA Basketball player from prison, he launched a verbal assault on the player’s father who did not accord the President enough credit. The President tweeted: “….IT WAS ME. Too bad! LaVar is just a poor man’s version of Don King, but without hair.”

Of course, one must not forget that shortly after taking the oath of office, the President fired the Acting Attorney General who refused to enforce his travel ban. He later terminated the FBI Director for reasons that now merit the investigation of an independent counsel.

And so, some may say, “so what, we have seen it before and we have survived.” Yet, imagine if all of this were occurring amidst the Cuban missile crisis? Actually, there is no need to imagine. North Korea has threatened our destruction with missiles that can now reach our nation’s capital.

And, just as the President has picked fights with newscasters, athletes, leaders of his own party, and vanquished politicians, he has done the same with North Korean Leader Kim Jung Un, the Australian Prime Minister, and even the Mayor of London. His taunting of the North Korean leader leaves little room for negotiation and invites war.

We teeter on the brink of extinction much as we did in October 1963. Yet, 64 years ago the leader of the free world, though inexperienced, appreciated the norms of diplomacy, the perils of his own fallibility, and the horrors of war.

It appears we are amidst a perfect storm: a President whose challenges to the rule of law sow domestic discord; and a President who – unlike his predecessors – disdains seasoned diplomats and advisors. If there was a check on Richard Nixon, it was a Democratic Congress – indeed a bi-partisan Congress – willing to ask hard questions. With few exceptions, this Republican majority in Congress is unwilling to challenge this President no matter what he does.

How will this end? How will it all play out? If Trump is threatened directly with impeachment, how will he lash out and will it have consequences beyond our borders?

Anyone who has a vision for the future – which is the stuff Presidents are made of – has to be concerned. But Trump is a different animal; for a man who lives on Big Mac’s, Filet-O-Fishand chocolate shakes, he seems to lack concern about his own future or ours. His trail of lies and half-truths speak to a man who wants to get past the moment leaving the consequences for tomorrow and another lie.

We are at a place in history without precise precedent. It is indeed a perfect storm; hopefully one which we will live to write about.