A New Beginning? Justice Ginsburg and the Equal Rights Amendment 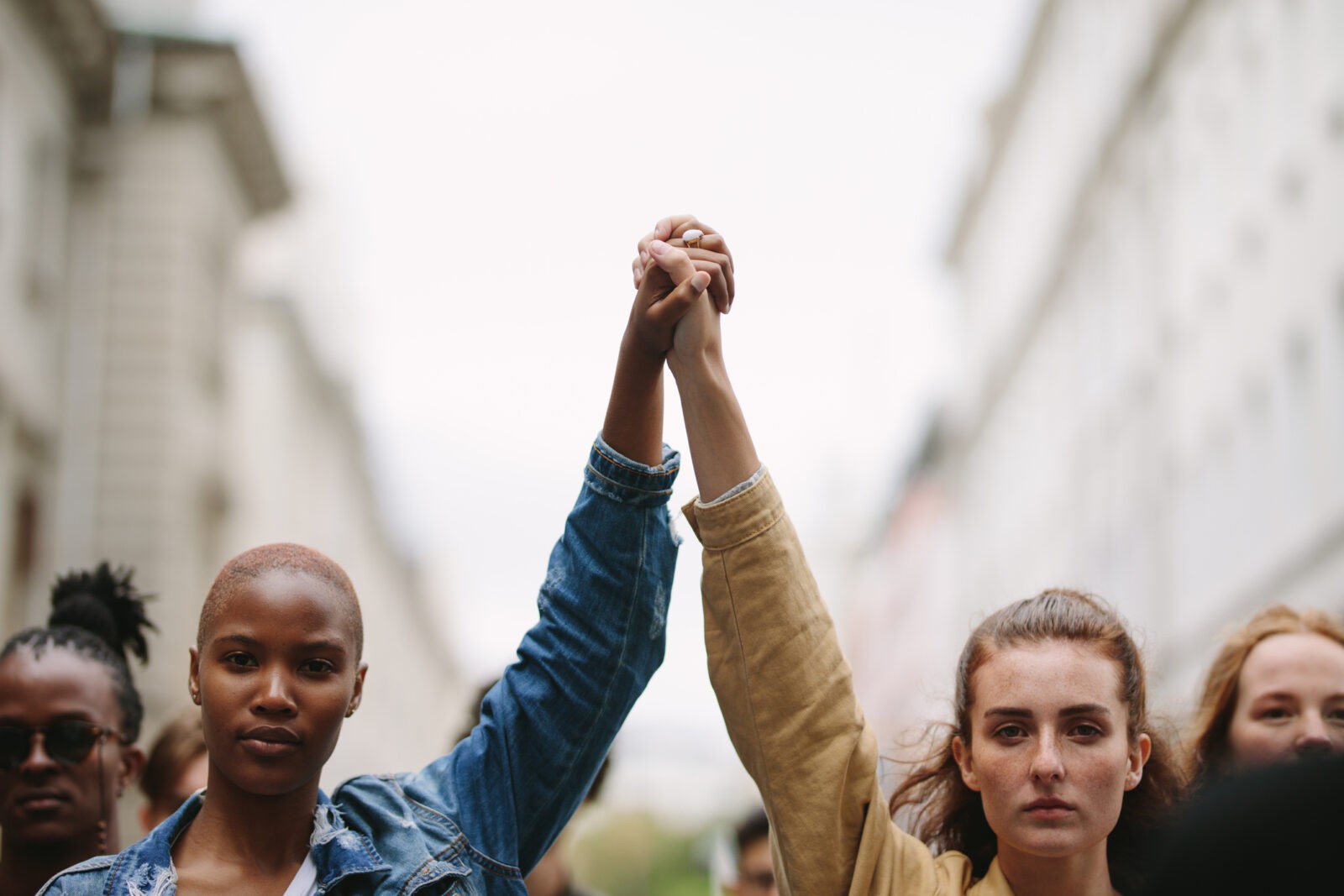 Timed to honor Women’s History Month, the House voted last week to remove the time limit on the ratification of the Equal Rights Amendment (ERA). The ERA, which would explicitly enshrine sex equality in the Constitution, was proposed by Congress in 1972 and sent to the states for ratification within seven years.  A supermajority of the states – 35 of them – ratified the ERA by 1977, but that was still three states short of the 38 needed to constitute the three-fourths of the states required under Article V of the Constitution.  Congress extended the deadline by another three years, but no additional states ratified the ERA until 2017, decades afterwards. Three states – Nevada, Illinois, and Virginia, ratified the ERA from 2017 to 2020, leading to litigation in courts and resolutions in Congress aiming to overcome the ratification deadlines.

The late Justice Ruth Bader Ginsburg was a lifelong proponent of the ERA.  While she litigated cases to persuade the Supreme Court to scrutinize sex discrimination under the Fourteenth Amendment through the 1970s, she developed a case for the ERA in her scholarly writings.  She argued that an explicit textual guarantee of sex equality in the Constitution was needed to give coherence and legitimacy to strong doctrinal development of the principle of gender equality. In the absence of a clear constitutional declaration of the equal citizenship stature of men and women, courts hesitated to develop the principle robustly, RBG wrote in 1979, because judges were understandably uneasy about stepping into “the gray zone between interpretation and alteration of the Constitution.”

Even though the Supreme Court that she joined did in fact shape sex equality as a constitutional principle in United States v. Virginia in 1996, Ginsburg continued to say, in public speeches, that the U.S. Constitution needed an ERA.  But her argument shifted: she emphasized its expressive, rather than doctrinal significance.  Her granddaughters and all Americans needed reassurance from the text of their pocket constitutions that the equal citizenship stature of women was as foundational to our political and legal order as other human rights, such as free speech.  After World War II, gender equality guarantees became a legitimating feature of every modern constitution.  In February 2020, in a public interview at Georgetown, Justice Ginsburg said:

The Constitution’s Preamble says, ‘We the People . . . in Order to form a more perfect Union.’ The Union will be more perfect if we added this clarion statement to our fundamental instrument of government: Men and women are persons of equal-citizenship stature. . . . Why should the rest of the world have the equivalent of an ERA while the United States lags behind?

However, it was the opponents of the ERA, rather than its proponents, who quoted Justice Ginsburg in the House floor debates about the future of the ERA last week. In that 2020 Georgetown interview, when asked for her prognosis for the ERA after the late ratifications by three states, Justice Ginsburg had replied:

I would like to see a new beginning. I’d like it to start over. There’s too much controversy about a latecomer like Virginia ratifying long after the deadline passed. Plus, a number of states have withdrawn their ratification. If you count a latecomer on the plus side, how can you disregard states that said, ‘We’ve changed our minds’?

ERA opponents in the House quoted these words to argue that the only legal way to add the ERA to the Constitution now is to introduce it anew, and that keeping the ERA alive by removing the deadline would be illegal.

This position misapprehends Justice Ginsburg’s impromptu preference for a “new beginning” as a legal ruling about what the constitution requires.  But Justice Ginsburg’s 1970s scholarship and congressional testimony as a law professor laid out reasoned arguments for why Congress had the constitutional power to change the ERA’s ratification deadline.  Although the situation in 2021 is different, in that Congress’s action would change the deadline retroactively by removing it rather than extending a deadline before it arrived, RBG’s careful reasoning about the legitimacy of the ERA deadline extension is as applicable to the current deadline removal effort.

RBG understood that Congress was the “director of the amendment process.” She described the ratification deadline as “a procedural fact of the amendment process.” Article V authorizes Congress to “propose” amendments and to designate the “mode of ratification.”  Furthermore, Article I Section 8 empowers Congress to make all laws that are “necessary and proper” for executing its other constitutional powers, including those under Article V. RBG argued, citing Coleman v. Miller, that it was proper for Congress to make the political judgment as to whether the public interest and relevant conditions warranted a change in the ratification time period, in much the same way that legislatures could decide to extend statutory statutes of limitations.  The ERA’s time limit was placed in the preamble to the proposed ERA and not in the constitutional text itself; it said that the amendment would be part of the constitution “when ratified” “within seven years” “by three-fourths of the several states” – leaving it unanswered as to whether it would be part of the Constitution if the states took longer than seven years.  Other ratification deadlines, for instance, that for the Prohibition Amendment, were placed in the constitutional text (and were therefore part of what the states ratified), and used language that explicitly expressed the intent that the amendment proposal expire if not ratified within seven years; Section 3 of the 18th Amendment reads, “This article shall be inoperative unless it shall have been ratified . . within seven years.”

There may be policy reasons to decide not to allow the ERA to continue to be ratified over forty years after the “when ratified” time limit, but such policy decisions are the province of Congress, rather than the courts. This is consistent with the recent dismissal by a district court of the case brought by the three late-ratified states against the National Archivist, seeking a declaration of the ERA’s validity. As the court dismissed the case for lack of standing, and alternatively reasoned that the seven-year deadline imposed by Congress was legally effective, it explicitly refrained from deciding the “difficult issue” as to whether Congress could extend or remove the deadline to validate the ERA’s resurrection, and the question of whether state efforts to rescind prior ratifications should be given effect.

As for rescissions, RBG testified that it was for Congress to decide, only after the thirty-eighth ratification occurred, whether to count any rescinding states as ratified states.  Indeed, after two states ratified and then rescinded their ratifications of the Fourteenth Amendment, Congress decided in 1868 to recognize that the Fourteenth Amendment was ratified. That step was necessary, though not sufficient, to direct the nation on the long path to racial justice that is still being paved. Although she – and many other ERA proponents – can appreciate the cleaner path of a brand-new ERA, her writings about the ERA and Article V clearly understood Congress to be the proper decisionmaker to resolve the controversy caused by lateness or rescission.  And that is precisely what the resolutions in Congress proposing to remove the deadline on ERA ratification seek to do, now that 38 states have ratified the amendment.

For RBG, Congress was not only in charge of the amendment process; it was also the primary implementer of the Equal Rights Amendment. In the inaugural issue of the Harvard Women’s Law Journal, she wrote:

With the Equal Rights Amendment, we may expect Congress and the state legislatures to undertake in earnest, systematically and pervasively, the law revision so long deferred. And in the event of legislative default, the courts will have an unassailable basis for applying the bedrock principle: All men and all women are created equal.

Section 2 of the ERA empowers Congress to enforce the amendment, and Section 3 delays the effective date of the ERA to two years after the date of ratification, so that Congress and state legislatures would comprehensively review and rewrite laws to ensure gender-equal rights. Courts would play a secondary role, stepping in when legislative action failed to guarantee equality. When Nevada ratified the ERA in 2017, nearly four decades after the deadline, ERA proponents quoted that paragraph from RBG’s article on the floor, affirming the importance of new laws advancing such policies as pregnant worker fairness and pay equity to the amendment’s meaning.

On March 17, the ERA deadline removal bill reached the floor of the House along with the Violence Against Women Act reauthorization bill. That day, the Senate Judiciary Committee concurrently held hearings on the Equality Act, which the House had recently passed.  The next day, the House Education and Labor Committee held hearings on the Pregnant Worker Fairness Act. In the 1971 words of Congresswoman Patsy Mink as she advocated for the ERA on the House floor, the ERA is “constitutional backing” for extensive legislation to eliminate situations that are discriminatory in effect. Such legislation will be critical to overcoming the devastating disproportionate economic effects of the Covid-19 pandemic on women, especially working mothers, who have left the work force in alarming numbers, largely due to the new caregiving burdens created by the shutdown of schools and daycares.  If future legislation to counter the dynamics that push women into traditional gender roles is challenged on other constitutional grounds, the ERA could save such legislation. In this unprecedented female recession, an unprecedented revival of a constitutional amendment on gender equality may be appropriate.

Nonetheless, the questions Justice Ginsburg raised about late ratifications and rescissions point to an important consideration in approaching the novel resurgence of the ERA:  the process by which the constitution changes can shape the change that is achieved. Congress’s process for recognizing that the ERA has been ratified is an opportunity for a democratically elected national body to stimulate a new era of policymaking. The legislative process of hearings and floor debates can articulate the goals of the ERA that have endured since the 1970s and become most urgent in 2021. In this unprecedented gendered economic crisis, a new way of forging a new beginning may be warranted.