Private: A Brief History of Supreme Court Nominations During a Presidential Election Year 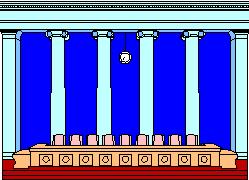 by Neil J. Kinkopf, Professor of Law, Georgia State University College of Law; Professor Kinkopf is the faculty adviser for the ACS Student Chapter at GSU College of Law

Starting almost immediately after the reports of Justice Scalia’s death, there has been controversy over whether President Obama can make a nomination to fill the vacancy and, if so, whether the Senate should consider a nomination given that it is a presidential election year.  President Obama has announced his intention to make a nomination and Senate Majority Leader Mitch McConnell has expressed his opposition, asserting that “[t]he American people should have a voice in the selection of their next Supreme Court justice.  Therefore, this vacancy should not be filled until we have a new president.”

History clearly shows that President Obama is within his constitutional authority in making such a nomination.  History also supplies virtually no support for Senator McConnell’s plan to refuse to consider any Obama nomination.  I have collected the relevant precedents in four tables appended to the end of this post.

The President’s nomination power.  The text of the Constitution grants the President the authority to nominate without qualification (except that his nomination does not blossom into an appointment without the advice and consent of the Senate followed by a commission that has been validly signed and sealed).  This would seem to indicate, though not expressly, that the President may exercise the power at any time while in office without exception.  Practice confirms this.  Presidents have made 22 nominations to fill Supreme Court vacancies during an election year.  In addition, Presidents have made 13 lame duck nominations – nominations made after an election had chosen a new President-elect but before that new President-Elect was inaugurated.

The Senate’s Advise and Consent Role.  “Delay, delay, delay.”  This is what presidential candidate Donald Trump urged the Senate to do during Saturday night’s debate.  Senator McConnell expressed the position more artfully, linking it to democratic principles.  Of course, the incumbent President was elected to make nominations and the incumbent Senate was elected in part to perform the constitutional “advise and consent” role.  Again, practice is instructive.  In none of the 36 instances cited above does it appear that the Senate refused to consider a presidential nomination on the grounds that no nomination should be made.  Indeed, the President’s election year nominee was confirmed in 11 of 22 cases.  (This success rate is skewed by President John Tyler, who nominated 3 individuals seven separate times during the 1840 election year.  None of the three was ever confirmed.  Discounting this episode, Presidents were successful in 11 of 15 cases.)   Of the 11 nominations made by lame duck Presidents, 7 were confirmed.  This should stand as powerful practical evidence that nominating and acting on a nomination in proximity to an upcoming presidential election does not offend the principle that the Supreme Court nominations should be accountable to the people.

If we expand our window slightly, the practical case for Senate action is even more powerful.  In 4 cases (including that of Justice Anthony Kennedy), the Senate considered and passed on a Supreme Court nomination during a presidential election year where the nomination had been made just before the year began.  These cases are instructive because the Senate could have followed the “delay, delay, delay” prescription but did not.  Finally, in 10 more cases, the Senate acted on a Supreme Court nomination with less than a year until the next presidential nomination (i.e., during November or December preceding an election.)  In 8 of these cases, the nomination was also made within one year of the next presidential election.  In 9 of these 10 cases, the Senate confirmed the President’s nominee.

Proponents of delay are apt to find support in Abe Fortas’s 1968 nomination to become Chief Justice.  They shouldn’t.  It is true that the nomination was filibustered and the Senate failed to invoke cloture.  But this was because of significant opposition to the merits of Fortas’s candidacy.  The filibuster was not maintained on the grounds of the impending election, but rather because of serious concerns about Justice Fortas’s ethics and fitness.  (Indeed, he resigned his office as Associate Justice shortly afterwards in no small measure to forestall a brewing impeachment movement.)

Table 4:  Advice and Consent within One Year of a Presidential Election

The Trump Subpoena Cases: More Losses Than Wins for the President, but No One Is Going to See His Tax Returns Soon