This appendix is a part of the ACS Issue Brief “A Right-Wing Rout: What the 'Roberts Five' Decisions Tell Us About the Integrity of Today's Supreme Court” by Sen. Sheldon Whitehouse

The following 73 cases are those in which a majority opinion by the Roberts Five (Justices Roberts, Alito, Kennedy, Thomas, and Scalia or Gorsuch) served one of the following conservative interests: (1) controlling the political process to benefit conservative candidates and policies; (2) protecting corporations from liability and letting polluters pollute; (3) restricting civil rights and condoning discrimination; and (4) advancing a far-right social agenda.

Where appropriate the appendix also identifies the judicial principles these conservative justice generally espouse, but which they arguably disregarded in these cases to achieve a desired outcome, including: (1) stare decisis; (2) judicial restraint; (3) originalism; (4) textualism; and (5) aversion to fact finding. 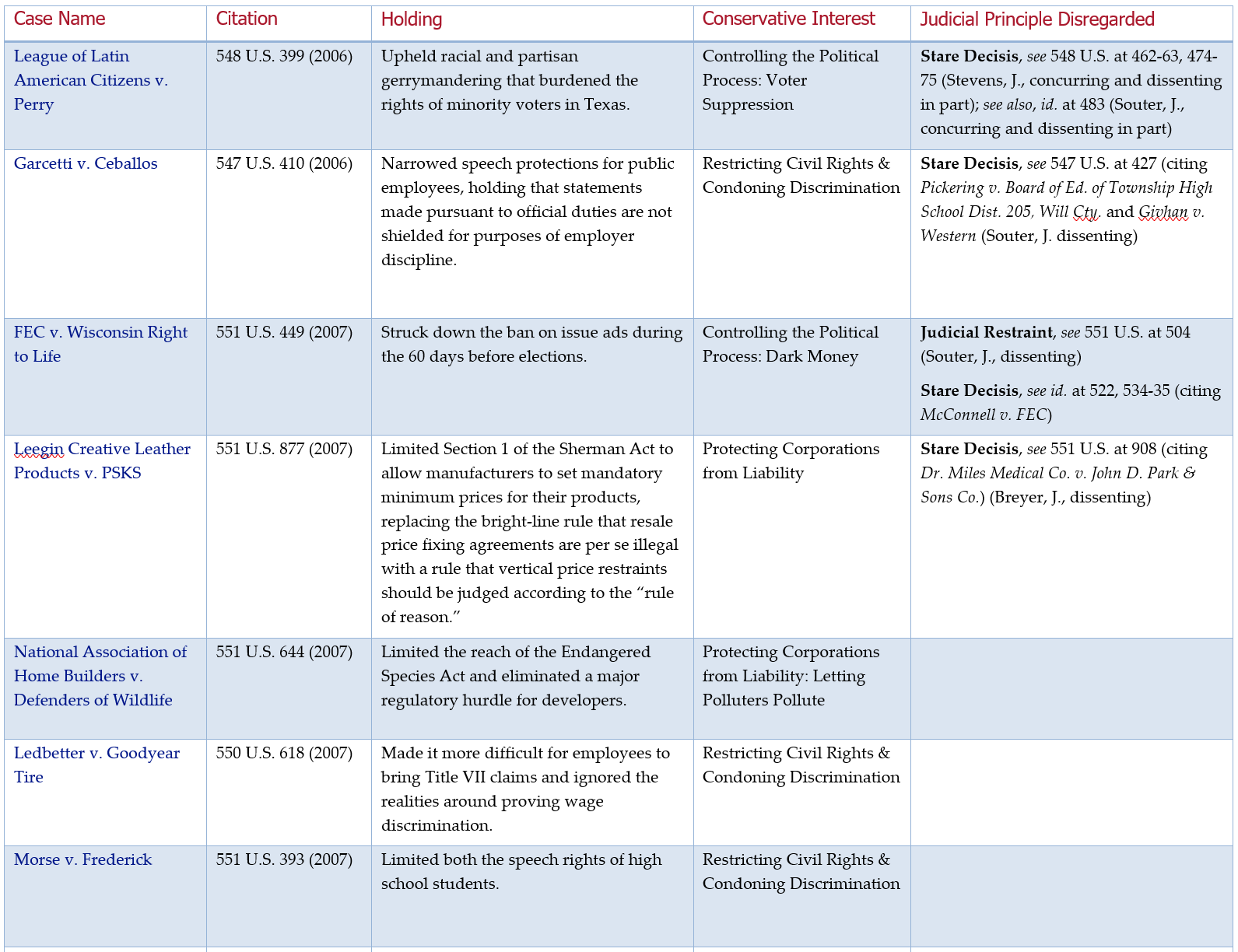