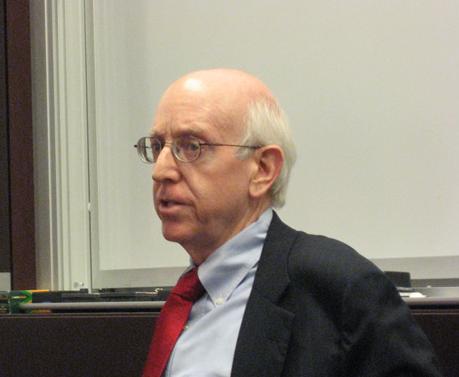 In an interview with The Huffington Post, federal appeals court judge Richard A. Posner ponders his longstanding support of free-market capitalism. As noted in the interview, Posner's changing thoughts on capitalism are expounded upon in a forthcoming book, A Failure of Capitalism. Posner, a judge on the U.S. Court of Appeals for the Seventh Circuit and a prolific writer, told Marcus Baram for The Huffington Post that the current and severe economic downturn helped spurs his rethinking on capitalism. He also said that he believes greater regulation of the financial markets is warranted.

The free-market structure, Posner continued, encourages bankers to maximize profits while not worrying about the impact to the greater economy. "You can't expect [an] individual firm to be worrying about what his collapse will do to the rest of the economy. That's why you need government regulation of banking," he said.

For more of Posner's thoughts about the government's response to the economic crisis see, The Becker-Posner Blog.