Creating Space for Myself as I Prepare to Enter Law School 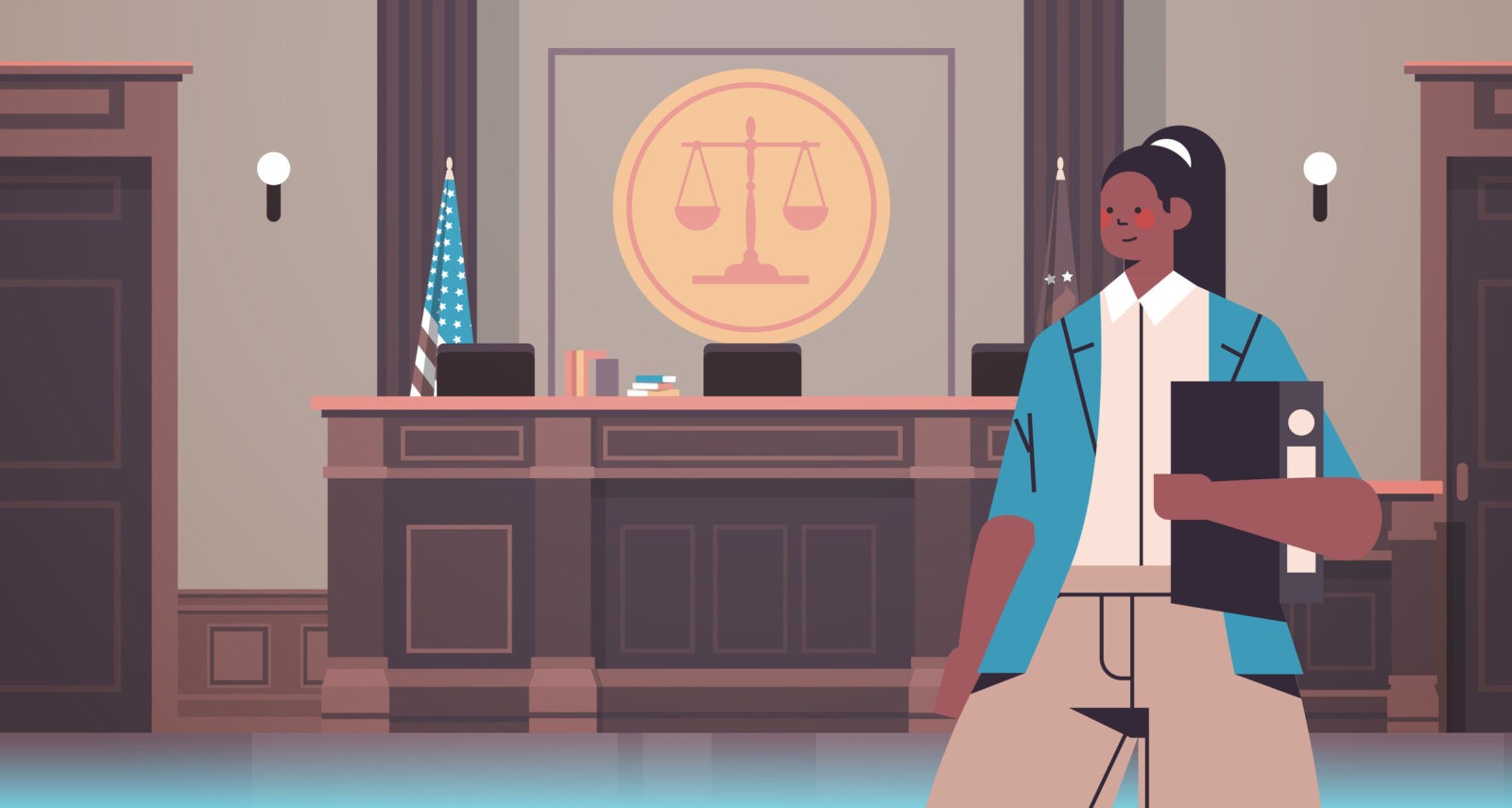 As a Black Latina woman embarking on my journey to law school, I recognize that the space I am entering has never been a space for Black women. Prominent Black women who have dared to enter and succeed in the legal field have typically been forced to blaze paths for themselves in unique ways. Among others, Michelle Obama, Stacey Abrams, and Kimberlé Crenshaw come to mind.

In Michelle Obama’s book, Becoming, she describes her conscious efforts to maintain a blemish-free resume and history. By working towards and creating a picture-perfect resume, Obama aimed to ensure there would be no reason to regard her as inferior or unqualified in comparison to her White counterparts. As such, Obama carried the burden of being the only Black woman at her law firm, and in many other professional spaces.

Similar to Michelle Obama, Stacey Abrams also had to establish a blemish-free resume. Having grown up in the South, Abrams focuses her work on increasing voter turnout in historically Black and underrepresented neighborhoods throughout Georgia. More recently, her work on the local level had a national impact, leading to a key victory in the 2020 presidential election for Joe Biden and Democratic control of the Senate. As a result of her leadership, Abrams was the first Black woman to become a gubernatorial nominee for a major political party in the United States.

Trailblazing her own path in legal academia, Kimberlé Crenshaw addresses the intersections of race and gender issues as a leading scholar in Critical Race Theory. Seemingly without regard for the sentiments of White fragility, she exposes the patterns within anti-Black spaces that are perpetually and systemically oppressive towards Black women. In doing so, Kimberlé Crenshaw created space for other Black scholars to candidly join the discourse around the impacts of race and gender in the law.

The stories of these women remind me of the importance of self-reflection in the midst of entering a new space – law school, and eventually, the health law field. I will have another opportunity to impose my identity on this unfamiliar environment and I must decide how I will create space to do so. This decision is largely based on how anti-Black the new environment seems.  When entering an environment that does not seem very anti-Black, I am afforded the confidence to enter as the more wholistic version of myself. In this environment, I am not afraid to question ideas and opinions that I struggle to understand, nor do I shy away from contributing my own, often differing, opinions when appropriate. Contrastively, when I enter an environment that I perceive to be very anti-Black, I immediately feel that I must protect my peace and present the most watered-down version of myself. In this environment, creating space for the wholistic version of myself seems like it could do more harm than good, so I aim to mold myself into the most easily-received persona for my environment.

Presenting a more accurate version of myself only when I deem a space as not unbearably anti-Black is a conscious decision that I make every time I enter and gauge a new environment. Ideally, entering law school and the health law field will mean creating space for the more wholistic version of myself, rather than a watered down version of myself. For me, this means attending a law school that is the least anti-Black, and supports how I succeed best.

For better or for worse, this likely does not tell a story as prodigious as the aforementioned trailblazers. In light of some self-reflection, I recognize that I succeed best when I am not forced to be the trailblazer, but perhaps instead the token. For much of my life, I have been the token in White, academic spaces, but I have not been the first and only token. I found the most success while navigating new environments when I knew of others who were simultaneously enduring the same experience. I also considered this to be the easy way out. By not bearing the mental or emotional burden of being the first and only Black woman to enter a given space, I believed I was somehow less strong, less ambitious, and less impactful than the many Black women who were forced to pioneer their entry. However, I have come to realize that when I do not have to carry the burden of trailblazing I am allowing myself to be stronger, more ambitious, and have even more room to push the unspoken, but ever-present borders. Thus, creating space for myself involves choosing to attend a law school with well-established community outlets, including an active Black Law Student Association, a Latinx Law Student Association, and/or a first generation law student organization.

Entering this new environment will require me to continuously adjust how and where I choose to make space for myself. Similar to Michelle Obama, Stacey Abrams, and Kimberlé Crenshaw, I do not, and will not know what it is like to enter a White space and not feel the burden of trying to maintain a spotless resume as one of the few representatives of my intersectional identities. On the other hand, I have the privilege of analyzing their unique approaches, and incorporating aspects of all three women who created space for me to embark on my own journey to law school. Like Michelle Obama, I will continue to aim ahead of the curve, even through the most challenging of times, in order to never allow for a reason to seem incompetent relative to my White counterparts. Similar to Stacey Abrams, I plan to focus my interests of expanding and improving access to quality health care by beginning at the local level. In following Kimberlé Crenshaw, and many other Black legal scholars, I plan to join the discourse in legal academia to encourage and uplift other Black voices that aim to move beyond the dichotomies that frequent conversations surrounding health law.

Like health law’s complex nature, so too is the task of navigating the legal field as a future, first-generation lawyer and a Black, Latina woman. Undoubtedly, we, as Black women, cannot and should not all have to be trailblazers – but as we utilize the paths and efforts of the many trailblazers we must continue to make space for diverse voices as we move to change the legal landscape to better benefit intersectional Black lives.